'My mother didn't do stress, she lived life to the full,' sad passing of radio stalwart 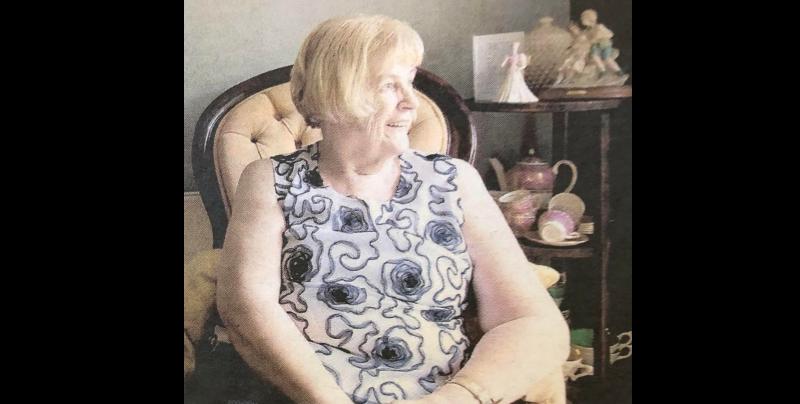 The late Marie Ryan, Garnacanty, Tipperary, who passed away on August 14, 2022

One of the last remaining stalwarts who fought for the retention of Tipperary Mid West Radio as a community service, passed away on Sunday, August 14, 2022.

Throughout the 80s and into the 90s Marie Ryan of Garnacanty, Tipperary, worked side by side with the late Seán Kelly, to ensure that the station would be retained by the shareholders for the community, and together with the assistance of a number of volunteers they engaged in a protracted period of fundraising to steer it through its financial difficulties and ensure its retention.

Along with this, Marie also took on a voluntary role as Head of Programming and while this was a voluntary position, she treated it as her job and gave 100% to the role.

Marie was not new to radio as she had been a regular presenter on the former TCR (Tipperary Community Radio) where she presented the Hospital Requests show, so she transitioned easily into a presenting role with the newly licensed Tipperary Mid West Radio.

She became a member of the Board of Management and acted as Secretary to the Board and was the “right-hand woman” to the late Seán Kelly, who was Chair of the Board.

Marie was strongly supported by her late husband, Noel, who was also a presenter with the station and was known far and wide for promoting “shop local”.

Marie and Noel were married in England in 1958 by the late Fr Jim Allis, and on returning to Ireland they lived in Dublin before moving to Galbally when they purchased The Starlight Lounge.

In 1981 they moved to Garnacanty and Marie immediately threw herself into community life in the town. She got involved in the “Tipperary Workshop Ltd” which later became the Moorehaven Centre and also the Tipp Musical Society.

However it was the radio where Marie devoted enormous amounts of her time as she never tired of being involved in the day-to-day aspects of broadcasting. In fact it was only some health difficulties that eventually forced her to retire from the station.

After her time in radio she liked nothing better than to meet up with some of her radio friends usually on a Tuesday afternoon to chat about old times.

In around 2007, Marie was diagnosed with Alzheimer’s and was very open about telling people that she had the condition.

Indeed Marie coped remarkably well with Alzheimer’s and often people would look at her in puzzlement, as if to say how can someone so coherent be unwell.

In 2010 Marie was part of a consortium which successfully bid for south Tipperary to be chosen as one of four pilot projects in Ireland aimed at developing and testing new service models to assist in diverting people with dementia from institutional care.

The project, which was supported by the charity Genio, was led by Dr Caitríona Crowe.

In an interview in 2012 about her diagnosis of Alzheimer’s, Marie said: “I feel there is a lot more to be done for Alzheimer’s. I get satisfaction out of telling people. They need to know. I think people let it go too far before going to the doctor. Only the person who is suffering knows what it is like. It is very important to be able to help people in their homes and in the community.”

CARED FOR BY SON NOEL

Luckily Marie was extremely well cared for at home in Garnacanty by her son Noel, as he had also done for his father.
A special tribute was paid to Noel by his younger brother Kieran in the eulogy at the funeral Mass on Tuesday, August 16.

Indeed Kieran also reminded everyone that Marie’s birth name was Isabella Mary McCarthy and that she was born on December 10, 1941, the only child of Paddy and Kathleen McCarthy of Dillon Street, Tipperary.

Going through her life he spoke of the importance of family and of the love that she had for all her sons, Liam, Noel, Kieran, Pat and Donal, for their spouses and for her much-loved grandchildren.

He also spoke of the special bond that existed with her first cousin Mary O’Dwyer (née Lowry), which was like that of a sister, and of how their travels to different parts of the world continued for over 20 years.

Marie’s final illness was not prolonged and that was accepted by the family as a blessing.

Kieran’s final words in the eulogy at the Mass summed up Marie when he said: “My mother didn’t do stress, she lived life to the full,” and so she did.

After the funeral Mass Marie was laid to rest in St Michael’s cemetery alongside her much-loved husband Noel.