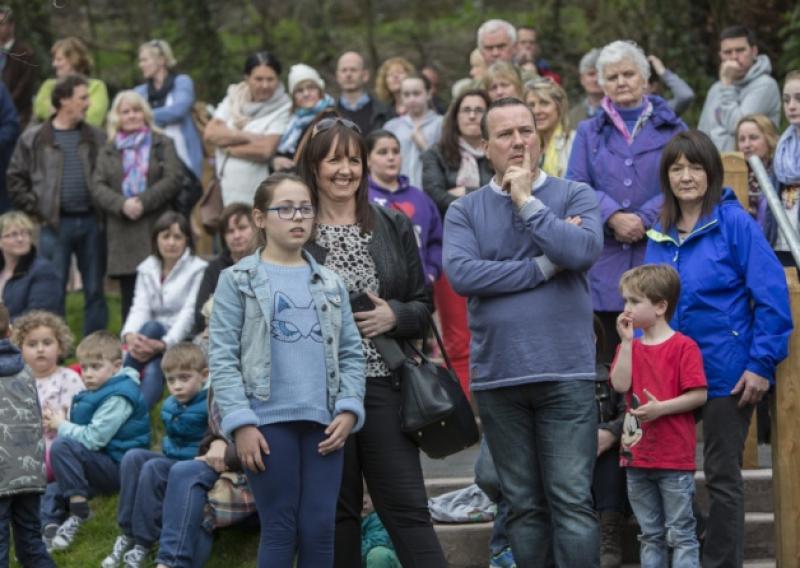 Expressing the hope that it would bring joy, relaxation, creativity and entertainment to the people of the town,

Expressing the hope that it would bring joy, relaxation, creativity and entertainment to the people of the town,

The park was redesigned and redeveloped at a cost of €250,000 and followed what Cllr. Lonergan said was “a year-and-a-half of brainstorming, workshops and public consultation, thanks in no small part to the participation and input of community forum Suircan, residents of the area and the former members of Clonmel Borough Council”.

The land on which the park is located was donated in memory of the late Denis Burke.

The Mayor said there was no better way to pay tribute to a much-loved Mayor and Senator, as he welcomed members of his family to the ceremony. He said that Denis Burke’s memory would live on in the park.

Cllr. Lonergan thanked architect Kenneth Hennessy “for his foresight and ambition, which has seen this park transformed into a beautiful amenity where activities such as walking, picnicking, cycling, jogging, dog walking, fishing, wildlife appreciation and nature study, music, art and craft, gardening and boating will, it is hoped, be commonplace”.

He described the co-operation between Suircan, the former Borough Council and agencies including the South Tipperary Heritage Office as “an excellent example of how the local authority and different agencies could work together”.

The District Mayor also thanked Creative Play Solutions, who constructed “what has to be called an alternative and conventional playground”; Seamus Butler and his team at Marlhill Construction Services who had brought all aspects of the park together; Council officials involved in the redevelopment; and young residents of Cuirt an Ri who, encouraged by the Cluid Housing Association, had created a Banksy-style mural of 30 children on the estate.

Cllr. Lonergan said it was fitting that Clonmel’s own Banna Cluain Meala would be the first to perform in the park’s new natural amphitheatre, at the opening ceremony. He wished the band well when it would represent Clonmel in its sister town in Peoria, Illinois in the United States at their July 4 celebrations.