Tipperary farriers show they are the best in the country 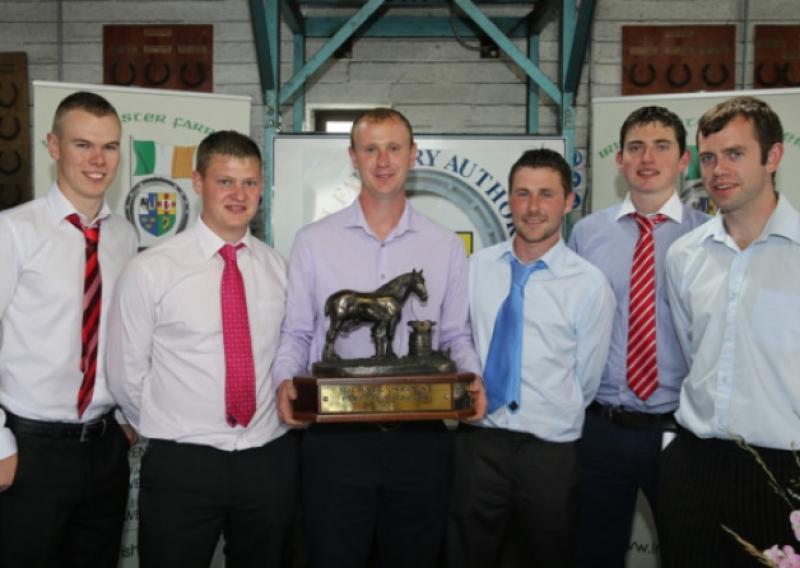 Tipperary farriers featured prominently when the Irish School of Farriery based in Kildare Town held a graduation ceremony for final year apprentices and visiting Omani farriers.

Tipperary farriers featured prominently when the Irish School of Farriery based in Kildare Town held a graduation ceremony for final year apprentices and visiting Omani farriers.

Two of the graduates come from the county – Reamonn O’Connor from Fethard, who took the top award, and Daniel Maher from Templemore and also one of the award recipients, Eddie Channon, comes from Clonmel.

Kildangan Stud’s Joe Osborne, who is involved with the school through its governing body the Irish Farriery Authority, opened proceedings by welcoming guests and congratulating the graduating groups.

Local TD Martin Heydon observed how farriers are an essential component of the great equine industry we have in Ireland. He noted that the key role of farriers was never more evident than at the recent Irish Oaks when the assistance of a farrier was urgently required by one of the favourites prior to the race.

Other guests included the CEO of the British Racing School Grant Harris, Director of RACE Keith Rowe, representatives of SOLAS (formally FAS) and family and friends of graduating farriers.

The first presentations made were to graduating SOLAS apprentices who recently completed a seven Phase FETAC approved apprenticeship. Three phases of this apprenticeship, totalling 40 weeks, were spent on off-the-job training at the Irish School of Farriery. It was during this training that the apprentices honed their shoemaking skills and were given detailed instruction on many subjects – including Equine Anatomy and Physiology, Foot and Limb Conditions and Business Management.

The group were well represented geographically, with apprentices coming from Cork, Limerick, Kildare, Tipperary and Cavan. The Michael Osborne Perpetual Trophy for top apprentice was awarded to Reamonn O’Connor from Tipperary. Daniel Maher was also in this group

The awarding of the perpetual trophy was followed by certificate presentations to three Omani farriers who recently completed an eight-week bespoke farriery course at the Irish School of Farriery.

A presentation of a FETAC Train the Trainer certificate was also made to Clonmel’s Eddie Channon.