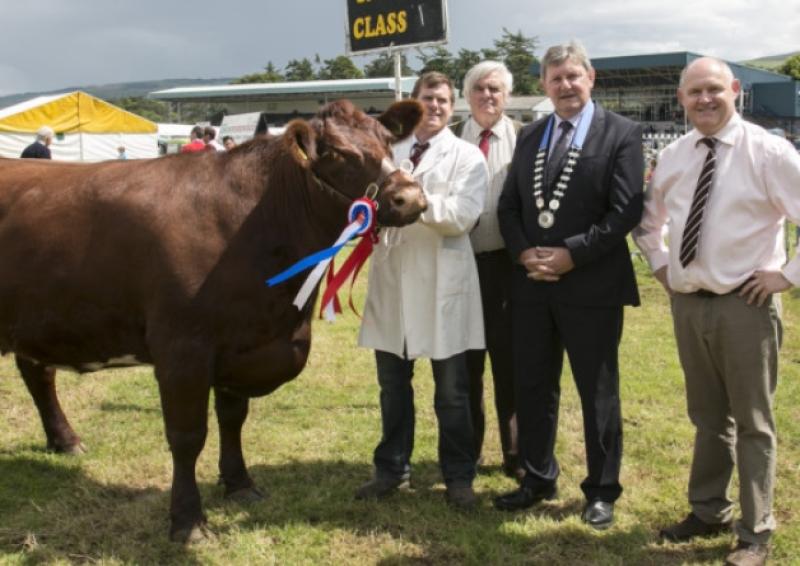 During 2015, Clonmel Show will celebrate its 150th anniversary.

During 2015, Clonmel Show will celebrate its 150th anniversary.

As part of that celebration, Tipperary County Museum (Clonmel) is planning an exhibition of the history and development of the show over the past 150 years.

To make such an exhibition really interesting and worthwhile the Show needs to source various memorabilia, artefacts and other mementoes of the Clonmel Show that may have been collected over the past century and a half by you (the public), your families or ancestors.

He said items loaned to the Museum will be looked-after and returned to their donors after the exhibition ends in late 2015.

In some cases items will be photographed, subject to the owner’s consent, for posterity. The originals will then be returned to their owners. The Museum will endeavour to view all material but may not be in a position to accept all loaned artefacts due to either duplication or quality

“We would also very much appreciate if people with memories, their own or handed down recollections, of shows long ago, might be prepared to meet with us so that these memories might be recorded to form part of the our history and maybe even feature in the exhibition”, Mr Quinlan added.

The first agricultural show was held in Clonmel in 1865 and shows have been held annually since then, with the exception of a few shows missed during both World Wars, the Economic war and in 2001, when there was general cancellation of shows due to some Foot and Mouth cases in Co. Louth.

The first show was held on the lands where the gasworks was subsequently built. It then moved to the Davis Road site where it continued right up to 1998, when the show moved to Powerstown Park . This move was necessitated due to the limited area of the old show-grounds, as the show was expanding its programme of events annually

For the first seventy years most of the horse and livestock entries were transported to Clonmel by rail and then walked down to the show-grounds. Stock was unloaded on an old railway siding beside the Railway Bar (Kitty O’Donnell’s).

Hopefully some photographs of this feature are still available. Saddlery, together with showing apparel has both changed over the past 150 years. Items of period saddlery or clothing would be greatly appreciated and would be returned to the donor after the exhibition closes.

If you are in possession of such artefacts and are happy to share them with the committee for its sesquicentennial celebrations, it invites you to contact Marie McMahon at the Tipperary County Museum, Mick Delahunty Square Clonmel. Marie may be contacted by telephone at 076 1065552 or by email at museum@tipperarycoco.ie If however you wish to contact a show committee person known to you, firstly please do so or contact Victor Quinlan at 087 2460999