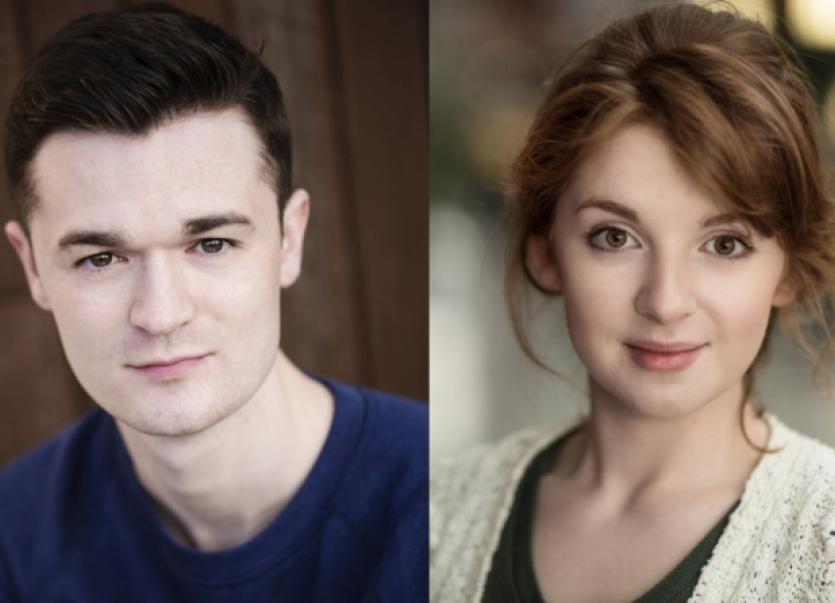 It may not be downtown Los Angeles, but Nenagh is to have a Hollywood feel over the coming month with two feature films being shot in the town.

It may not be downtown Los Angeles, but Nenagh is to have a Hollywood feel over the coming month with two feature films being shot in the town.

Actor and director Jo Southwell, who played Maureen Connolly in RTE’s The Clinic, was in town last week to film part of her first full length feature film, Deirdre of the Sorrows.

Movie award winner Ms Southwell, whose mother, Nora, lives in Bruach Tailte, and whose late father, Alan Kelly, was from Cloghinch, Templederry, previously worked as a teacher in Nenagh and Newport. She filmed on Wolfe Tone Terrace over a number of days, with the rest of the filming taking place in Dublin.

The director / writer of Trampoline, which played to packed houses in the Ormond Cinema on its release, will start work on his latest project, Twice Shy, on June 15 in the town.

And Tom is on the lookout for local actors to join its stars Shane Murray Corcoran, who was in Angela’s Ashes and King Arthur, and rising star Iseult Casey in the movie. The director is planning to shoot a bar scene in Nenagh’s Una Powell’s on June 17.

“I am delighted to be returning to Nenagh to film Twice Shy,” Tom told the Tipperary Star. “The bulk of the shoot will be in Nenagh, with two of the three weeks of filming there.” Twice Shy will also be shot in Dublin and London.

Trampoline was shot on a low budget of around E1,000 and with a small cast and crew, but Tom revealed that his latest project will be much bigger than that. “We will have three times the crew members and it will have an intense schedule.”

Twice Shy is scheduled for release in the early part of 2016 on the film festival circuit and he is hoping to have it screened in the Ormond Cinema, where Trampoline ran for two weeks to packed houses on its release, losing out in the local box office wars to The Lego Movie.

“I would hope to have it screened in Nenagh. I would love to make that a tradition,” said Tom.

Twice Shy, an independently-made movie, is described as a modern coming of age drama that centres around a young couple who set off on a road trip from Nenagh to London as the result of an unplanned pregnancy.

Shane plays Andy O’Meara whose girlfriend, Maggie Collins, (Iseult Casey), surprises him with the news that she is unexpectedly pregnant. The young unmarried couple from Tipperary have some life changing decisions to make and the film portrays their journey through the ups and downs of their relationship in a light-hearted drama.

Tom has joined up with producer Fionn Greger from Cork for Twice Shy. Fionn moved to London to work on Hollywood films in production there. He started out on the Warner Brothers film, Sweeney Todd, moving from there to Walt Disney’s National Treasure: Book of Secrets, and then on to the James Bond film, Quantum of Solace. His last film, Turn, starred Blade Runner front man Rutger Haeur and was filmed in LA. Tom and Fionn worked together on shorts and TV commercials in London.

Anybody interested in getting involved in Tom Ryan’s Twice Shy is asked to email twiceshymovie@gmail.com for details.

Meanwhile, Jo Southwell’s Deirdre of the Sorrows is described as a dark love story about a girl silenced by fear, pain and faith. It’s a gritty, modern, powerful and engaging tale inspired by Irish folklore.

As a film director / writer Jo made her debut with Holding On in 2012, a moving short about one man’s struggle to hold on to the present as Alzheimer’s takes hold. This short film has been listed in the top 10 films to watch in Europe.

Jo’s second film, Cover Me, was released in 2014 and has been screened at Cannes Short Film Corner, BUXTON Film Festival as the highly commended film and winning the reviewers choice award; Isle of Wight Film Festival; The GEFF in Los Angeles where it has been nominated for best actress and best soundtrack.