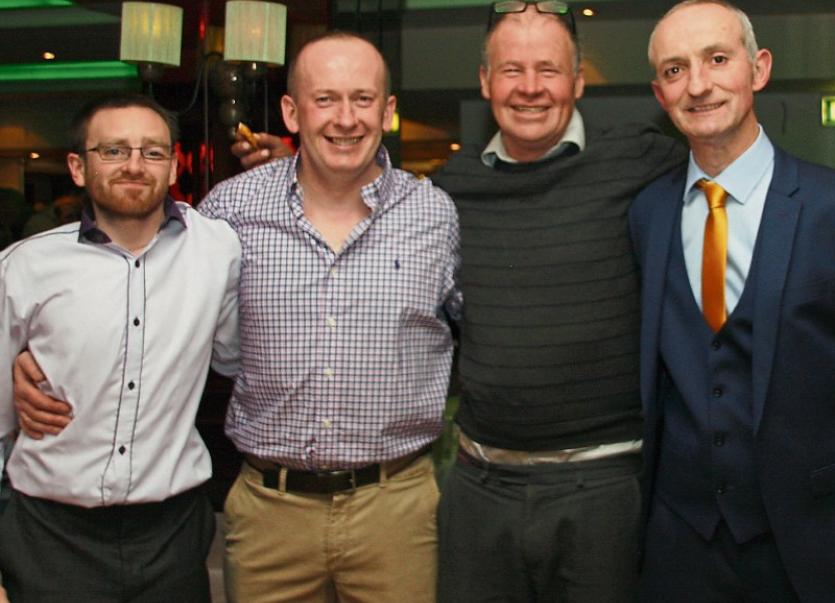 The hotly contested Mayor of the Comeragh's fundraising campaign has raised a staggering €78,000 for a proposed all-weather multi-games amenity area for Rathgormack and Clonea.

And Raymond Connolly has won the Mayor of the Comeraghs title after raising the most funds in the four month long campaign.  He raised a total of €32,065 while his two rivals for mayor Tony Bolger raised €25,750 and Ryan Roche raised €20,100.

The popular father of three from Rathgormack was presented with his "chains of office" and a trophy at  the Mayor of the Comeraghs campaign final in the Carraig Hotel last Saturday night where the final tally for the fundraising drive was announced.

"I really enjoyed the campaign. It was a special experience, " said Raymond, who paid tribute to Tony Bolger and Ryan Roche for the "mighty" effort they both put into the competition.