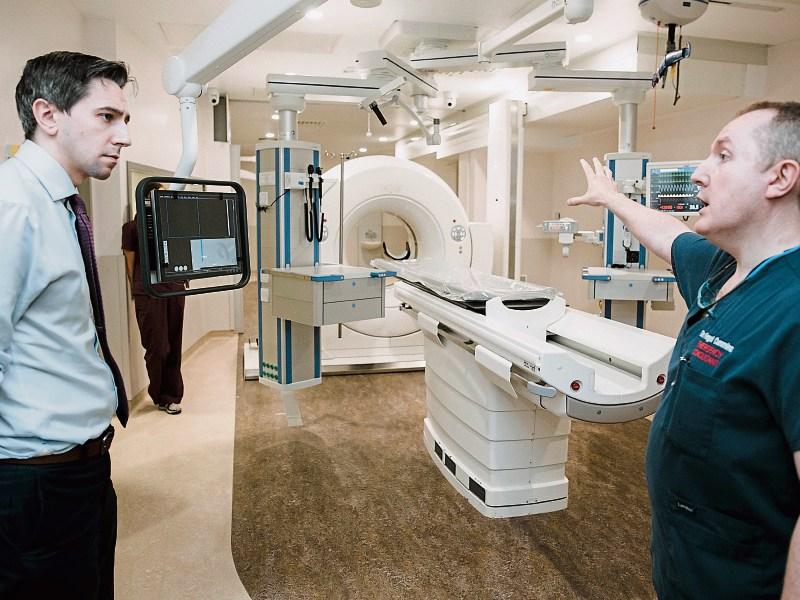 There were 47 people on troleys at University Hospital Limerick this Monday on the day that Minister for Health Simon Harris opened the facility's new €24m Emergency Department.

The breaksdown on the figures was 28 on trolleys and 19 patients in wards. This Tuesday, there were 22 people on trolleys

On the same day, there were 12 people on trolleys in South Tipp General Hospital, with the same number again waiting this Tuesday.

A spokeperson for the HSE explained that at 8am on June 12, there were 28 admitted patients awaiting a hospital bed in the ED in UHL. This is the figure that is published three times daily by Trolleygar.

The number typically reduces over the course of the day, as patients are discharged or transferred freeing up capacity in the ED. There were 19 patients on wards awaiting a hospital bed.

Many admitted patients waiting in the new ED will wait in the single rooms or designated treatment bays which allows for more privacy and dignity for the patients.

This will have capacity for 17 patients and should be open in the coming weeks following a deep clean, minor works and staff recruitment.

Meanwhile, the HSE said that the opening of the The €24m department (development and equipment costs) provided a significantly enhanced patient experience and is equipped with state-of-the-art diagnostic equipment allowing for faster investigations and treatments for the sickest patients, improving outcomes.

The new ED, Ireland's largest and most advanced, has been funded by the HSE and occupies the ground floor of both the €40m Critical Care Block which opened in late 2014 and the more recently constructed Dialysis Unit at first floor level.

At 3,850 square metres of floor space, the new ED is over three times the size of the old department. In 2016, UHL had the busiest ED in the country, with over 64,000 attendances.

Almost 100 additional staff have been recruited to work in the ED, which has increased capacity for patients and has been designed with the input of senior clinicians to improve patient flow, reduce patient experience times (PET) and improve outcomes for the sickest patients.

The unit was opened ahead of schedule at the end of May by UL Hospital Group CEO Prof Colette Cowan despite a shortfall of €2.7m in HSE funding. Her decision was backed locally by Labour TD Alan Kelly.

“Since opening the department two weeks ago, we have been heartened by the response of patients and their families and of our own staff,” she said.