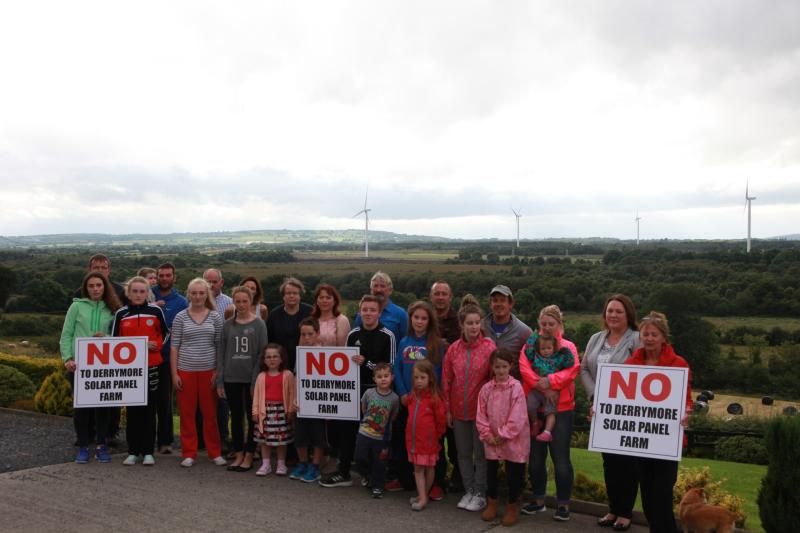 Tipperary County Council has granted permission for a controversial solar farm at Derrymore outside Roscrea.

The farm at Leonard's Bog, is on a 50 hectare / 147-acre site that covers 50 times the size of Semple Stadium.

The decision has already been met with anger from those who oppose the proposal.

One of the objectors, Paula Carey, told the Tipperary Star that they were awaiting the planner's report, but that as a community they were shocked that permission had been granted for such a large scale development without any national guidelines being in place for solar farm development in Ireland.

“We fully expected that this application will end up at An Bord Pleanál. It is unfair that planners and An Bord Pleanála are having to deal with such applications without any national guidelines for such developments,” she said.

Ms Carey said that big businesses were taking advantage of this situation and the local community will be left to live with the consequences.

“Only recently the guidelines for wind farms have been revised to address the major concerns about shadow flicker, visual amenity, noise limits and engagement with local communities.

“We already have a large scale wind farm on our doorstep with 15 massive turbines and yet here again, we are being let down by our council, the planners and the Government with the permission for this massive solar farm adjacent to the already existing windfarm and the M7 motorway,” she said.

Ms Carey said that those opposing the development will consider their options once they have reviewed the planner's report.

Island Green Power is proposing to build a €30m green energy plant with the potential to power 5,000 homes. The site would consist of 119,000 solar panels.

Tipperary County Council has attached 14 conditions to its decision to grant permission for the facility.

Among them are the need for all cabling to be underground, CCTV not to face residential properties, an archaeologist will be empoloyed during development; the site is to be open to visitors on a least 10 days per year and that the company pays the council €250,000 in development levies.

There was no response from the company to obtaining permission but, last July at a public meeting on the proposal, Ian Lawrie, managing director of Island Green Power, was at pains to point out his company's track record in building similar projects in the UK, while landowners Kevin and Denise Leonard defended their decision to allow their land be used on the basis of green energy and that it was an “ideal site” which was already surrounded by turbines.

The full planning application consists of the erection of a 58.11 hectare Solar PV Farm. The proposed solar farm will consist of the installation of a 30 year operation and subsequent decommissioning of a series of ground mounted solar photovoltaic PV panels, mounted on steel support structures 3m in height, together with 1 single storey ESB control room, 25 electrical transformation enclosures, underground cabling, CCTV poles and cameras, deer type security fencing, wooden fence along part of the M7 Motorway, wooden fence placed along the western site boundary, site entrance and access roads, including landscaping along the western and south eastern site boundaries, and other associated development works, for the purpose of generating renewable energy electricity. The proposed solar farm will have a capacity of 25MW.