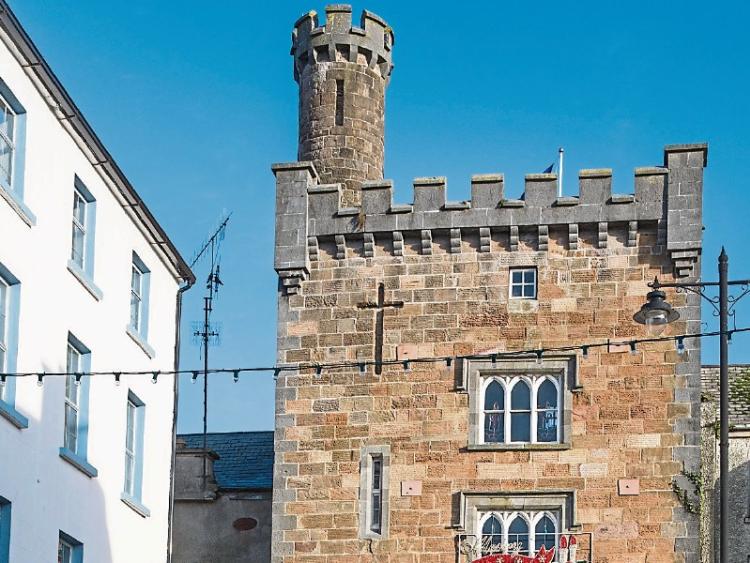 The Tipperary Historical Journal 2017 is out now

The glossy cover of the issue of the Tipperary Historical Journal 2017 carries a picture of a splendid horse (‘Sadlers Wells’ courtesy of Coolmore Stud). This is a surprising introduction to the 30th anniversary issue of the Journal. The relevance of the picture is its illustration of a very comprehensive study of sports in Tipperary, with the sub-title ‘Part 1’, so obviously the subject is to be continued in a future issue.

It would seem that Tipperary was always been a very sporty county. While the history of the GAA, and its foundation in Hayes’ Hotel in Thurles, is well-known, the fact is that a great number and variety of recreational sports were popular and thriving especially from Victorian times onwards: sports such as cycling, shooting, rugby football, tennis, archery, rowing, swimming, darts and snooker and even skittles.

Contrary to the perception that there were ‘class’ divisions in particular sports, this would not always seem to be the case.

The horse and the greyhound featured prominently in sporting pursuits: hunting with hounds and on foot dating back to the 18th century, and coursing with greyhounds, and even terriers, has a long tradition.

But if Tipperary was sporty, it was also a very violent place, especially pre-famine in the 19th century. Richard Sadlier has looked at ‘Patterns of Morbidity in 19th Century Tipperary - An Analysis of Coroners Inquest Records - 1833-1875’. In 13 years between 1832 and 1845, 79 deaths from either murder or manslaughter were recorded.

Statistics give us the facts, but not the motives, the social climate, the desperation which contributed to the abandonment and deaths of 19 babies, or the death resulting from starvation of 26 people (pre-famine) or 15 from ‘exposure to the weather,’ nor the unexplained illnesses which were described as ‘Visitations of God.’

The services which Irish women gave as nurses in both World Wars I and II have been a most neglected area of research, and consequently Alice McDermott’s work in recent years on this subject has to be welcomed. They gave extraordinary service under appalling circumstances and were then forgotten. Alice McDermott is a retired lecturer in History and Cultural Studies in the Waterford Institute of Technology, and Dorothie Fielding Moore of Mooresfort, Tipperary, is the subject of her article in this issue of the Journal.

A description of the hazards and horror of this service on the battlefront is graphically given in McDermott’s quotation from Mary Sinclair’s elegy under the field ‘Field Ambulance in Retreat.’ In that elegy, she hauntingly described the ‘securing, settling and removing living and newly-deceased military personnel from the Great War’s numerous conflict zones as ‘gathering the red and white harvest from the fields.’

Dorothie Fielding Moore and another Tipp woman, Molly O’Connell Bianconi, drove their ambulances directly on to the battlefields of that war.

Clonmel-born, Neil Sharkey’s area of research took him back to the town again and a study of ‘The Irish era of industrial tariff protection and three Clonmel industries’: Munster Shoes (1934), Clonmel Industries (1937) and Currans Enamelware (1945). All were aided by the Fianna Fáil government’s policy of the 1930s of giving protection by imposing tariffs on imports - the brainchild of Sean Lemass. These industries gave very valuable employment in the town during a particularly difficult period in the founding decades of the struggling new State. They enabled many young people to continue to live in their own place when emigration was the alternative. At that time the euphemism in the town for that emigration was ‘going to the Rosslare’ - boarding the train at Clonmel Railway Station on the first leg of the journey of crossing the Irish Sea.

Sean O’Donnell’s study of ‘John Bagwell: Politician and Landlord (1811-1883)’ will be of particular interest to Clonmel people. He was a supporter of the Union, a member of Clonmel Corporation, represented the town in the Parliament of Westminster from 1857 to 1874, during very changing times in Irish history. He was a large property owner in the town, and had vast estates in Tipperary, Waterford and Cork. His Tipperary home at Marlfield was destroyed by fire in the Civil War, and the handsome replacement still stands today on the banks of the Suir in the village.

County Tipperary owes much to Denis G. Marnane for his outstanding contribution in research and publications to the county. He has now taken over the editorship of the Journal, and this year has contributed Part 4 in a series on the involvement of Tipperary men in World War II.

The title of Part 4 is: ‘It’s a Long Way to Tipperary: A Military Barracks, a song and a World War.’

Most of the features in this the 2017 issue of the Journal concentrate on the story of Tipperary during the 19th and early 20th centuries, at a time of turbulence, change and development, politically, culturally and economically. This 30th anniversary edition, like all its predecessors, carries a wealth of knowledge about the place in which we, citizens, are fortunate to live.

The journal costs €20, and is available from The Source, Cathedral Street, Thurles.