Fr Joseph: From Littleton to Norway 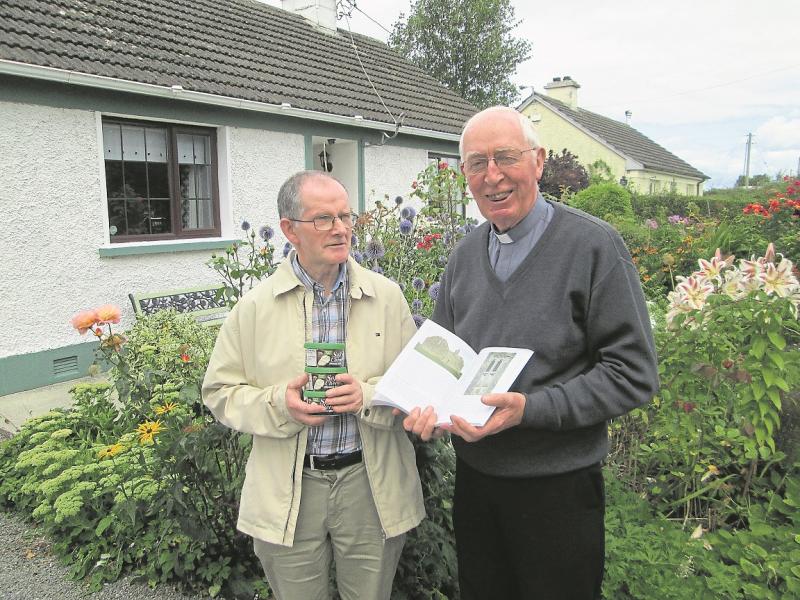 Pictured left to right: Larry Ryan, now Fr Joseph as he prepares to return to Norway with cheese donated by the Hayes family, Liathmore and Fr George Bourke donating a copy of the History of Pouldine School outside the Ryan family home, Thurles Rd, Littleton.

Since Fr. Joseph, formerly Larry Ryan, Thurles Rd, returned last August to his Cistercian monastic community with three pots of Liathmore cheese, donated by the Hayes family of The Tipperary Cheese Company, he has been very busy with four other monks in developing their recently founded monastery.

In a letter to family and friends he informs us that the final vows of Br. Joseph were joyfully celebrated with the presence of Dom Oliver of Citeaux and Dom Richard from Roscrea. New buildings have been completed. Visitors and neighbours with their families and children were touched by their beauty and silence. A brunch with cake was organised in the big room, which will be later a scriptorium.

A group of young people from the nearby town of Levanger helped them move into their new cheese factory. Cheeses from the first production have been awarded a gold medal at the Norwegian Farmer’s Contest. They can now produce more with less work.

In August they received two bells and ten oak benches from the previous catholic cathedral of Trondheim. These await the construction of the new monastery’s church. A local strong man has made a wooden frame to hang the bells, which weigh more than 100 kgs each. Their sound announces the solemnities and bring them joy.

Visitors taking “time out” included Sisters from Mariakloster, a Lutheran priest, a Vietnamese deacon, a German bishop, donors friends and family members who were pleased with the peaceful and prayerful atmosphere they experienced during their stay there.

In September Br. Joel went to Assisi for their General Chapter and in October progress has been made on plans for the future buildings. They work closely with local architects taking account of the regions past religious culture. On the occasion of the 5th centenary of the Reformation they took part in a beautiful ecumenical celebration organised by the Levanger Lutheran Church with the final blessing given by Br. Joseph. It was a fraternal meeting between Christians in a common celebration of their faith.

They are finding their current home a little cramped as they begin to re-arrange their old cheese factory - the former production room will be their new office. The construction of the new monastery is more than ever on the horizon. In this transition period they are thankful to God for all they have received in Norway.