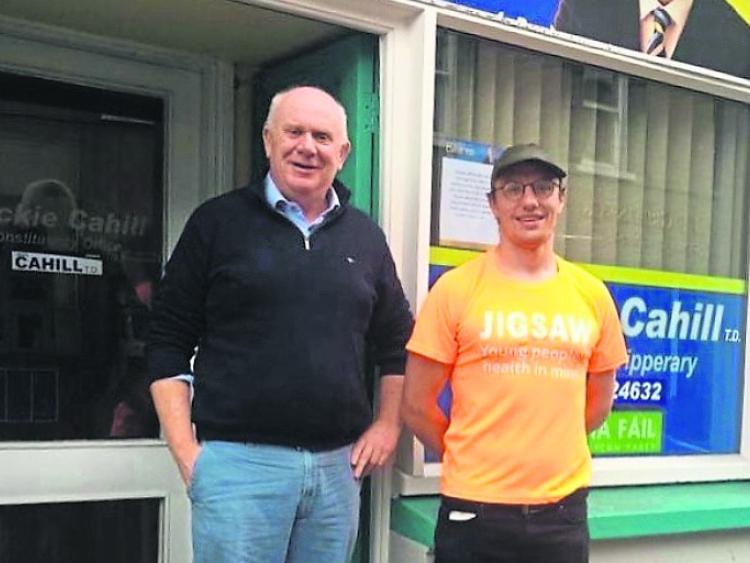 Thurles man Aaron Sweeney is about to embark upon a mammoth task of running 160km in just over 24 hours in aid of JIGSAW and is seeking the support of the general public in the process.

Son of Jimmy and Colette Sweeney, Monadreen, Thurles ( formerly Killinan), Aaron, a trainee solicitor working with Cian O'Carroll in Cashel has been pounding the streets of the town over the last few weeks trying to get the mileage into the legs, and he is now almost set for the enormous challenge.

“I am running in the Connemara100 ultramarathon (www.connemara100.com) next Saturday, August 8 in aid of JIGSAW which will hopefully be opening in Thurles in the near future.

“The ultramarathon itself is a 160km run starting and finishing in Clifden and takes in the length and breath of Connemara. I will begin the run at 6am on Saturday and will have until 12 midday on Sunday to complete the run. I am aiming to complete it in under 24 hours though,” Aaron told The Tipperary Star this week.

While preparing for such a run can be a gruelling process, Aaron has enjoyed the experience and has been buoyed by the great support received so far.

“I began fundraising for JIGSAW recently and I am now trying to raise awareness about the fundraiser and the fact that JIGSAW is still coming to Thurles and the online services which are available to the young people of Tipperary through the group especially during the pandemic.

“Mental health is something I am very passionate about. I met with Deputy Jackie Cahill TD last weekend and I was speaking about JIGSAW coming to the town and that will be a very positive thing for the area,” Aaron said.

You can help Aaron out with his fundraising venture by logging onto https://www.idonate.ie/Connemara100

Imagine 160km - the distance from Thurles to Dublin - we wish Aaron well with the massive challenge. Help him achieve his goal by donating to his fund.