Dean Maxwell ‘can and must benefit’ from NDP funding - Cahill

'Now that that funding has been secured, we must push hard for the Dean Maxwell to benefit from this' 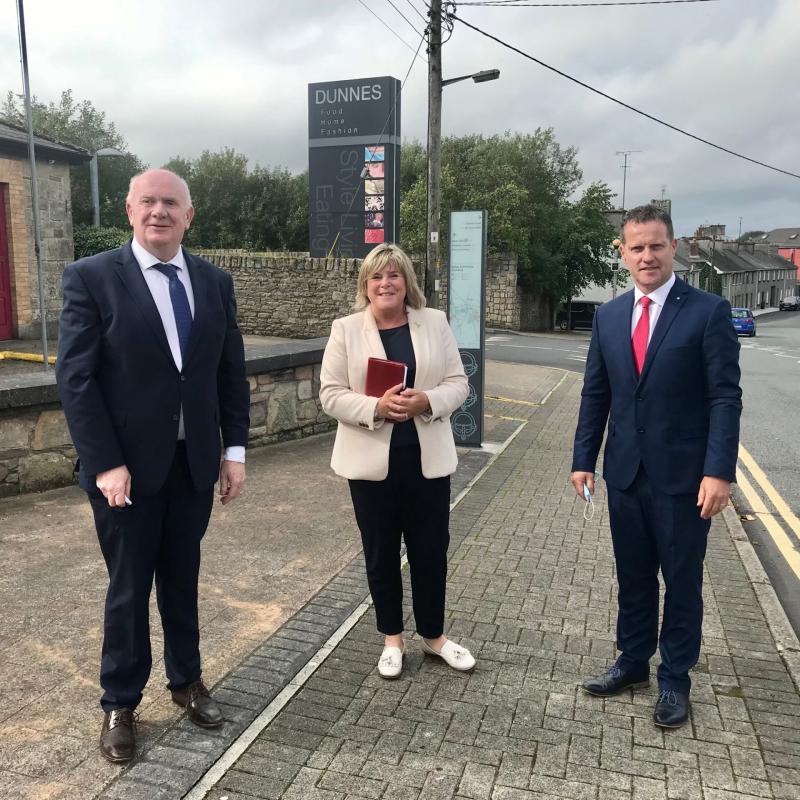 Fianna Fáil TD for Tipperary, Jackie Cahill believes there is considerable scope under the National Development Plan to draw down funding for the development of the Dean Maxwell community nursing home in Roscrea.

Deputy Cahill said: “While no specific health infrastructure projects are mentioned under the new version of the NDP, there is a specific fund put aside to be drawn down for health infrastructure.
“I am pleased to confirm that an avenue very much remains as a funding option for the development of the Dean Maxwell home in Roscrea.

“Last month, Minister for Older People Mary Butler visited the Dean Maxwell and met with local groups in Roscrea at my and Cllr Michael Smith’s invitation. Last June, Cllr Smith and myself also met with Fianna Fáil Minister for Public Expenditure and Reform, Michael McGrath in his Department in Dublin to discuss Cllr Smith’s proposal to save Dean Maxwell.

“I raised the Dean Maxwell in the Dáil again last week, and informed Minister Michael McGrath that it remains a top priority for Cllr Smith and myself in Roscrea.

“There is a funding option available under the NDP for health infrastructure. Now that that funding has been secured, we must push hard for the Dean Maxwell to benefit from this.

“Health infrastructure projects like what we are proposing to government ministers for the Dean Maxwell are not specifically mentioned in the NDP, but with the inclusion of this general health fund, that should not seriously hinder our collective efforts to draw down funding for the development of a new unit in Roscrea, on the grounds of the existing Dean Maxwell

“I will continue to work with Cllr Smith and my colleagues in government to keep the pressure on for this funding option to be utilised in order to keep Dean Maxwell at the heart of Roscrea”, Deputy Cahill concluded.