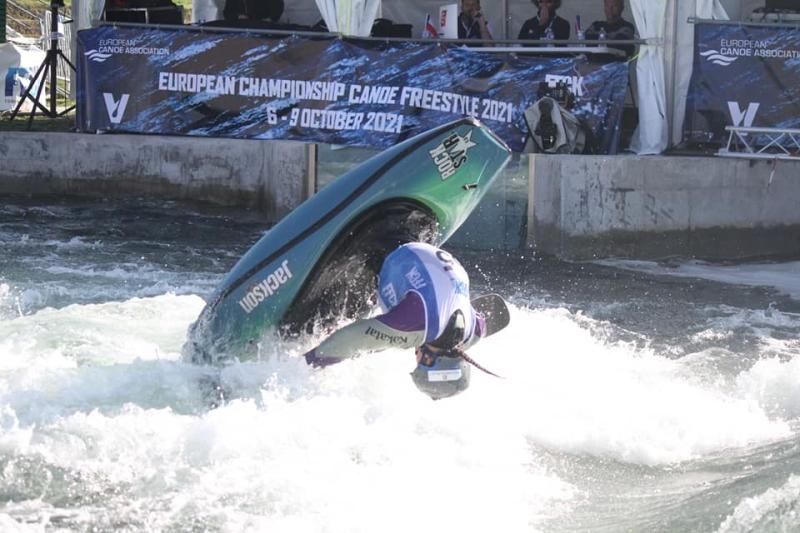 Clonmel’s Aoife Hanrahan made history in Paris on Saturday week last, October 9 when winning Ireland’s first-ever women’s medal at the European Freestyle Kayak Championships, creating for herself the huge honour of being the first Irish woman to stand on a podium at an International Canoe Federation event.

Aoife won bronze in the senior women’s category and became only the fourth-ever Irish athlete to bring home a medal from an international freestyle event.
Her teammate David McClure, from Kilkenny, also put in an exceptional performance to win the gold in the senior men’s category. Together they helped the Irish team to its best-ever performance at an international competition.
“Just to put some perspective on the excellent results: 24 years ago, Ireland sent its first team to the Freestyle World Championships in Canada; since then we have sent teams to every World and European Championships,” said the organisation’s event manager Kipper Maguire.
“It has been a long journey with many super performances over the years. Our medallists before the weekend were Moe Kelleher; Len Kelleher. On October 9, history was made with our first gold medal and our first women’s bronze medal”. 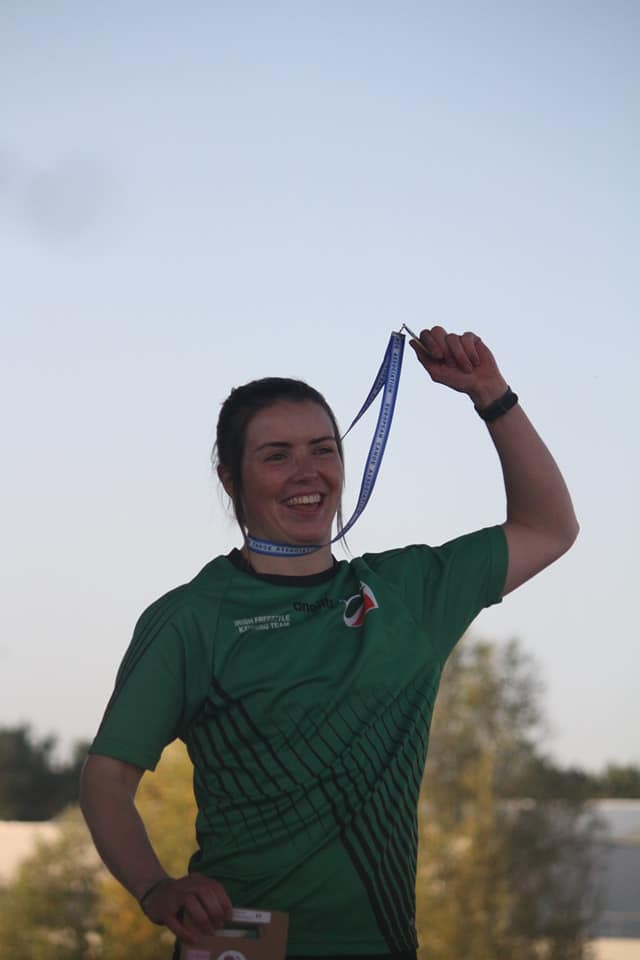 Clonmel’s Aoife Hanrahan was delighted to hold aloft the bronze medal she won at the European Freestyle Kayak Championships in Paris on Saturday, October 9. By finishing in third place, Aoife became the first-ever Irishwoman to medal at these championships and only the fourth Irish athlete, male or female, to stand on a podium in 24 years of competition.

In addition to the medals, Ireland secured six places in the semi-finals across the men’s, women’s and junior categories – the highest number of qualifiers for the Irish team yet including Rory Kearney (a local Clonmel freestyle kayaker).
Aoife started strongly in her final sticking several high-scoring moves such as McNastys and air loops to land 363.33 points on her first heat. That was enough to earn the 25-year-old full-time Royal College of Surgeons pharmacy student the bronze medal behind Poland’s multiple ICF medalist Zofia Tula (silver) and former two-time junior world champion Ottilie Robinson-Shaw, from Britain (gold).
For Aoife, a 2019 Annerville Award winner, and the rest of the Irish team, focus now shifts to the World Championships in Nottingham, next summer – as close as you get to a home event.
Perhaps the recent European Championships mark the start of a new era of success for the Irish freestyle team. We all certainly hope so and wish Aoife further success in her chosen sport in the years ahead.