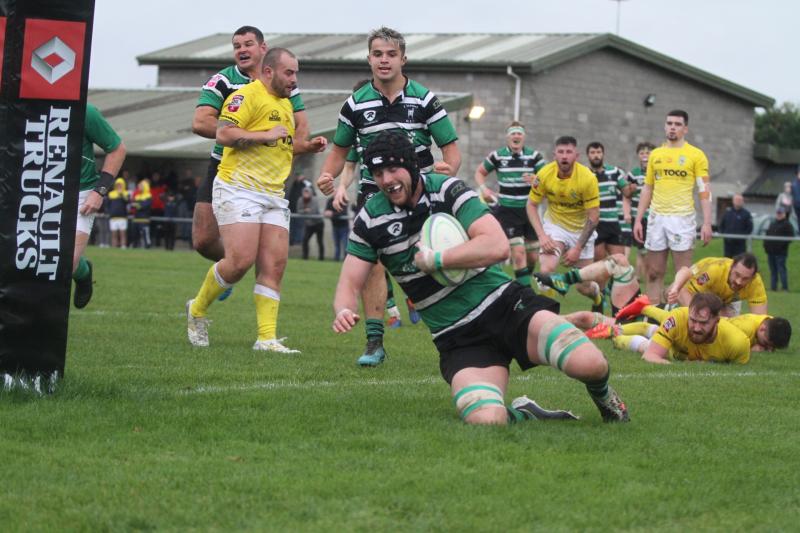 Clonmel’s 1st XV headed for County Limerick on Saturday last and bagged another two points in the league to move them up to sixth place on the Division 2C table with a well played 14-14 draw against Bruff.
It was the third game of the league, the second on the road, and the progress of the team from the previous two games against Sundays Well (17-17) and Bangor (13-29 loss) was evident.
Setpieces were better executed, lineouts more controlled and the scrum contributed to a strong performance over a side that beat Clonmel 25-12 earlier in the season in the Munster Senior Cup.
Bruff showed their intent from the off with a pulsating run that would have had them score a try within the opening three minutes had their player not strayed into touch on the charge for the line.
Much of the opening action was inside the Clonmel 22 which had Clonmel on the defensive. The game began to open up in the second quarter with Clonmel clearing their lines with good kicks for territory. However, possession was given up on 25 minutes and a Bruff attack put them in under the posts for the opening score of the game. The resultant conversion was relatively straight-forward, and the Limerick side took a 7-0 lead.
However, credit Clonmel, the response was delivered relatively quickly. An attacking maul from the Clonmel pack set up a break by Niall Campion, who with work to do, crossed the line to register Clonmel’s opening score of the game. The conversion was well taken by Dean Slattery. The combination levelled the score on 7-7, which it remained until half time.
The pace went up a gear in the second half with both teams back on the pitch after the break, oozing determination. Clonmel runs by Luke Noonan and Luke Hogan heaped pressure on the Bruff side. Full-back Alex Sheehan was kept on his toes by counter attacks by Bruff.
However it was Bruff who were first to penetrate the Clonmel defensive line and extended their lead to 14-7 with a well-executed try on the 50 minute mark. 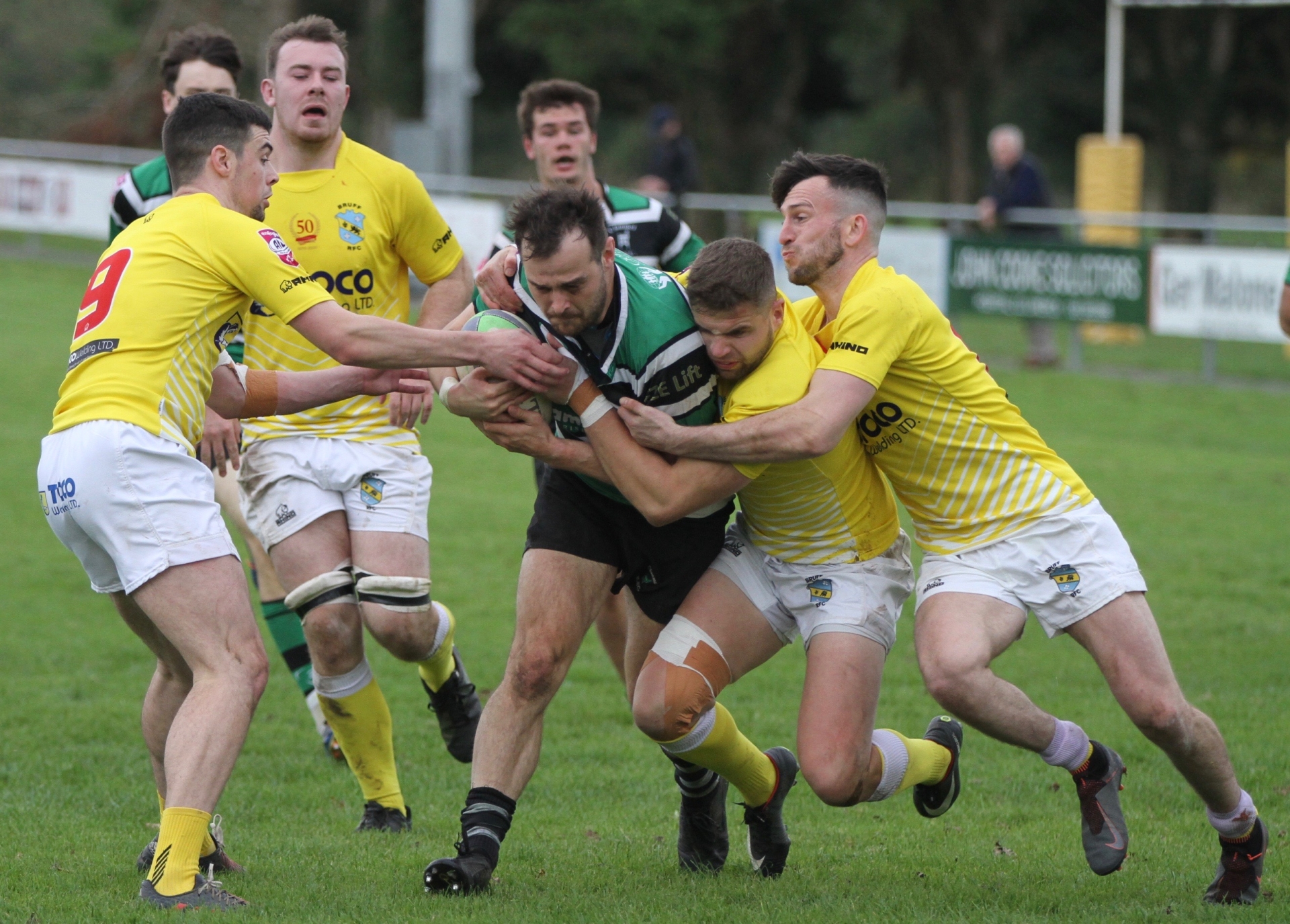 A determined Luke Hogan takes on the Bruff defence almost single-handedly in last Saturday’s AIL game at the county Limerick venue.
The 60-minute water break recharged the batteries and following sustained pressure by Clonmel, it was superb offload by John Gallagher, at the time surrounded by six Bruff players, to Tony Cantwell, to set Cantwell up for Clonmel’s second try. Slattery duly stepped up and slotted the ball between the posts to level the game for the second time on 14-14.
Attack and counter attack in the closing ten minutes, could have seen either side win or lose it. A draw seemed a fair result with both sides adding the two points to their respective tallies.
The coaching team and the players will take the positives from the game and work on on improvements.
This young team has serious potential and will realise it as we go through the season. Three down, 15 to go!
Team: Forwards - Niall Campion, Matty O’Toole, Roland Marki, Tony Cantwell, Jack Lonergan, Brian O’Dea, John Gallagher, Diarmud Devaney. Backs - Aiden Hickey, Luke Noonan, Dean Slattery, Ian Cunningham, Luke Hogan, Conor Pearson, Alex Sheehan. Replacements; Brandon Delicato, Mikey Lonergan, Billy O’Kelly, Johnny Young, Greg O’Carroll.

NEXT UP SKERRIES
We have a break in the AIL next week and THEN entertain Skerries at home on October 30.

Clonmel U18s
Our U18s team recorded a hard-fought win away to the amalgamated Carrick-on- Suir / Waterford City side. It was great to see a solid team display from this squad, well done lads.

Clonmel U16s
Our U16s were also on the road last weekend, recording an impressive win away to Waterford City in their league. Great displays across the whole team showing determination and grit, working hard for each other.
You can follow Clonmel Rugby Football Club on various social media channels (Facebook, Instagram and Twitter) to keep up date on club activities and games. New players and supporters are always welcome.