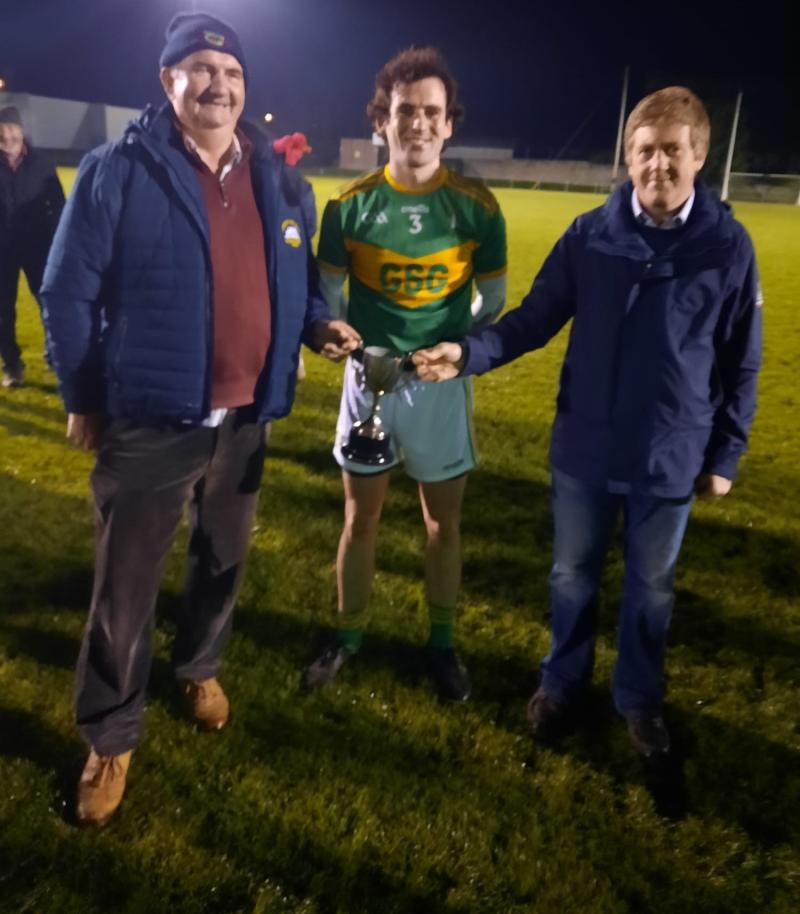 Aherlow are the Shane Hennessy Agri Advisor West Junior B Football Champions for the third time, following their two point victory over Eire Og Annacarty Donohill, in the final, at Cappawhite on Thursday night.
For Eire Og, this was their second final defeat in four months, having lost to Rosegreen in the delayed 2020 final back in July. Thursday’s final has the unenviable distinction of being the lowest scoring final, in this grade, on record since the competition began, surpassing the 0.7 to 0.5 victory of Galtee Rovers over Emly in the 1997 decider.
This was a dour game of football, played before a good crowd, with both sets of attackers “shot shy”, in so far as having a go for a score, not taking on the responsibility and being content with laying the ball to the next man. Conditions were ideal for the game, a crisp night, good yielding surface and little or no wind on the night.
Having seen both teams in action in their respective semi final victories and their capabilities of playing attractive football, one has to wonder their reasoning. The absence, through injury, of Cian Ryan for Eire Og had a big bearing on the outcome of this tight game.
The game started with both teams eyeing each other up, and careful not to make mistakes with giving possession away. Aherlow had a few early chances, from play and placed balls, but these came to nothing.
As the game progressed, both defences were on top and with the attackers on both sides reluctant to attempt for scores, it looked for a while if the first quarter would produce any scorers.
Fourteen minutes had elapsed before Paddy A O’Donoghue (Aherlow) kicked the opening score at the village end. Sean Landers immediately doubled the advantage to leave the score at the water break, Aherlow 0.2, Eire Og 0.0.
Pat Aherne finally opened Eire Og’s account with a pointed free after twenty one minutes and tied up the game for the first and only time, three minutes later, when he kicked a good point from play. Tony O’Neill put over, following a mark, with three minutes of the half remaining and Sean Kiely doubled the Aherlow advantage with a good score in the last attack of the half.
Expectation were high for a more attacking second half, but the crowd were disappointed as both teams failed to score during the third quarter. Philip McGrath pulled one back for Eire Og after 18 minutes to cut the deficit to the minimum, and hopes were of an exciting finish beckoned. For a time it looked as if Eire Og would get in for an equaliser and extra time, but wayward shooting let them down.
The final play of the night finished with Bernard O’Brien putting over the score of the game after receiving a pass from Tony O’Neill.
Final Score, Aherlow 0.5, Eire Og 0.3.

Clonoulty/Rossmore hurlers win their first ever west Tipperary Junior B