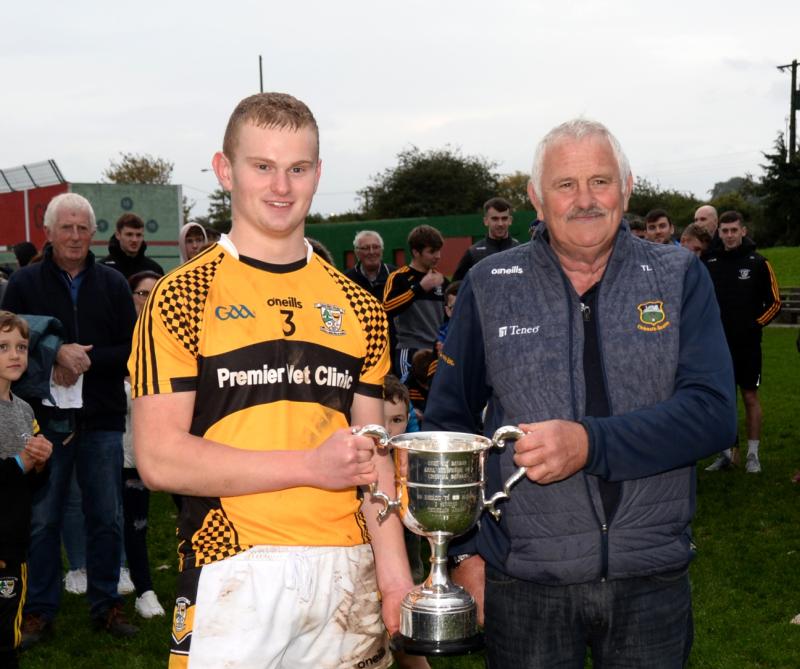 County Under 17 B Hurling Championship Final

Knockavilla Donaskeigh Kickhams wrote themselves into the history books with a four-points win in the County U17 B Final over Drom/Inch in Cashel on Saturday October 23 last.
According to the records the Westsiders had previously contested ten county minor Co. Finals, 7 at A grade and three at B grade and had won none. This time though they secured their first ever County Minor Hurling title.
Knockavilla got off to the better of starts and were ahead by 0-6 to Drom’s 0-2 by the first water break. Knockavilla’s Joseph O’Dwyer opened the scoring for the day. Drom promptly responded with a pointed free by Daniel McAllister. Points by Michael Gleeson, Adam Daly and a free by Eoin Horgan put Knockavilla into a three points lead before Drom’s Cormac Fitzpatrick pulled one back.
A point apiece from Sean Cannon and Orrin Jones kept Knockavilla firmly ahead. After the water break Knockavilla tagged on (0-3) one each from Brian Furlong, O’Dwyer and Shane Buckley to put them (0- 7) ahead. Drom were battling all the way but were finding it difficult to find their range sending a number of very scoreable chances wide. However, their marksman Daniel McAllister managed to keep his side in it registering 0-3 whilst Knockavilla’s Orrin Jones and Shane Buckley (0-1 each) wrapped up the scoring for the half to leave the half time score at Knockavilla Donaskeigh Kickhams 0-11 Drom/Inch 0-5. 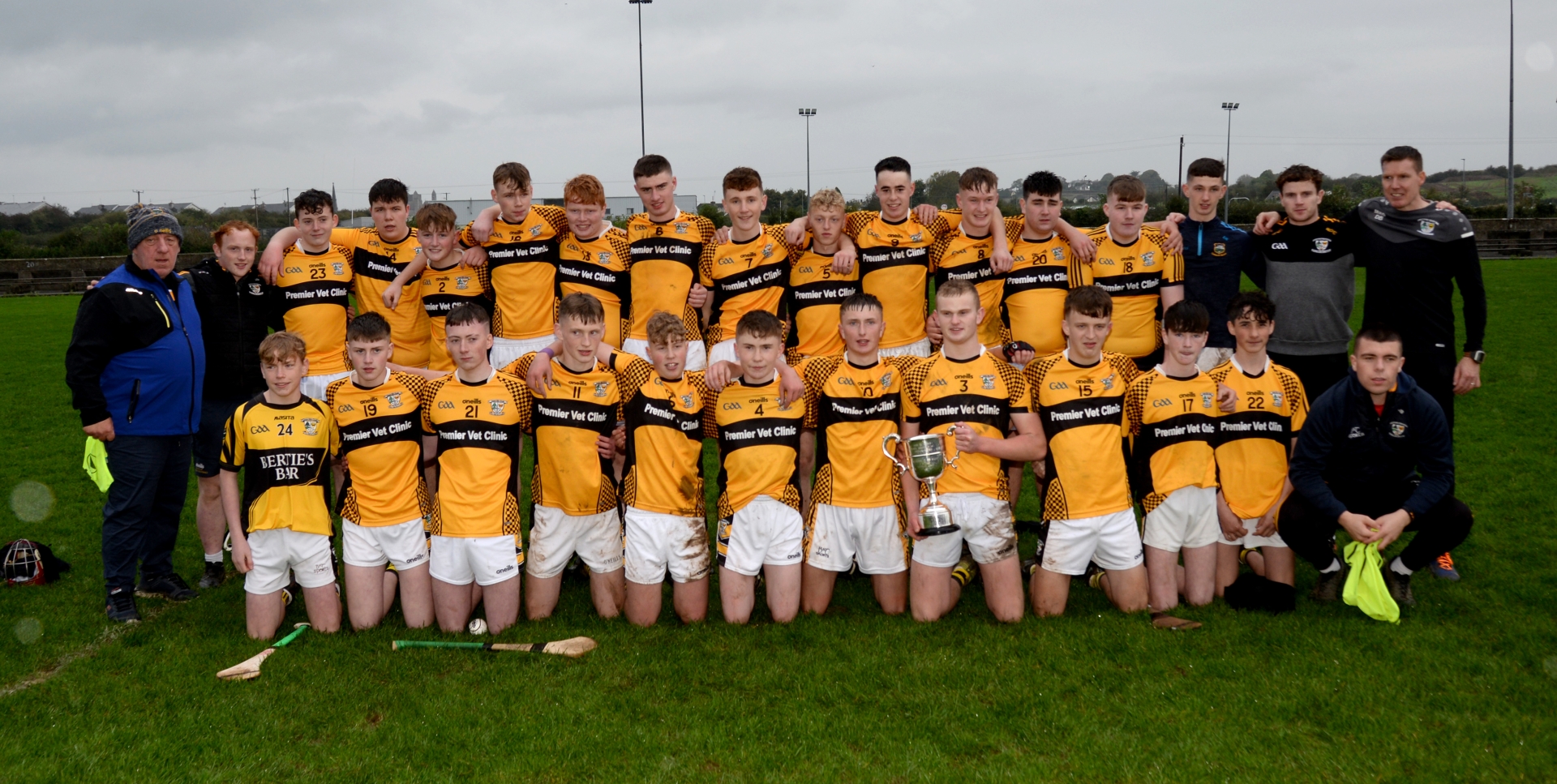 The Knockavilla Donaskeigh Kickhams team that defeated Drom & Inch in the County U17 B Hurling Final in Leahy Park. Pic: Eamonn McGee

Drom re-emerged after half time a different outfit and quickly set the tone with a goal from Sean Duffe and another point from McAllister within the opening five minutes. Drom continued to pile on the pressure and two further points (0-1 each) from McAllister and Cormac Fitzpatrick had the sides all square with the half just eight minutes old.
A vital point by Knockavilla’s Daly put them back in the front, shortlived, however as Cormac Fitzpatrick levelled the scores again 0-12 to 1-9. Knockavilla began to find their rhythm and an excellent team move up the field resulted in Orrin Jones finishing low and hard to the bottom corner of the net.
They quickly added to this with three points one each from Philip O’Neill, Daly and Jones to restore their 0-6 lead midway through the half. Drom fought on McAllister adding another point before Knockavilla’s Buckley and Gleeson raised further white flags.
Drom pressed on and were rewarded with scores from McAllister (0-1) and Sean Duffe (1-1) to put just two points between the sides as the game entered injury time. Knockavilla were the stronger of the sides and sealed the victory with (0-1) each from Jones and Buckley.
Teams and scorers
Knockavilla Donaskeigh Kickhams:
Eoin Horgan (0-1), Aiden Heney, Diarmuid Kinane, Diarmuid Carr, Eamon Madigan, Conor Farrell, Brian Furlong (0-1), Shane Buckley (0-4), Adam Daly (0-3), Orrin Jones (1-4), Michael Gleeson (0-2), Sean Cannon (0-1), Aaron Horgan, Jerry Buckley, Joseph O’Dwyer (0-2).
Subs Philip O’Neill (0-1), Seamus McCormack, Jack Harris, Sean Farrell, Corrie McGrath, Sean Kingston, Callum Ryan, David Kingston, Tom O’Driscoll.
Drom/Inch:
David Kinnane, Jack Johnson, Eoghan Kennedy, TJ Kinane, Jack Costello, Conor Gleeson, Darragh Fitzpatrick, Paul Mullen, Cormac Cahill, Aaron Shanahan, Oliver Barry, Cormac Fitzpatrick (0-3), Daniel McAlister (0-8), Sean Duffe (2-1), Joey Black. Subs Tim Comerford, Chris Cawley, Jamie Shanahan, Mark Conroy.