Earning his crust: Tipperary baker Joe proves to be a real bread winner 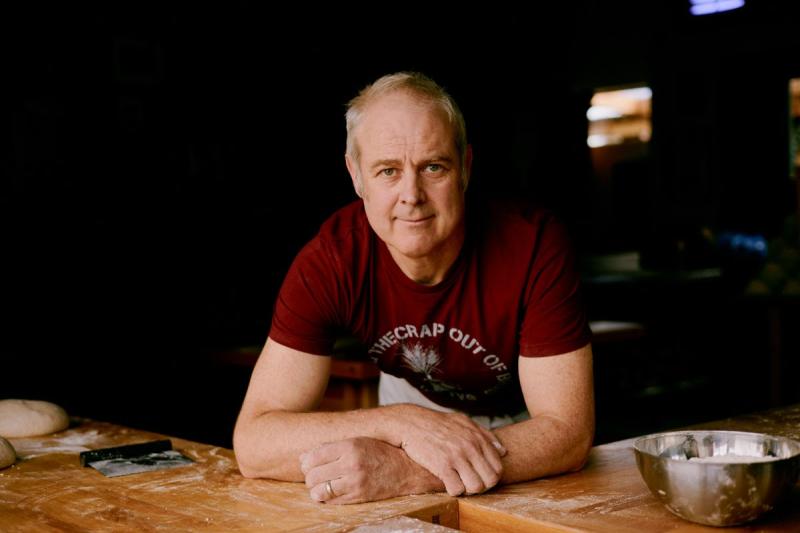 Tipperary bread maker Joe Fitzmaurice has proven to be a real breadwinner.

Joe of Riot Rye Bakehouse Bread School and Store in Cloughjordan has been crowned Ireland’s Bread Hero by the Tiptree World Bread Awards with Brook Food.

He was lauded for his efforts to make his bread baking more environmentally friendly and his mission to empower Ireland to make real bread.

Since 2011, Joe has been making bread in a wood-fired oven in his Cloughjordan bakery. The wood is sourced exclusively as thinnings from local broadleaf forests or windfall.

So, for the last decade, the energy Joe has used to bake bread for the 200 local households he supplies has been totally fossil fuel free.

As part of his mission to “empower Ireland to make real bread”, Joe has established a bread school, which delivers courses focused on naturally fermented sourdough breads.

His award-winning courses are attended by people from all over Ireland and abroad.

Joe is keen to make “Real Bread” accessible to all, so he also offers free online tutorials on how to make the “common loaf” sourdough bread.

In addition to his teaching, Joe has set up the Real Bread Ireland’ network, which supports Ireland’s real bread bakers, millers and growers.

“There were so many fantastic entries for this year’s Real Bread hero who all deserve recognition,” said Tess Lister, head of brand, Shipton Mill.

“Joe really stood out for year’s for his ongoing efforts to empower Ireland to bake real bread combined with his environmental ethos.

“His passion for bringing real bread to communities really shines through.”

The Tiptree World Bread Awards celebrate the bread; with loaves from around the country delivered for assessment by a panel of judges.

The awards celebrate the people behind the loaves: from farmers and millers, to bakers and educators.

“All the nominees in this year’s awards truly deserve recognition for their generous, considerate and often altruistic initiatives to help others,” said Stephen Hallam, chairman of the judges.