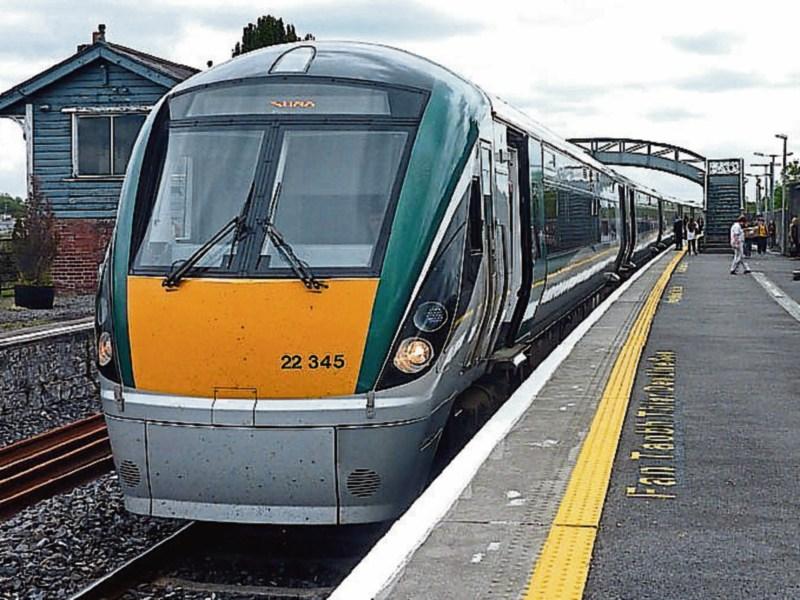 Disruptions may last over the next few days

Staff availability is causing disruptions for commuters on the Ballybrophy-Limerick rail line.

Over the past few days, several services have been substituted for buses.

Today, Iarnrod Eireann has announced on Twitter changes to some routes for Friday and Saturday.

Corporate Communications Manager at Iarnrod Eireann Barry Kenny said yesterday this is a short term issue, and they hope to resolve it in the next few days.

"As stated on our Twitter timeline, this is due to current COVID-19 levels and close contact public health compliance, which are affecting staff availability. It is a short-term issue, and we are working to ensure as many services as possible operate," said Mr Kenny.

"We are disappointed to see further closures on the line, and while we accept that staff shortages can be an issue as a result of Covid-19, it is disappointing to see that the Ballybrophy line is always first to receive replacement bus services," said Mr O'Meara.

He also said it does cause technical issues for commuters when booking the bus replacements, which he said has been communicated to Iarnrod Eireann.

"We need to see continuity and reliability of services if we are going to attract more people to use the line more often.

"When Iarnród Éireann does not communicate this message properly, it damages the commuters' experience, and this does nothing to help in getting more people on board.

"When this does happen, and it really shouldn't as the issue should be resolved by now, we find that Iarnród Éireann is not communicating this message, or indeed their staff have not been informed of these issues.

It is our strongly held view that these communications need to be seriously improved upon," said Mr O'Meara.

North Tipperary Community Rail Partnership are a community group that lobbies for improvements to the Ballybrophy rail route in North Tipperary.

They provide updates regularly on their Twitter page about changes to rail routes and improvement works.

The arrangements for commuters using the Limerick/Ballybrophy train for the next two days are as follows.

The 6:30am route from Limerick to Ballybrophy will go to Nenagh only, with buses provided to Roscrea and Ballybrophy.

A second bus will operate from Nenagh to Cloughjordan and Roscrea.

A second bus will go from Roscrea to Cloughjordan and Nenagh.

On Saturday, the 4:55pm Limerick to Ballybrophy train will be substituted for buses.

Buses will operate from Limerick to Castleconnell, Birdhill, Nenagh, Roscrea and Ballybrophy.

A second bus will go from Nenagh to Cloughjordan and Roscrea.

Bus transfers will operate from Ballybrophy to Roscrea, Nenagh, Birdhill, Castleconnell and Limerick with a second bus from Roscrea to Cloughjordan and Nenagh.

Earlier this week, four services were affected over Tuesday and Wednesday.

€45,000 to Develop Sensory Gardens in Roscrea and Nenagh – Lowry