Tipperary Golf: Cahir Park honours one of its founding members 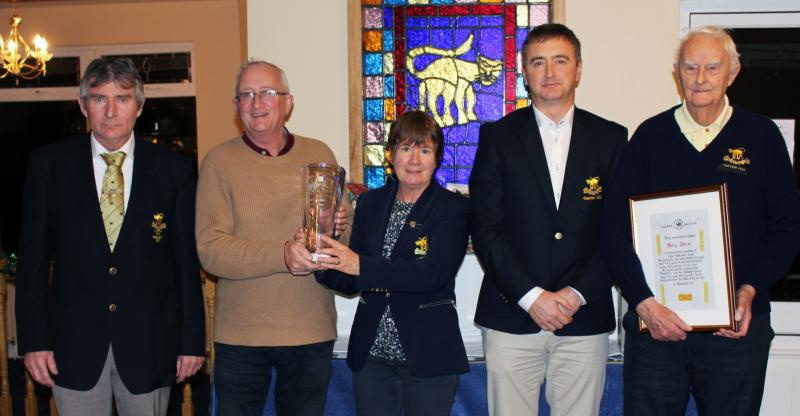 At a function in the clubhouse recently, the Cahir Park club paid tribute to Paddy Walsh for his contribution to the club over his years of membership since 1967.

Not only was Paddy a founding member, but he did trojan work in 1995 in the extending of the club from nine holes to eighteen. The function was attended by 2021 President Neil Carey, Men’s Captain Gary Morrison and Lady Captain Margaret Gill.
A presentation was made to Paddy in appreciation by the members of his selfless contribution to Cahir Park since its foundation. It was the first of many similar events to come.