Tipperary Golf: Changing of the guard at Dundrum Golf Club. Roll on 2022 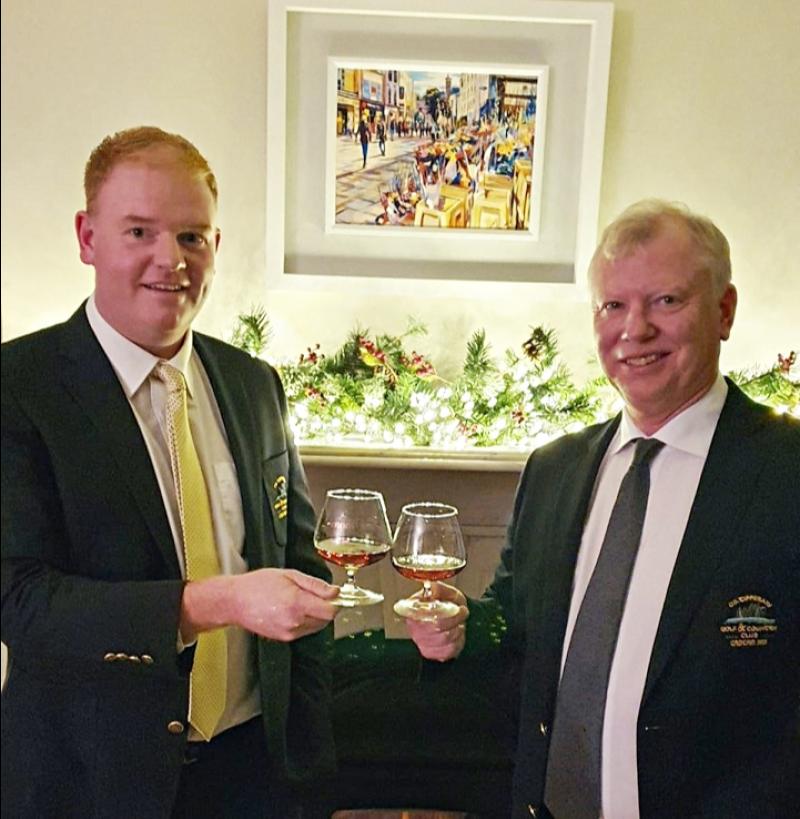 The Changing of the Guard
Captain Tony Reade hand over to Captain Brian Slattery at the AGM of County Tipperary Golf & Country Club last week held Via Zoom. Captain Tony in his final address thanked the committee and all volunteers who give up so much of their time for the betterment of the Club and its members. He said, I would like to say a big thank you to each and every one of you for all the hard work. He thanked all of the officers of the club who were of so much help to him. He acknowledged the major task undertaken by our Handicap Secretary Tony Corcoran who had 200 new members to handicapped and had to introduce the new world handicap system at the same time.
Captain Tony also paid tribute to Richard O’Keeffe & Adrian O’Dwyer on their retirement from the committee.
He paid tribute to Jeff Leo for his help and support to him as Captain, and to the membership in general. I have enjoyed working with him and it is great to see the level of investment in our clubhouse and Golf Course.
This year he said Marian Riordan and her team joined us and it was a pleasure to see the shop so well stocked. Their advice and the front of house service has been an excellent addition to our club.
He paid tribute to the management and staff in The Venue who done a fantastic job in a difficult year. He wished the outgoing Lady Captain Anne Grace the very best and said it was a pleasure to work with her over the past year. He thanked our President Kathleen O’Neill for her support over the past year and wished her a very successful final year of her Presidency.
Captain Tony in handing over to our Captain for 2022 Brian Slattery said,
Brian is an excellent golfer with a great dedication and enthusiasm for this Club. He will continue to drive the Club forward, and I wish him the very best for his year as Captain.

Brian Slattery take over as Captain
In his address Captain Brian thanked outgoing Captain Tony for this great opportunity to become captain of this great club that we all cherish. He said he will do everything possible to live up to all the great work that has been done by all the past Captains of the club and especially the work done by Kevin & Tony over the last two difficult years.
He congratulated Lady Captain Niamh Chadwick and said he looked forward to working with her over the coming year. He wished the Lady Vice-Captain Jacinta Coman the very best and to our President Kathleen O’Neill in the final year of her Presidency.