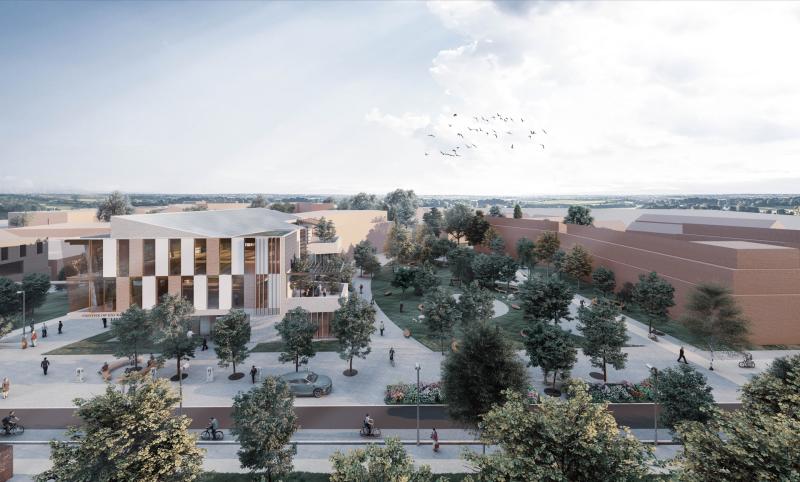 An exciting energy initiative in Nenagh could be a blueprint, not just for Tipperary but for Europe.

Local councillors welcomed a detailed presentation by senior engineer Brian Beck on the planned Centre of Excellence at Martyr’s Road at their December meeting.

“This will possibly be only one of a number of buidings like this in Europe and the only one in Ireland,” Mr Beck told councillors. “We have met on how we can engage at European level because of the unique nature of this building. This building can become not just a centre of excellence within Ireland but within Europe.”

The project will see a building that will not only be carbon free but will be a nett contributor to the national grid.

It will be at the cutting edge of energy technology, with proposals by the Technological Univeristy of the Shannon to send its research and Master’s students there to study and work.

The Centre of Excellence on the former 10-hectare Abbey Machinery site will comprise 1,600 square metres and when developed will have around 100 workspaces, incubation areas, training facilities and conference area.

He said that the aim was to have new jobs following its construction that will benefit the town.

“This site will in no way compete against Nenagh town. The site will complement and expand the town,” he said. “We want to engage with businesses well in advance of planning and not when it goes to planning so people are fully aware and can feed into it.”

Work has already begun with talks with the Department of Housing, and consultants have been appointed to examine business plans. When this is complete the intention is to procure a design team.

Mr Beck, who is chair of the steering group leading the project, said they hoped to engage with other landowners such as Irish Rail and ESB to further develop the area. They are already working with Lidl and will link its plaza with a walkway to the town park.

He said that they wanted to create an environment that was people dominated - not a centre for cars - with space for activities such as markets.

They are hoping to develop a new neighbourhood with housing behind the Abbey Court Hotel and have an area that is dominated by pedestrians and cyclists. Any car parking will be for electric vehicles.

Nenagh MDC cathaoirleach Cllr Michael O’Meara described the plan as “space-age. This is the way things are going.”

He said it was a blueprint, not just for Ireland but also internationally.

Mr Beck told Cllr Hughie McGrath that the transport hub, which, when realised will see buses stopping at the railway station, as the “key” to its sucess. “It is its unique selling point. The site will have its own transport hub,” he said.

Mr Beck further told Cllr McGrath that the council would look at a new orbital route from Tyone to the old Dublin Road.
The area would be a neighbourhood and not just a building, he said.

In response to Cllr Phyll Bugler he said that Grant Thornton were looking at 10-year business plans, but cautioned that there will be no anchor tenants and those that will be onsite will be partners in the project.

Cllr Ger Darcy said the project would be worth a lot to Tipperary.

Cllr John Carroll said that Tipperary County Council had the people to drive the project forward.