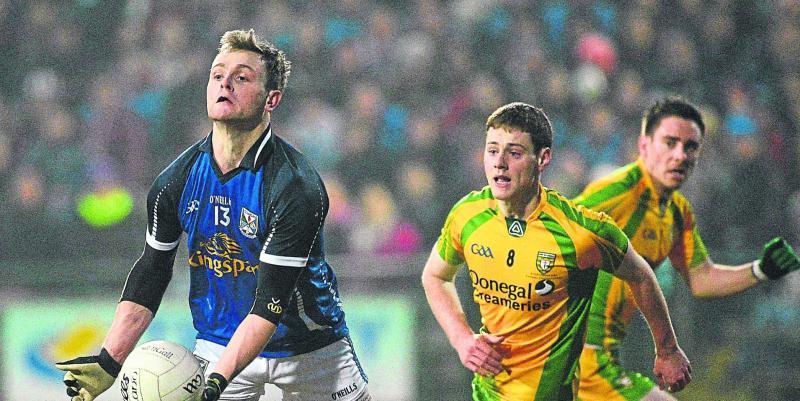 While Letterkenny's Ciaran Cannon was making his senior county debut for Tipperary at centre-back on Sunday last against Limerick in the McGrath Cup at Rathkeale, it was good to hear from our Cappawhite correspondent that the Tipperary hurlers are playing their part also in Tír Chonaill, albeit at a slightly more relaxed level.

Cannon, formerly of Letterkenny Gaels, is now a primary school teacher based in Clonmel, and threw his lot in with Clonmel Commercials in last year's county championship. A 2011 BT Colleges' Football All-Star while at St Eunan's College, Cannon played for Donegal in the 2013 Dr McKenna Cup when Maxi Curran's U-21s contested the competition in place of Jim McGuinness's seniors.

While Cannon was forced off injured just before half time in the win over Limerick on Sunday last, he was fit enough to start against Kerry at Templetuohy on Wednesday night; this time David Power's team going down heavily to Kerry. Tipperary will be hoping Cannon will have a big part to play for them in the National League which commences for the Premier County on Sunday, January 30 with a game in Dungarvan against Waterford.

Anyway, back to the Tipperary boys operating in the north west...
Three friends with Premier County connections who live in Donegal have brought some Tipperary hurling skills with them to the north west it seems. They have been hurling together on a local Donegal team and recently, having remained unbeaten throughout last year, they captured their league title.
The three are Ryan Quinn Mulcahy (whose mother hails from Tipp), Liam O’Meara (whose dad is a Fethard man) and Oisin Tierney Roach, another young man who is proud of his Tipperary connection connection.