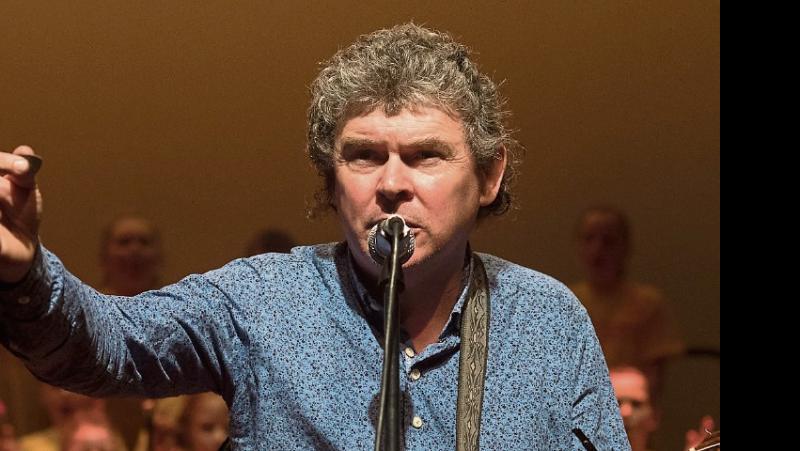 If you are looking for a night of good “craic” and wonderful songs you could do no better than share it with Jimmy Crowley and John Spillane at the Brú Ború theatre in Cashel.
Take both of Cork’s favourite characters, put them on stage together and pure magic happens.
Songs, stories, banter and wonderful Cork humour will make this an uplifting and memorable show on Saturday, April 23.
Keen to spread the rich song tradition of his native city, Jimmy Crowley will sing his ode to Cork, Beautiful City, his anthem to sporting heroes and champions the Boys of Fairhill and the Ballad of Christy Ring, poignant love songs I Know My Love and his World War 1 parody Salonika along with a good sprinkling of the humorous with Johnny Jump Up.
His beautiful song about the sailing ship Asgard, My Love is a Tall Ship was adopted as an anthem for sailors everywhere and was used in the RTÉ Documentary film on the Tall Ships Race.
Culminating in a decade of hard work, Jimmy produced a beautiful collection of urban ballads celebrating the history of Cork by depicting life as lived by the working people, their pastimes, labour, hardship and loves.
This outstanding collection was produced initially as a book Songs from the Beautiful City, and then as an audio visual show in which Jimmy performed his unique stories and songs, complemented by archive images and footage of Cork.
Added to this collection is his newly released double CD Songs from the Beautiful City.
John Spillane is a musician, songwriter, performer, recording artist, storyteller, poet, dreamer. Rooted in people, place and story, his music transports the listener and his live performances captivate audiences around the world.
A two-time Meteor award winner for Best Folk/Trad act, John is one of the most accomplished songwriters in Ireland.
With an extensive back catalogue beginning with the 1997 album The Wells of the World, his songs have been covered by Christy Moore, Sharon Shannon, Sean Keane and many others.
Twelve albums later, John has released his first independent album in 20 years, the highly acclaimed 100 Snow White Horses. The man and his music are pure magic.
Take for instance his many hits such as The Dunnes Stores Girl, The Dance of the Cherry Tree, Passage West, Oro Se do Bheatha Abhaile, Johnny Don’t Go To Ballincolllig, Magic Nights in the Lobby Bar to name but a few.
John has presented several TV series for TG4 including Spillane an Fana and Na Bailéid and has also published a beautiful book of songs and stories Will we be Brilliant.
TICKETS
No doubt this show will be brilliant because of these two great characters on stage together on Saturday, April 23 at Brú Ború theatre in Cashel.
Tickets €20 Box Office 062 61122 and online on www.bruboru.ie