CBS Rice Cup team go through to the semi-final 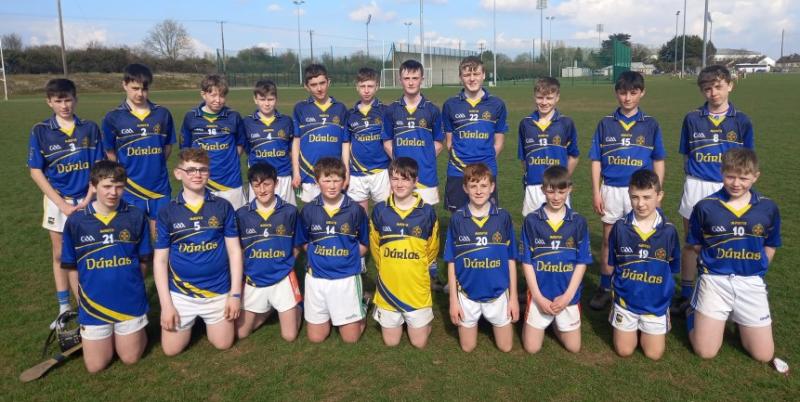 The Rice Cup team played their quarter-final on Thursday against Mullingar CBS in Crinkill GAA club near Birr.

This was Mullingars first time reaching the quarter-final, having beaten CBC of Cork earlier in the week. Mullingar had drawn with Ard Scoil Ris in the group stages also.

On the day, they were determined and plucky but found the jump in standard difficult. On the day, we won easily, 9-16 to 3-2. Much bigger challenges lie ahead.

In the semi-final, we play the winner of Kilkenny CBS and Youghal. This game takes place on Tuesday, April 26, with the semi-final taking place on Friday, 29.

On the other side, Templemore overcame Ard Scoil Ris by a point, and Midleton comfortably overcame Nenagh.

The Rice Shield takes place on Thursday, April 28. Our third team will play in this, and it takes place in The Abbey CBS in Tipperary Town.

Its set up to give boys more games and encourage participation.

Check out all the murals by clkicng on this page