'When you’re playing hurling at an elite level like our lads are and Limerick, it’s all about small margins' - Brendan Cummins 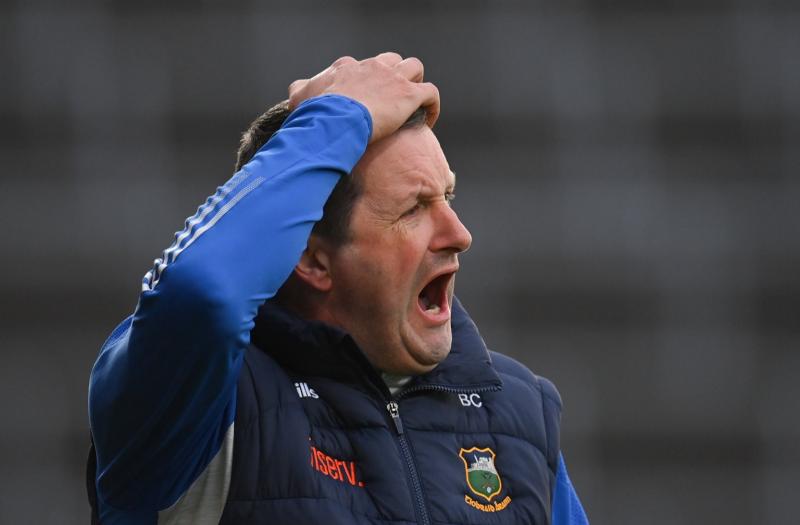 "It is disappointing, there’s no doubt about it. But the lads put in an unbelievable showing," Tipperary U20 boss said in the direct aftermath of a narrow loss to Limerick in last night's Munster final.

"But at the start of the year we had two missions. One was to try and win Munster and All Ireland titles and we just fell short. The other was to develop players and I’d like to think that the 20-year olds there today will be near enough ready to go in with Colm in the senior squad.

"So that is the huge positive for me leaving Limerick tonight, but obviously the negative is leaving here with a loss and it’ll take a few weeks to get over the disappointment. We were just short.

"They have some quality forwards, you know. But what delighted me was that even when we went seven down, we fought back and were in the game again.

"When you’re playing hurling at an elite level like our lads are and Limerick, it’s all about small margins between the teams.

"We didn’t get the breaks tonight unfortunately, but overall I think it was a positive experience for the group," he reflected positively.

Despite the disappointing loss in a titanic tussle, Cummins is satisfied that the team will provide much needed prospects for Tipperary hurling next year.

"We just came out from the lads that are leaving the U20 grade that we’ll be very proud maybe next year, sitting in the stands in Limerick please God, looking at three or four of them on the senior panel representing Tipperary," he finished.

Tipperary deaths and funeral details, May 5