Tipperary Soccer: Moyglass United are back after Cup final win over rivals 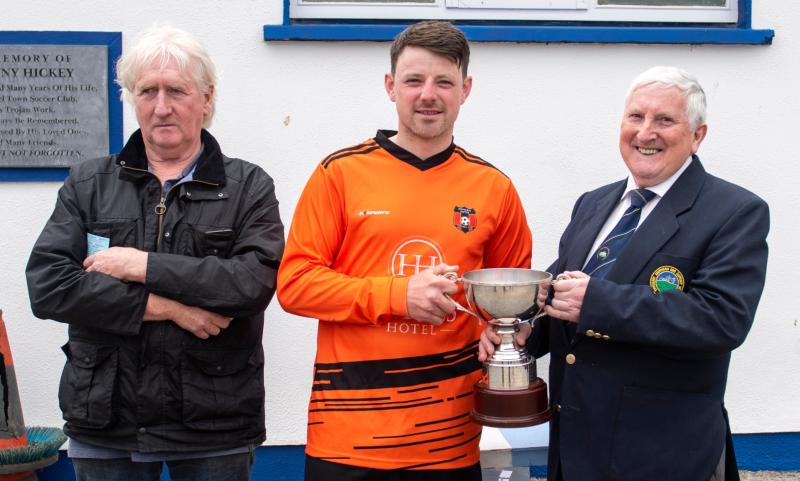 Moyglass United have a long history in the TSDL, but have been short on success in recent years, something they put to rest in Cashel on Sunday afternoon when they came out on top in the Peter O’Reilly Cup against local rivals Killenaule Rovers in front of a large crowd of vocal supporters.
The game started evenly with neither team getting a clear-cut chance until Killenaule’s Adam Morrow hit a rocket of a shot that heading for the top corner, only for Moyglass keeper Matthew O’Donnell to pull off a super save midway through the half.
The next chance came when Moyglass centre half Eddie O Brien carried the ball out of his own defence, found some space in front of him but had his shot saved by Mikey Bolger, and scrambled away to safety. In the end, the half finished without a score but you could see both sides were still feeling that the cup was still there to be won by either side.
The vital breakthrough came however, just three minutes into the second period. Moyglass were awarded a free kick inside the Rovers half, and a perfectly delivered setpiece by Mike Hickey landed perfectly for Eddie O’Brien to head past the Killenaule net minder.
With the lead now, Moyglass began to dominate with their midfield pairing of Adam Lyons and Niall Doocey controlling the tempo of the game. And it was Doocey who sealed the win, when Craig Nolan chased down a long ball into the corner of the pitch, cut it back to the edge of the area, and Doocey slammed home.
Completely on top now, Moyglass United were unlucky not to add a third but Sean Tynan’s header was excellently saved. For their part, Killenaule did make this game a good watch for the audience, but they were unable to stop a very determined Moyglass side, who were intent on capping a very good season by hoisting some silverware.
At the end of the game, captain Stevie Byrne lifted the Peter O’Reilly Cup, and with it raised hopes that one of the leagues sleeping giants might be on the verge of wakening again and getting back to where they will feel they rightly belong.