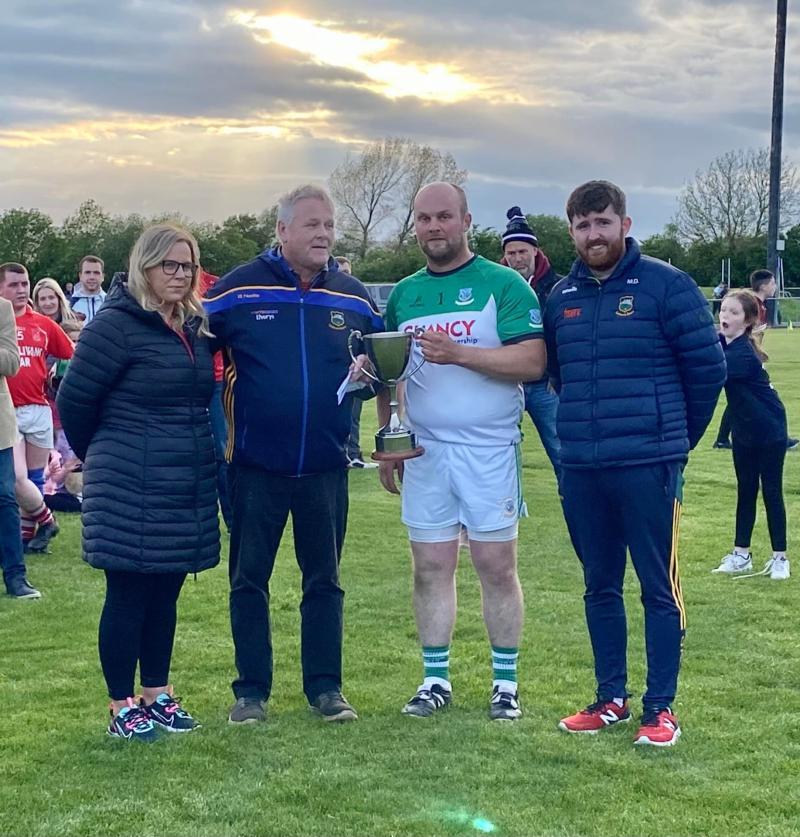 With a strong breeze at their back Thurles Gaels looked to take control of the opening exchanges. Killea however got the first score of the game with Alvis Danko getting out ahead of his man and pointing. The reliable Anthony Cooney got his first free of the day to level the sides.

Killea pushed hard to disrupt the Thurles Gaels defence and regained the lead with a fine Keith Nolan free out on the sideline. The aforementioned Nolan scored a wonderful point of his own, showing his experience by getting out in front and scoring. Cooney and Alan Ryan pointed two more frees, the latter a monster from the middle of the field to tie up the teams on 15 minutes.

Nolan nudged his side back in front with a 21m free before the first real goal chance of the game emerged. A good ball found Nolan in space but he opted for the score rather than continuing with the ball. Killea now two to the good and playing against the breeze.

Gaels plugged away and got the next three scores on the bounce before the first goal of the game came. A high ball into the Killea square was initially dealt well with by the defence but the ball eventually spilled to young Michael Mulcaire who made no mistake and scored the game's only goal.

Indeed, we could have a second goal moments later. The next puckout put the ball in the path of Alvis Danko who was fouled inside the large rectangle. Referee Michael Heffernan awarded a penalty but Keith Nolan pointed and brought three between the sides. The remaining minutes of the half were all Thurles Gaels and credit to them they found some lovely scores.

Dots Fogarty and Chris Munroe all scored individual points, with Alan Ryan hitting two monster frees from his own 65m line. Cooney then added three more to push his side 1-13 to 0-06 in front on the half time whistle.

The second half may not have provided the world of scores but the physicality level rose and got the large crowd in attendance behind their respective teams. Both teams found it difficult to manage the wind and the wides soon racked up. The opening score of the half came after 37 minutes.

A well worked move between Munroe and Mulcaire found Cooney who split the posts. Denis Russell clawed one back for Killea who were now playing with the aid of the breeze. The game had to wait another 11mins for the next score and it came courtesy of substitute Jack Bryan.

Patrick Tuohy knocked over a free, before Danko got on the end of a short side line to score. Tuohy again scored a placed ball before Ciaran Duffy scored a monster score of his own from the middle of the field. Referee Michael Heffernan blew the final whistle which saw Thurles Gaels emerge 1-17 to 0-13 winners.

Thurles Gaels will be delighted with this win following their narrow loss to Thurles Sarsfields in the same fixture last year. Both teams face off again next weekend in Killea in the County League and this reporter has no doubt that these sides will meet in the Mid Championship as the summer progresses.