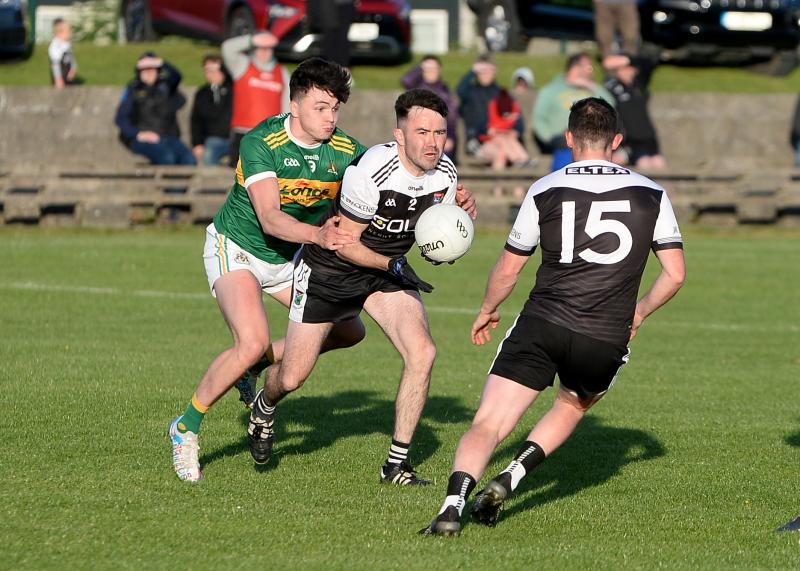 It was a second title for Clonmel Commercials in the space of four days, as they added the FBD Insurance county senior football league division one title to the south crown won midweek by overcoming JK Brackens in a keen contest at Boherlahan on Saturday evening that went to extra time.
Fancied Commercials had to come from behind in ordinary time to keep their challenge alive but they were the stronger side at the finish and just about got over the line against a JK Brackens outfit that can draw much encouragement from this outing.
A Lorcan Egan goal after 11 minutes, when Luke Ormond’s rebounding shot fell nicely to him, gave Brackens the early initiative and was the score that separated the sides after a lively first half, with the Templemore boys ahead 1-4 to 0-4.
It stayed competitive in the second half, with Brackens still 1-6 to 0-7 ahead when, in the 43rd minute Cian Smith was fouled but Brackens goalie Kuba Beben brilliantly saved Sean O’ Connor’s penalty kick.
A Jack Kennedy point for Brackens gave them further encouragement but in the closing quarter they failed to score as Commercials patiently reeled them in, points by Smith, Jason Lonergan and O’Connor levelling the tie at 0-10 to 1-7.
Brackens had goalie Beben to thank in the 50th minute for another top-drawer stop from Smith – a goal chance that might well have decided the match.
Points by Jason Lonergan and Sean O’Connor gave Commercials an early lead but they were rocked after six minutes when Dean McEnroe set up Jack Kennedy for a Templemore goal and a 2-7 to 0-12 lead.
A minute later, after Beben had denied Michael Quinlivan’s goal effort, the resulting 45 was quickly taken by Commericals’ goalie Michael O’Reilly, who sent Quinlivan through a switched-off Brackens defence for a cracking goal and a 1-12 to 2-7 lead for the south champions.
Jack Kennedy responded with a Brackens’ point, leaving Commercials ahead 1-12 to 2-8 at the break in extra- time.
Two tired teams faced into the final ten minutes, which yielded just one point, Seamus Kennedy’s effort after nine minutes clinching the title for them, while JK Brackens saw Shane Doyle sidelined for a second yellow card right at the death.