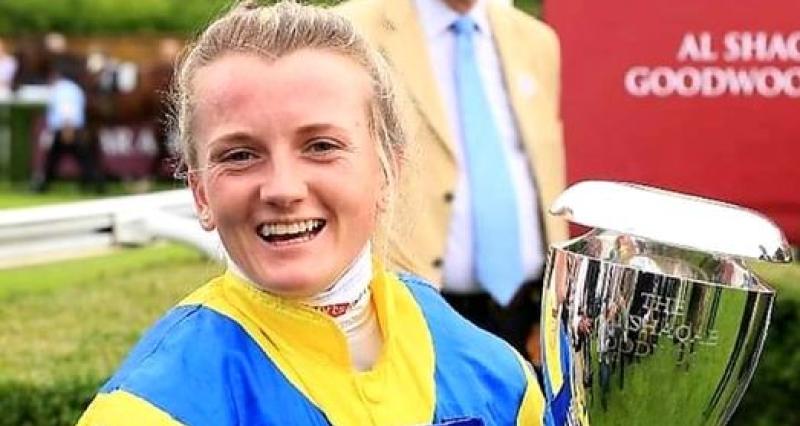 A jockey with strong Tipperary connections landed her first Classic success when Nashwa won the French Oaks on Sunday.

Hollie Doyle enjoyed a thrilling victory on the Frankel filly in the Prix de Diane at Chantilly.

Nashwa, trained by John and Thady Godson, was the 7-4 favourite and under her record-breaking rider won the race in some style.

The success rounded off a highly productive week for Doyle, after the two-year-old Bradsell provided her with her third Royal Ascot victory in as many years when winning Tuesday's Coventry Stakes in impressive fashion.

Fixture made for Tipperary minors All-Ireland final with Offaly

Hollie's father Mark Doyle grew up in Bianconi Drive, Clonmel and worked for a few years with the Mouse Morris stables at Everardsgrange, Fethard, before emigrating to England to continue his career in the horse racing industry. He went on to ride winners under both flat and national hunt rules cross channel.

Hollie grew up in Herefordshire with her parents Mark and Caroline, where the family had ponies and point-to-pointers at home.

She has many other relations in Tipperary.

Just over a year ago Hollie equalled her own record of riding five winners at a race meeting at Kempton Park.

As she continues to from strength to strength, her achievements in 2020 were recognised when she was third in the BBC Sports Personality of the Year award and she was named flat jockey of the year at the Lesters.