Carrick team will meet Mullinahone in this weekend's final 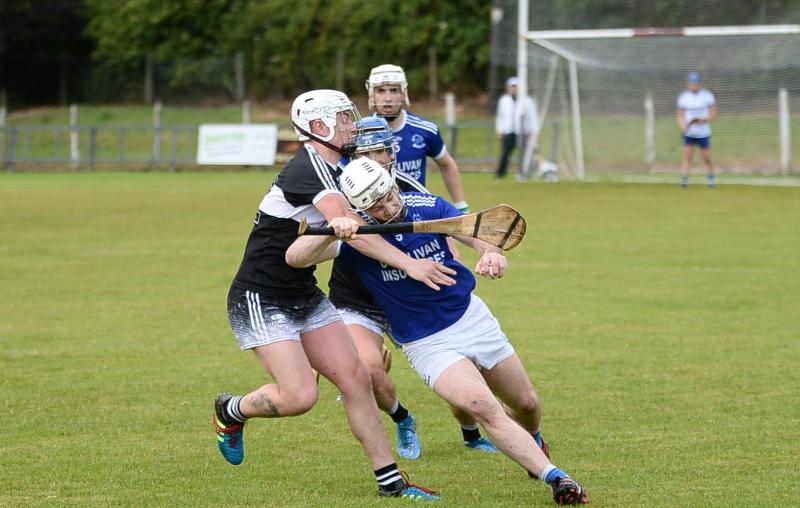 Friday night’s Clonmel Oil South senior hurling championship semi-final at rain-lashed Ardfinnan featured championship intensity – but for over forty minutes it all came from Carrick Swan.
They pummelled St Mary’s with a display of front-foot hurling that defied the conditions and established themselves as serious contenders for the divisional title this weekend, when they face Mullinahone in the final.
This was Swan hurling at its traditional best, roared on by their usual enthusiastic supporters.
They had the game virtually won midway through the first half when they led 2-8 to 0-1. St Mary’s had hardly settled by then, bullied off the ball, unable to build any momentum and failing to match the Swan intensity.
The Clonmel side were short up to six regulars and were fairly threadbare on the bench but the match stats make for alarming reading.
Swan outscored them 2-12 to 0-5 from play. Only three St Mary’s players scored from play, Sammy Ryan and Josh Ryan with a brace each, and Peter McGarry. They only managed three points in the first thirty minutes and their first point from play didn’t come until eleven minutes into the second half.
Six pointed frees from county man Seamus Kennedy maintained some form of respectability on the scoreboard. They may have outscored Swan by ten points to six across the second half but it was scant consolation, as the Swan lead was never threatened.
Two cracking goals from Owen Harrigan and Jamie Holloway were the standout scores from the Carrick men, with Harrigan too hot to handle throughout for the Clonmel defence. Aaron Dunne was immense at midfield, Danny O’Hanlon was unerring from placed balls and Swan had stars in defence in Stephen Hahessy, Billy Murphy and Gavin O’Halloran.
Carrick Swan tore into St Mary’s from the start, Eric O’Halloran scoring the opening point and Danny O’Hanlon following up with two, one from a free, by the seventh minute. Swan were on top but St Mary’s were creating chances, although their poor shooting from placed balls started to cost them dearly.
Swan started to up the tempo as cracks appeared in the St Mary’s defence. Kevin Lanigan set up Aaron Dunne to put them four ahead in the ninth minute and three minutes later Harrigan hit a superb goal that gave Dunphy no chance. Aaron Dunne chipped over a point from the puckout and Swan were now rampant.

Kennedy, from a free, opened the St Mary’s scoring in the 13th minute but it was just a brief interruption to the Swan tsunami of scores. O’Hanlon responded from a free after he was fouled, O’Halloran popped over after a flowing move involving Dunne and Dean Waters, and then in the space of a minute Jamie Holloway scored his side’s second goal after Dunphy had made an earlier block, and Dean Waters followed up with a point.
That made it 2-8 to 0-1 after just sixteen minutes. Peter McGarry hit a superb sideline cut for St Mary’s second score of the game in the 20th minute but Gavin O’Halloran cancelled that out, followed by O’Halloran setting up Dean Waters for a point from halfway.
St Mary’s were off target again with a number of chances before Kennedy pointed his second free but Swan had the last say of the half when Dean Waters put Harrigan through for a lovely score.
A fourteen points deficit, 2-11 to 0-3, was going to be hugely difficult for St Mary’s to claw back and while they never threatened to do so, they upped their performance in the second half to make it someway competitive.
Kennedy and O’Hanlon exchanged two pointed frees each in the first seven minutes before St Mary’s hit three points without reply, Ruairi Leahy pointing a free, Josh Ryan hitting their first from play and Sammy Ryan following up with another from play after he was put through by Conor Deely.
O’Hanlon knocked over from a Swan free before St Mary’s replied with two, from Josh Ryan again and a Kennedy free from halfway to make it 2-14 to 0-10 midway through the half.
The sides hit three points each in the final quarter as the game headed towards its inevitable conclusion – two from play for the Clonmel side from Sammy Ryan and Peter McGarry, and a sixth Kennedy free; and Harrigan, Dunne and O’Hanlon for Swan, all from play.
St Mary’s twice chased a goal in the closing minutes, bringing out ‘keeper Enda Dunphy to take frees, but Swan dealt with the danger on both occasions.
Carrick Swan: Adam Kerwick, Danny Walsh, Stephen Hahessy, Billy Murphy, Scott Hogan, Colin Loughman, Gavin O’Halloran 0-1; Aaron Dunne 0-3; Ryan Waters 0-1; Eric O’Halloran 0-2; Kevin Lanigan, Dean Waters 0-1; Owen Harrigan 1-2; Jamie Holloway 1-0; Danny O’Hanlon 0-7, 5 frees.
Subs: Dean Walsh for Lanigan, Shane Torpey for Murphy, Aidan Waters for Harrigan, Taylor Fleming for O’Hanlon.
St Mary’s: Enda Dunphy, Matt Barlow, Eoin McCarthy, James Norris, Conor Deely, Ross Peters, Sammy Ryan 0-2; Tadhg Condon, Ross Peters, Josh Ryan 0-2; Gavin Ryan, Cathal Deely, Peter McGarry 0-2, 1 sideline cut; Seamus Kennedy 0-6 frees; Ruairi Leahy 0-1 free. Sub – Dean Cagney for Gavin Ryan.
Referee: Paddy Ivors (Ballingarry).