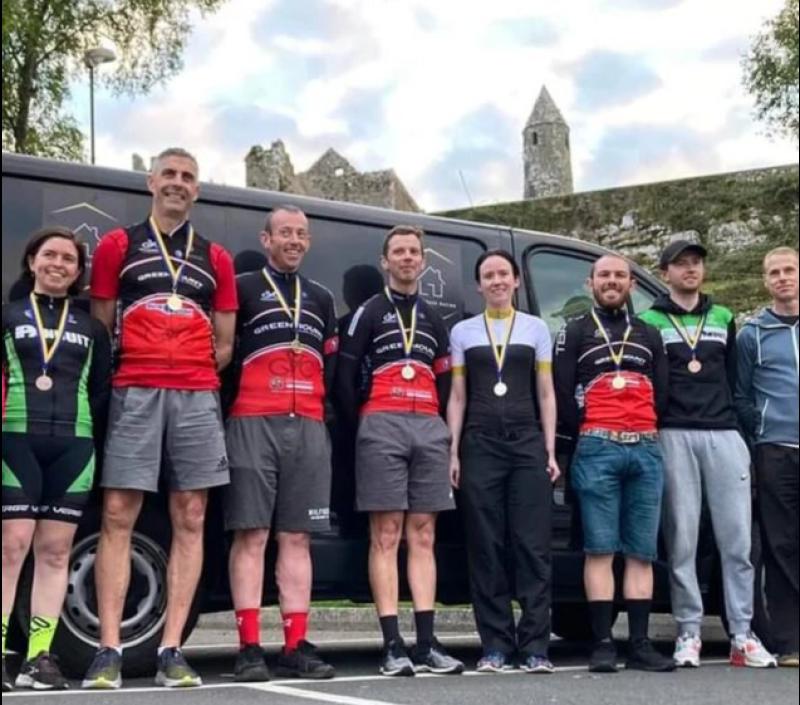 The Tipperary county road cycling championships were held on Thursday, July 9 by 'Black House Racing' cycling team. The race was 60km, starting at the foot of the Rock of Cashel, which made for a beautiful backdrop for this spectacle of racing. The race followed a 12km circuit (five laps in total) from Cashel to Boherlahan, Ardmayle and back to Cashel. Cyclists travelled from all over the county and beyond to contest the highly coveted titles.
The mens race was won by Simon Ryan from Daniel Bresnan (both riding for Greenmount Cycling Academy), with Darragh Whelan (Panduit Carrick Wheelers) finishing in third place.
The womens race was won by Claire O’Sullivan (Nenagh Cycling Club) from Niamh O’Dwyer (Black House Racing), with Jane Cullen (Panduit Carrick Wheelers) claiming third place.
The masters prize was won by Richie Burke and Derek Cullen (Greenmount Cycling Academy), in the over 40 and 50 categories respectively.
Black House Racing would like to thank all the riders, supporters, and volunteers who came together to make this championships possible and a great success.