With the conclusions of the Adult League Finals completed the weekend it’s full steam ahead with the start of the Adult Championships getting underway over the course of this weekend.
Tipperary Ladies Football in association with their official broadcast partner CK Streaming recently held the official launch of the championships.
With 38 different teams taking part over six competitions and the majority of clubs in attendance at the launch all clubs are looking forward to what promises to be a feast of football in The Premier County in the coming months.

Here we take a look at the Senior Championship and the teams likely to figure most...

Senior Championship
The Senior Championship sees nine teams with two groups.
In Group 1 Brian Borus, Clonmel Commercials, Fethard, Galtee Rovers and Thurles Sarsfields will battle it out for the two semi-final spots.
Borus will still be hurting from last year's heartbreaking final defeat to Aherlow. Orla Fleming will be hoping that loss can drive them on in this campaign. Laura Morrissey has been struggling with injury lately but if she gets back to full fitness will marshall the edge of the square and no full-forward will relish the prospect of coming up against her. Jen Grant, Maureen Murphy, Cliona O'Dwyer are some of the stand out names and if they can bring in some of their successful U-21 team Borus can go deep into the competition.
Commercials were shooting the lights out in the league before coming unstuck in the semi-final against Moyle Rovers. Despite this they'll look to Niamh Mackey, Anna Carey, Courtney Lonergan, Sally Qunlivan and Sara Ryan to progress out of the group.
Fethard have the potential to have a huge say in the championship. They're currently playing a fast running game that when it comes off is great to watch. They'll hope Carrie Davey can play a part in the campaign after struggling with injury and if the likes of Lucy Spillane, Leah Coen, Niamh Hayes and Kate Davey can click watch out for what can be a huge year for the club.
2021 Intermediate champions Galtee will be riding the crest of a wave and hope the spirit shown in that intermediate success can drive them forward.

Ruth Ronan has left from last year's panel while Megan Heffernan is on the way to The States to commence a soccer scholarship and Kate Flannery's rugby career is starting to take off with Ireland.
Despite these losses the likes of Edith Carroll, Niamh Roche, Emer McCathy, Aoibhe Gayson Molloy, Ali Lonergan and county minor captain Aoife Flynn will no doubt look to build on the success of 2021.
Sars will be hoping the loss of a few key players who have transferred back to their home club of Loughmore won't have too much of a bearing for them.
Katelyn Ruddy, Clodagh Irwin, Marie Creedon and Andrea Loughnane will take up the mantle and look to improve on last year's showing. 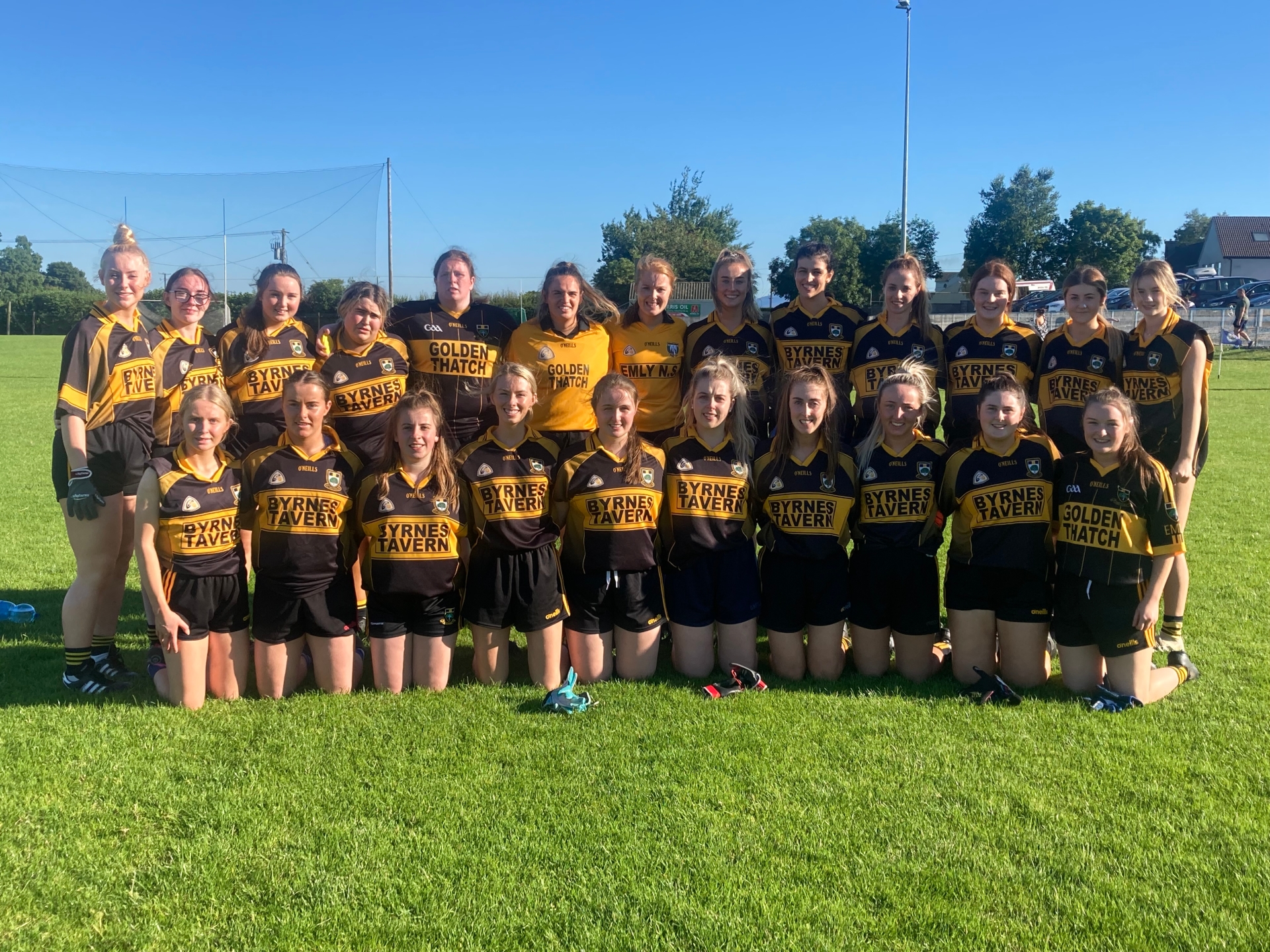 Group 2 is the ultimate Group of Death with reigning champions Aherlow joined by last year's beaten semi-finalists Cahir and Moyle Rovers and Templemore.
Aherlow currently have Anna Rose Kennedy out of the country and will be hoping to still be in contention when she returns, while her sister Caitlin is close to full fitness having missed the inter-county championship through injury. Laura Ivory and Brid Condon will no doubt lead from the back while Maire Condon, Sara Morrissey and the ever impressive Emma Morrissey will be looking to help the girls from The Glen put back-to-back together.
Cahir fresh from their league final success will be confident of doing the double. Aoife Corcoran and Emma Buckley are in super form at the moment through the spine of the defence, with Clara Fahey the engine in midfield. Anna Downey showed her class recently kicking four points from play in the league final and with Niamh Costigan, Roisin Howard, Orla McInery and Rosanna Kiely in attack they're going to be a handful for any defence. Add in the strong bench and rumours that Aishling Moloney might see in action before the year is out Cahir sit rightfully as favourites for the crown at the moment.
While Moyne Rovers will be disappointed with their league final defeat they showed enough over the course of the campaign to think they can get out of the group.
Niamh Lonergan is still leading the attack and with the Cronin sisters Emma and Michelle in defence and Hazel Brennan returning they can be confident before the campaign kicks off. Kirsty Crotty-Ryan is in super form right now and with the highly potential U-16 Tipp Panelists to return the girls from Lisronagh will be confident of making inroads as the year progresses. They'll hope the experienced Gillian O'Brien will return from injury before the first round.
Templemore make up Group 2 and with huge work gone in at grassroots level one feels it's only a matter of time before they make the breakthrough at senior level.
It remains to be seen what if any part Maria Curley will play in the championship after her recent injury picked up against Dublin. Having said that Ava Ormond, Iris Kaiser and Erin Bourke will shore up the defence while the experience of Elaine Fitzpatrick around the middle of the field will give freedom to the likes of Neassa Towey, Shauna Quirke and the two Delaneys Aine and Kate to express themselves. Add in Jill Johnston, Dani Ryan and a few more and there's plenty of quality in this team.