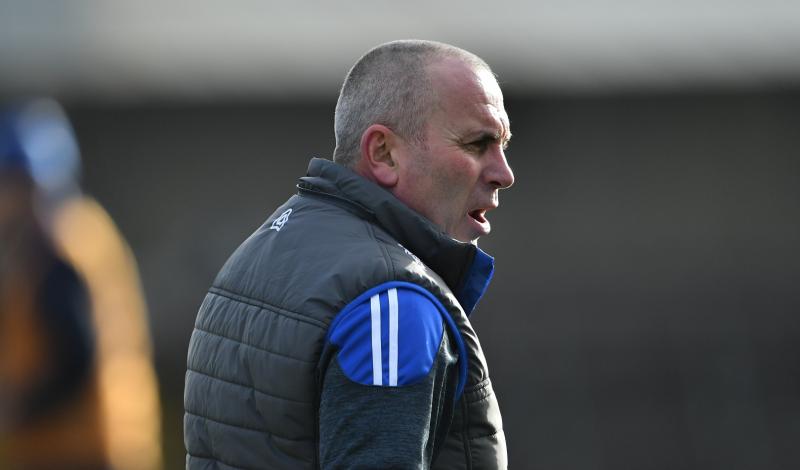 Strength and conditioning coach Tommy Ryan is "at the top of his game", according to Tipperary senior hurling manager Liam Cahill. Picture: Piaras Ó Mídheach/Sportsfile

Highly-rated by new manager Liam Cahill, Tommy Ryan has been confirmed as the strength and conditioning coach in the Tipperary hurlers' backroom team.

"Tommy Ryan has worked with me all the way up along from minor to my senior days in Waterford," Liam Cahill says.

"Tommy is a man at the top of his game and he is going to go forward with me into this Tipperary role with all the energy and enthusiasm he has shown while we have worked over the last number of years.
“I’m looking forward to getting Tommy on board and getting him stuck into these players over the next number of months.”

Speaking on Tipp FM this week, Liam Cahill described strength and conditioning as “a vital part of the preparation of a high performance environment.
“We look at Limerick, who look to be superbly well conditioned. There looks to be a massive amount of consistency about what they have been doing right up along through their academy and feeding into their senior team.
“That’s something the Tipperary County Board and Games Development Committee are getting to grips with and getting their heads around.

"While we mightn’t have success straight away, the platforms and particular models required are being put in place now to make sure we’re in better stead over the next number of years.

Regarding the appointment of his selectors Padraic Maher, TJ Ryan and Declan Laffan, Liam Cahill said he was absolutely delighted to have the calibre of people he had on board with him.
“It was three phone calls, three meetings and three yeses. That will just tell you where Tipperary hurling and Tipperary GAA is in the mindset of these three people.
“Unfortunately, Paudie Maher had to step away from inter-county hurling and I think it’s something that doesn’t sit well with him yet. I think he feels he still has a lot to offer on the training field from a coaching and leadership perspective.

"I was absolutely thrilled when he accepted my offer to come into the management team and it gives the perfect link between the current player and a new manager coming in.
“I’m really looking forward to working with him and the rest of the selectors.”
Liam Cahill said that his move to Waterford was the right thing for him as a manager to help him develop.
“I am forever grateful to the Waterford County Board for taking a chance on me and Mikey Bevans.”
He said he had gained a lot of experience dealing with adult players “for the mechanism and the monster that is the preparation of a senior inter-county team.

"It’s a big job of work with a lot of moving parts, with a lot of personnel on and off the field.
“It is a step-up moving from a minor or Under 20 team to taking over a senior team.”