Some pointers to form emerge from opening weekend 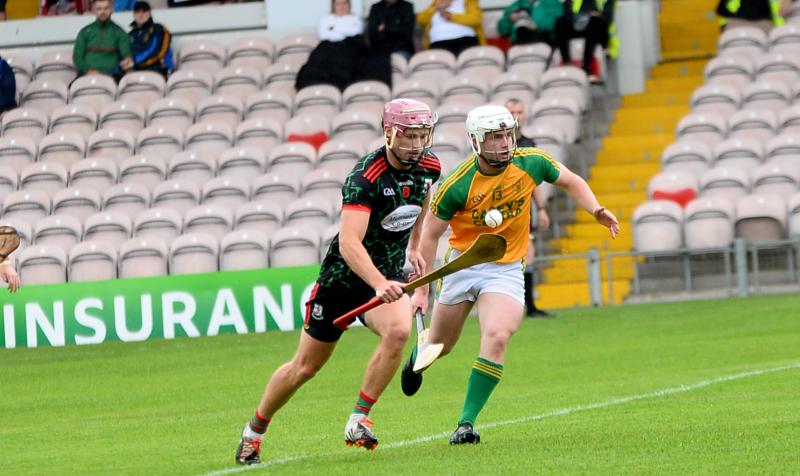 Sean Curran, with Toomevara's Kevin McCarthy keeping tabs on him, goes on the attack for Mullinahone in the opening round of the FBD Insurance county senior hurling championship in Thurles.

Meanwhile, Liam Cahill has wasted little time in finalising his cabinet. The eye-catching addition is Paudie Maher, whose recruitment is an interesting move by the manager. I guess he brings an element of continuity as well as a link with the more seasoned element of the panel. It was known last year that the group was fractured along service lines, with the young and the older elements not mixing too well. Paudie would have been missed in the dressing room this year and his return now in a new capacity should, hopefully, help to bring cohesion.
There’s a clever divisional mix in the management also. TJ Ryan has a long history of service with Cahill at underage and he ticks the western box. Declan Laffan is an interesting inclusion from the mid. He was a low-key but very effective general during Loughmore’s great achievements and is well regarded by those who know him.
As a group this management carries a heavy burden in trying to restore Tipperary’s standing after it slipped to a new low this year.
Finally, Cody has left the room. The undeniably greatest hurling manager ever has decided to slip away after 24 years patrolling the sideline.
His achievements need no elaboration here, they stand on their merits as unmatched and, perhaps, unmatchable. Eleven All-Irelands alone is simply astounding.
Other great managers achieve their greatness with a particular crop of generational players but Brian Cody reconstructed his team several times, which is what truly sets him apart. His latest creation came so close to Limerick a fortnight ago, which is perhaps the reason why some people were a little surprised that he didn’t go again to try and finish the job.
There’s a lot of nonsense talk nowadays about management, tactics and whatnot, all overplayed by a noisy media. Ultimately any manager is judged by one barometer alone: his ability to get the very best out of the players at his disposal. In that regard Cody was peerless.
There was a consistency to his teams over the years that was quite astonishing. They always played to a particular template and never deviated. Others fluctuated but not Kilkenny. His public personality wasn’t particularly endearing and the caper with Shefflin this year did nothing to soften that image, though I suspect that won’t cost him any sleep. What mattered was winning and nothing else.
There’s scope there for a fascinating biography; the previous one was utterly forgettable.