Ash dieback a real threat to Ireland and hurling 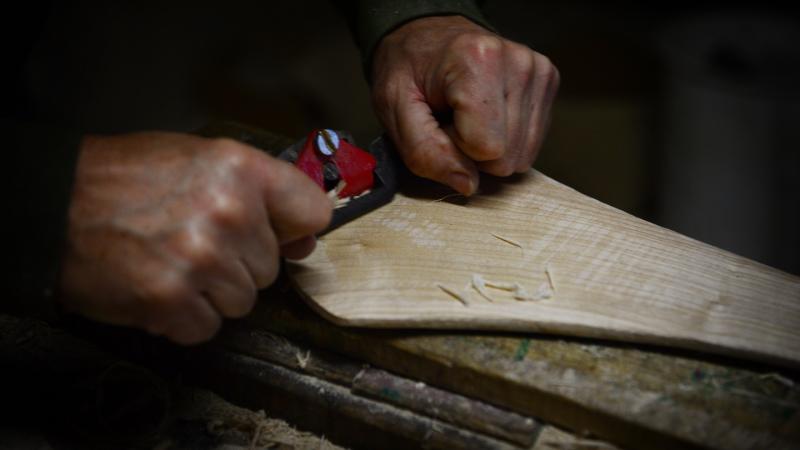 Ash dieback, caused by a fungal pathogen – Hymenoscyphus fraxineus – which, it says, is prevalent throughout most of the island of Ireland now, and is likely to see serious dieback of ash trees in Ireland over the next two decades according to Teagasc.

In 2010, Coillte were confident that, based on ash tree plantation, Ireland would be self-sufficient in the supply of Ash for hurley-making by 2022.

Fast-forward 12 years and unfortunately that estimation has sadly proven well wide of the mark.

Everything changed in 2012 when ash dieback disease arrived on these shores.

Chalara Fraxinea, to give the disease its Latin name, is a fungal disease that’s believed to have existed for centuries in eastern Russian and parts of China.

When trees from those regions were brought to Europe, the disease quickly spread through the continent to the point that it’s feared the ash tree species will eventually be totally wiped out.

Ash dieback is highly contagious and because it’s windborne it quickly moves from one plantation of trees to another. Spores of the fungus are carried in the air, settle on leaves during the summer months, and spread through the rest of the tree from there.

When a tree is infected, it effectively rots from the inside out, making it good for nothing other than firewood.

The prevalence of ash dieback in Ireland, allied to the restrictions of planting ash, means that things will get worse before they get better and land owners can get a return on their investment in planting ash.

This problem is compounded by the fact that it is difficult to get felling licences to cut down existing ash, so trees that are currently healthy may well be infected by the time it’s possible to harvest them.

Hurley-makers have had to import ash from abroad to make up for the short-fall in Irish ash, but now this supply-line has been threatened by ash dieback as well as the war in Ukraine where many hurley-makers source their ash.

Back in March, Canning hurleys were forced to go out of business because they simply couldn’t source enough ash planks anymore, and it seems inevitable that more hurley makers will soon find themselves in the same tough corner.

The GAA has been proactive in trying to come up with innovative solutions to what’s an increasingly dire problem, with the Ash Tree Society taking the lead in this regard.

Headed up by the GAA’s Director of Organisational Culture, Planning, and Development, Pat Daly, it also includes key stake-holders from Coillte, Teagasc, the Department of Agriculture, the Irish Guild of Ash Hurley Makers, and the Limerick and Tipperary Woodland Owners.

The Ash Tree Society has focused on three key initiatives:

1: Breeding Ash trees that are resistant to disease.

Generally, one in 100 trees show a high degree of tolerance to ash dieback. So, after a trawl of more than 20,000 ash trees around the world, 200 were selected and used as breeding stock.

This involves using ash cuttings from higher up the tree as distinct from root ash and using a process of jointing and gluing to develop a ‘reinforced’ hurley.

This involves a synthetic handle and shaft with a piece of wood, not necessarily ash, glued to either side of the shaft with a view to replicating the inherent qualities of the ash hurley.

The first strategy, breeding ash trees that are resistant to disease, is a long term one and it will take 15-20 years before the impact of this will take effect at grassroots level. This means, by necessity, that the focus for now will be on developing ‘reinforced’ and ‘hybrid’ hurleys.

Hurley makers who might have been resistant to going down that route are now beginning to realise that they may have little other option.

Hurleys made from material other than ash will also have to become more of a focus in the coming years.