Shock and sadness at sudden death of popular figure 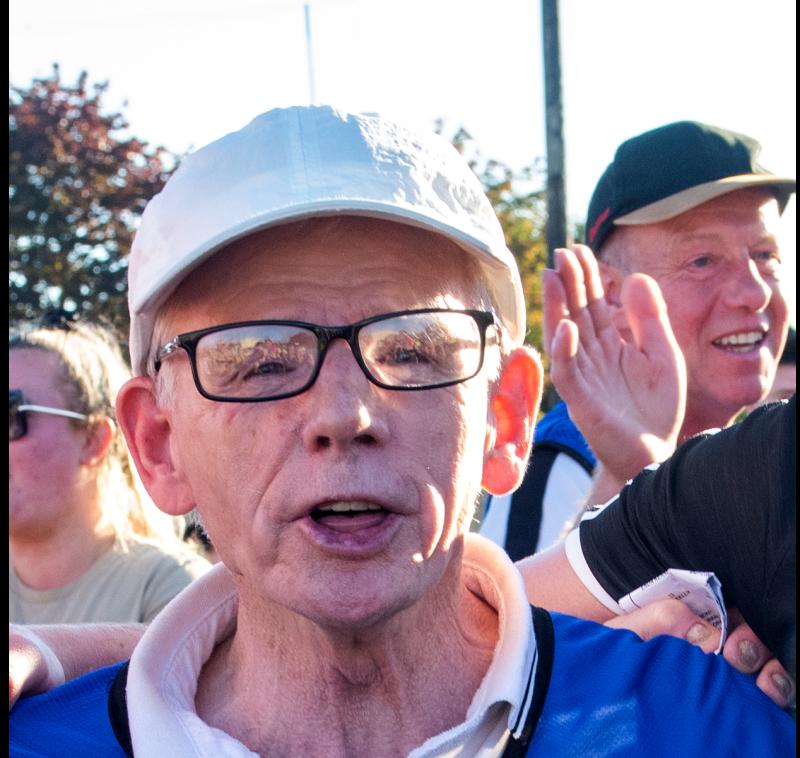 There was widespread shock and sadness in sporting circles in Tipperary, and throughout the wider community, when news emerged last Saturday evening of the sudden death of Bernard O’Neill.
Bernard, who lived in Ard Fatima, Clonmel for many years and was originally from St Nicholas Park in Carrick-on-Suir, was affectionately known far and wide by his nickname ‘Pinky’.
He was a fountain of knowledge on all things sport, and especially fitness and training.
‘Pinky’ was well-known for his work as a trainer, mentor, masseur and physio with many sports clubs, including his beloved Carrick Swan, as well as Clonmel Town soccer club, Clonmel Athletic Club and Clonmel Commercials.
He was also an athlete of some repute having won many county, provincial and national titles.
Even in his 70s, he continued to compete in masters events as a member of Clonmel AC.
In his youth, Bernard, or Bernie was a pacy forward in hurling and football with Carrick Swan.
However, his first love was helping others to achieve their full fitness and to maximise their potential as players.
He was still involved with Swan’s senior hurlers 50 years after he began training club teams.
He was renowned for his positive attitude and good humour, which remained as infectious as ever right up to his untimely death, and players and athletes responded to his kind-hearted nature and encouragement.

In a tribute, Clonmel AC PRO Niall O’Sullivan said that ‘Pinky’ was “hugely popular and greatly loved across many sports.
“It was athletics which proved to be his greatest love and abiding passion throughout his life and he was a terrific sprinter and a fierce competitor.
“The title of gentleman was most definitely made for Bernard.
“Those who knew him were only enriched by his presence and the enthusiasm he expressed for sprinting and love of competition.
“Bernard’s speciality events were the 100 metres, 200 metres and long jump and he planned for each event with great enthusiasm and dedication.
“Bernard was no stranger to the top of the podium at National Masters level this year, winning gold in the 60 metres indoor race and silver in the 200 metres.
“At the time of his death he was deep in preparation for the National Masters outdoor championships.
“He was a mine of information regarding sport, training and injury treatment but always willing to learn new ways of training.”
Meanwhile, in a statement Clonmel Commercials Gaelic football club said that although ‘Pinky’ was a proud Carrick man, he was adopted into the club as a masseur and in turn became a huge supporter.
“Every time you met him he’d always ask how things were going in ‘the field’.
“Pinky helped so many of our players with injuries over the years and was also there to give advice to both players and management with his huge experience.
“He was known to take some drills, using his athletics knowledge to keep our lads in shape or in the hope of adding another yard of pace.
“Pinky was involved in the backroom teams of both our 2002 and 2012 county senior championship-winning teams, when he was affectionately known over the period as ‘the minister of pain’.”
Bernie received a Laochra Gael award from the Tipperary County GAA Board three years ago.
He is survived by his wife Marian, daughters Cathy and Erica, sons Mark and Johnny, sisters Breda, Eileen, Cela and Stella, brother Gerry, extended family and friends, to whom sincere sympathy is extended.
The funeral will arrive at St Nicholas Church, Carrick-on-Suir for Requiem Mass tomorrow, Thursday August 4 at 10.30am, followed by burial afterwards in St Mary’s Cemetery.
May he rest in peace.