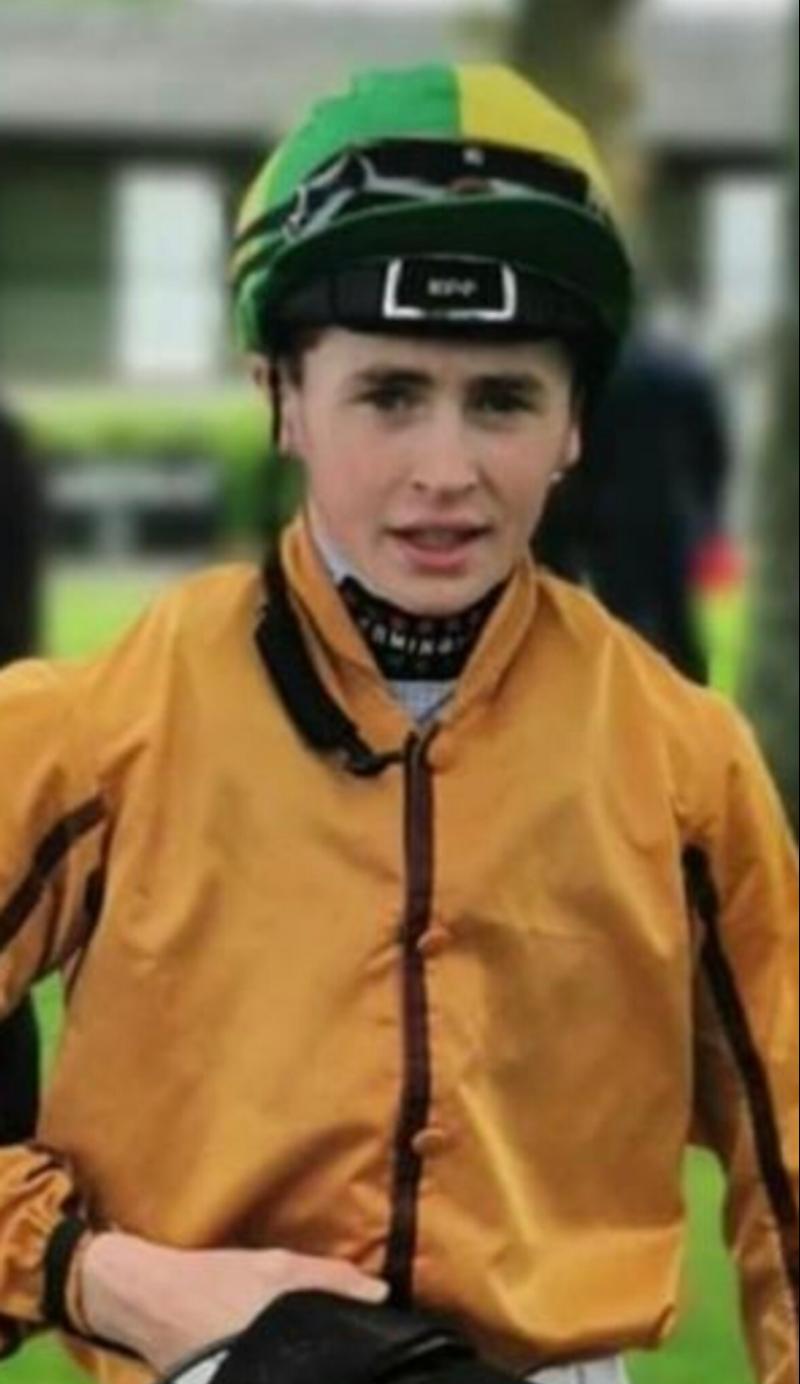 Jockey Jake Coen was the winner of the Fethard Sports Achievement Award for June 2022. July's winner will be announced on this Friday in Butler's Bar, Fethard.

The nominations for the July Fethard Sports Achievement Awards have been announced. There are eight in the running for the monthly award, covering seven different sports, demonstrating the wide interest in all sports in the local area.

2. Kate Flannery.
Fethard rugby player Kate has just completed a successful tour with the Irish U/18 7,s squad, and has also been called up to the extended panel for the Irish senior ladies.

3. Pat Morrissey.
Pat was manager of Tipperary u/16.5 ladies football who were beaten in the All Ireland Final by Kildare.

4. St Rita’s Camogie.
Winners of the county u/21 shield final by beating Boherlahan/Dualla which was plated at The Ragg.

5. Lucy Spillane.
Lucy scored a very impressive 5 goals and 7 points in the u/21 Camogie shield final played at The Ragg.

6. Jacqui Stokes.
A member of Cork Wanderers hockey club who had an impressive 3rd place finish at an international club tournament held in Valencia in Spain.

7. Aine Connolly.
Aine is currently representing Ireland at the u/18 European Eventing Championships held at Hartpury in the U.K.

WINNER ANNOUNCED
The winner will be announced on Friday night next August 5 at Butlers.