A tribute to well known and much liked, Seamus Maher, Two-Mile-Borris, Thurles

The former farmer, developer and co-owner of the Anner Hotel had many interests in life 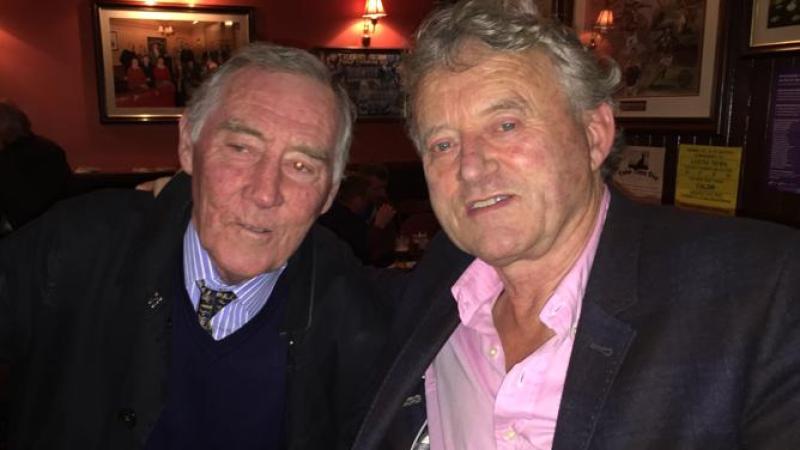 The sad passing on July 13 of Seamus Maher Beechmount, Two Mile Borris occasioned great sadness in the community and much further afield, as he was a well known and highly respected man.

Seamus died peacefully at his residence, surrounded by his loving family, after an illness bravely borne and when word of passing became known there was widespread regret in farming,arts and business sectors in particular.

Predeceased by his parents Michael F. and Nora, Seamus’ untimely death left a terrible void not only in his family circle but in the village of Two Mile Borris and further afield in Tipperary.

Many warm tributes have been paid to Seamus in the interim - he has been described as a gentleman to all who knew him though many walks of life.

The local community showed their respect to Seamus as his remains reposed at his residence at Beechmount. The Outdoor Christmas crib and the Christmas lights were ablaze and open to the public for viewing, highlighting the great skills that Seamus had in organising these each year for the Christmas season. Further talents saw him perform as Santa , carol singing and the Church choir down through the years, to mention just a few of them. He was also into drama and Scór and was a great man to work with timber.

His education was at the local National School, Thurles CBS secondary school and Rockwell Agricultural College. His involvement on the family farm changed in 1988 and building and property development in Two Mile Borris and further afield in many parts of Ireland were to occupy his time instead. The purchase of the Anner Hotel in Thurles 2014 with his brothers proved very successful and they ran a great business there until 2017.

Seamus was a great family man and the many visitors who turned out to pay their respects were greeted warmly and appreciatively by his family who delighted in hearing the many tributes to, and tales about, him.

Removal took place from his residence to St.James Church. Members of the Maher family carried his remains, stopping at the Outdoor Crib of which he was very proud for one last time.

Chief Celebrant Fr Tom Fogarty was assisted by Fr.John Duggan, Fr.Tom Dunne and Fr.George Bourke and they were to receive symbols of Seamus’ life including a red scarf; tractor; a photo of brothers at the Anner Hotel; Rosary beads; a photo of one of the housing developments; trophy of Moycarkey Borris G.A.A; drama winning prizes; and a musical instrument. His brother PJ delivered a very fitting eulogy afterwards as he spoke tenderly of Seamus.

Guards of honour from a number of organisations accompanied Seamus as he left his residence for the last time for cremation in a private ceremony. The community in Two-Mile-Borris showed their deep appreciation for his goodness and kindness as they saw him on his way.
May he rest in peace.