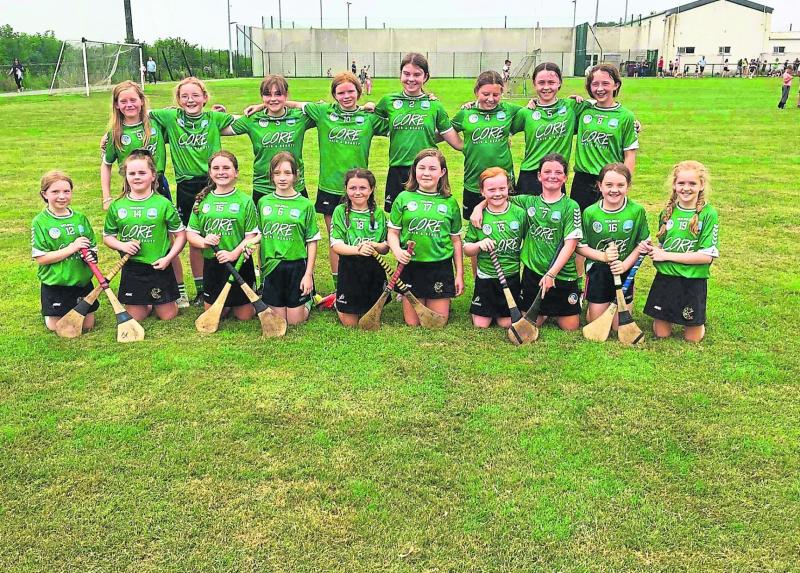 A sweltering Boherlahan provided the venue for the County U12 Camogie semi-finals on Sunday last as Templemore booked their place in this year’s final with a fine victory over Gortnahoe-Glengoole.

In a keenly contested game Gortnahoe started the stronger, landing a goal and a point early on.
To encourage point taking in underage Camogie teams are awarded three points for a ball pucked over the bar and a point for hitting the onion bag.

An April Bourke point got Templemore off the mark in the seventh minute before Gortnahoe struck their second point just before the first water-break to give them 1-2 (7) to 0-1 (3) ahead.

The water did the trick as Templemore began to find their rhythm in the second quarter. Caoimhe Percy opened the scoring with a fine point which was followed by another excellent point from the stick of Katie Bergin. Percy found the net with her next shot after great work by Rose Loughnane and Bella O’Dwyer and Templemore had moved into the driving seat taking a 3-point lead to the half time break.

It was Gortnahoe who got off the mark first in the second half as they broke through for a goal but Templemore were not for turning. Caoimhe Percy was fouled and pointed the resulting free and quickly followed up with a point from play.

The hardworking Molly Burke finished the second quarter with an excellent point and opened the third quarter in the same fashion with her second score of the day. Gortnahoe responded with a point of their own but it wasn’t enough and Templemore emerged victorious on a scoreline of 1-7 (22) to 2-2 (10).

This was a real team effort with outstanding performances in such hot conditions. Rachel Delahunty was rock-solid in goalsand made some vital saves. Cáit Bergin, Katie Daly, Emma Morris and Moya Grey were strong and uncompromising in defence and really got on top as the game progressed. Sinéad Delaney and Katie Bergin were outstanding, stalling many Gortnahoe moves and providing the launch pad for several Templemore attacks.

April Bourke played a captain’s role and along with Molly Burke and Alison Martin, worked tirelessly from start to finish.

Caoimhe Percy was a constant threat and the hard work of Bella O’Dwyer and Rose Loughnane in the forwards was a real thorn in Gortnahoe’s side.

All the subs – Aoibhe Burke, Orlaith Percy, Lila Sheedy, Caoimhe Kennedy and Angela Brennan – made strong contributions on their introduction and will certainly give the management team plenty to think about ahead of the county final. Date, venue and opposition to be confirmed but we wish the girls and their management every success.