They defeated Aherlow at Sologhead 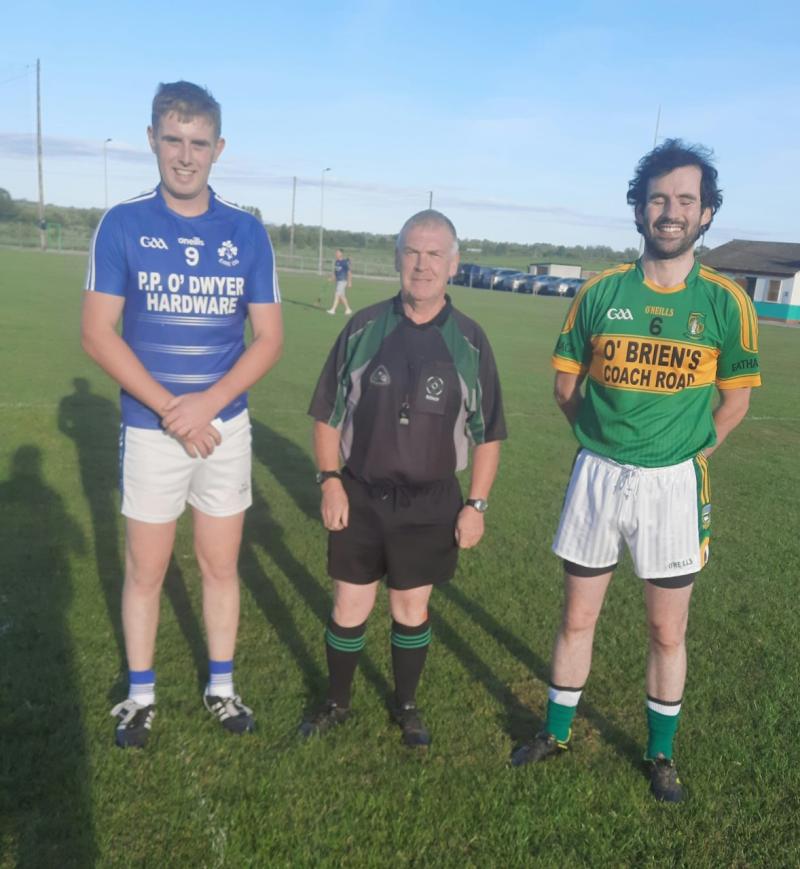 Played in ideal conditions on a well-maintained pitch, it took a good third quarter performance to reverse last year’s Final encounter. Two goals in a four-minute period during this period, coupled with four second half points from Jack Kingston, was the difference between the sides.

Aherlow, with midfielder Bernard O’Brien in fine form, shaded the opening half, which started low key and with scores hard to come-by. The first ten minutes was all about possession with little or no attractive football, but thankfully the game opened up subsequently and produced an entertaining contest. Aherlow were ahead at the break by the minimum, 2.3 to 1. 5 with both their goals coming from Bernard O’Brien.

The second half, and especially the third quarter, was where the game was won and lost, with Jack Kingston coming alive and goals from Willie O’Neill and Philip McGrath being the difference at the finish.

This game started at a very slow pace, with both sides playing possession football and neither willing to have a cut. The only score of a boring opening ten minutes coming from a free by Philip McGrath from out near the stand side. Cathal Coughlan added a second on ten minutes to go two clear, before the game to life. With twelve minutes on the clock, Tony O’Neill was adjudged to have been hauled down in the square and Bernard O’Brien slotted home the resulting penalty to take a slender lead. Max Reardon added a point two minutes later. Eire Og attacked down the stand side and when Philip McGrath’s shot on goal rebounded off the crossbar, Alan Shanahan rose highest to punch to the Aherlow net. Points from Kevin Franks and Bernard O’Brien had Aherlow had Aherlow ahead by the minimum with ten minutes of the half remaining.

Philip McGrath got in for two points to put Eire Og back in front but Aherlow goaled at the Village end when Bernard O’Brien got on the end of a great move, which he had started himself out at midfield. Philip McGrath got his fourth point of the half when he put over on the stroke of half time to leave the score at the break, Aherlow 2.3, Eire Og 1.5.

Eire Og came out for the second half a different team and attacked from the off. Jack Kingston kicked two points inside the opening six minutes, before Willie O’Neill goaled two minutes later. The game was effectively wrapped up on twelve minutes when Philip McGrath finished to the net following a run from out near the sideline, to go seven points clear.

The final quarter was even enough with both sides kicking four points apiece, O’Brien getting the Aherlow scores and Jack Kingston (2), Alan Shanahan and Richard O’Doherty on target for Eire Og.