Tipperary GAA wins for Mullinahone and Boherlahan in Community Games 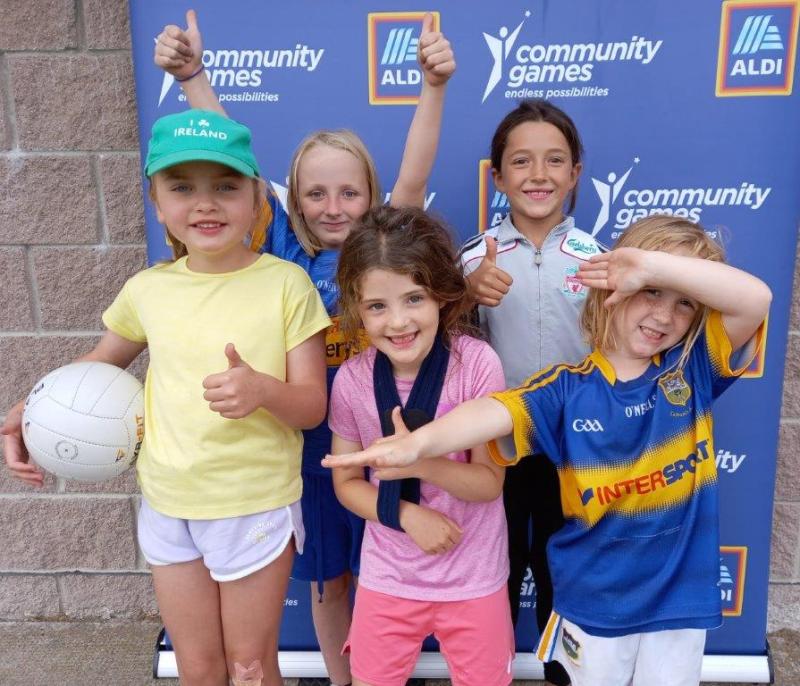 The Tipperary county finals of Aldi/Bus Eireann Community Games GAA events took place in Holycross on Monday, August 22.
The first final was the U10 mixed football between existing champions Newport v New Inn-Knockgraffon. This was a very good game between two very talented young teams. Newport retained their title after many exciting moments with New Inn who lost nothing in defeat to a very strong team with two years’ experience under their belt.
All of the New Inn players had wonderful games on their way to county decider. It is a great achievement to reach to county final and they will have benefited from the experience. Their parish are so proud of them bringing silver medals back to the village of New Inn and look forward to seeing them back in action next year.
New Inn: Theo O’Dwyer, Fionn O’Dwyer, Conor Mason, Billy Heaney, Cormac Durkan, Philip McCoy, Lorcan Kelly. Killian Brophy, Joseph Heenan, Conor Hogan, Richard Fitzgerald, Sarah Flynn, Shay Boland
Mentors: Kevin Heaney, Stephen Mason, Gerry Hogan, Martin Boland, Anna Heenan and Anita O’Dwyer.
The second final was the U11 hurling decider which turned out to be the match of the season between Mullinahone and Roscrea. The two teams were so evenly matched it was nip and tuck all the way. The teams were level with 10 minutes to go.
Spectators were glued to a nail biting finish which resulted in 3-7 to 2-8 a two point win for Mullinahone to become county champions.
They were presented with the Michael England Shield by Micheal England , Roscrea. Michael was an officer of Community Games for many years and his wife Kitty a former county secretary. His family now carry on the tradition with his grandchildren competing in many events. 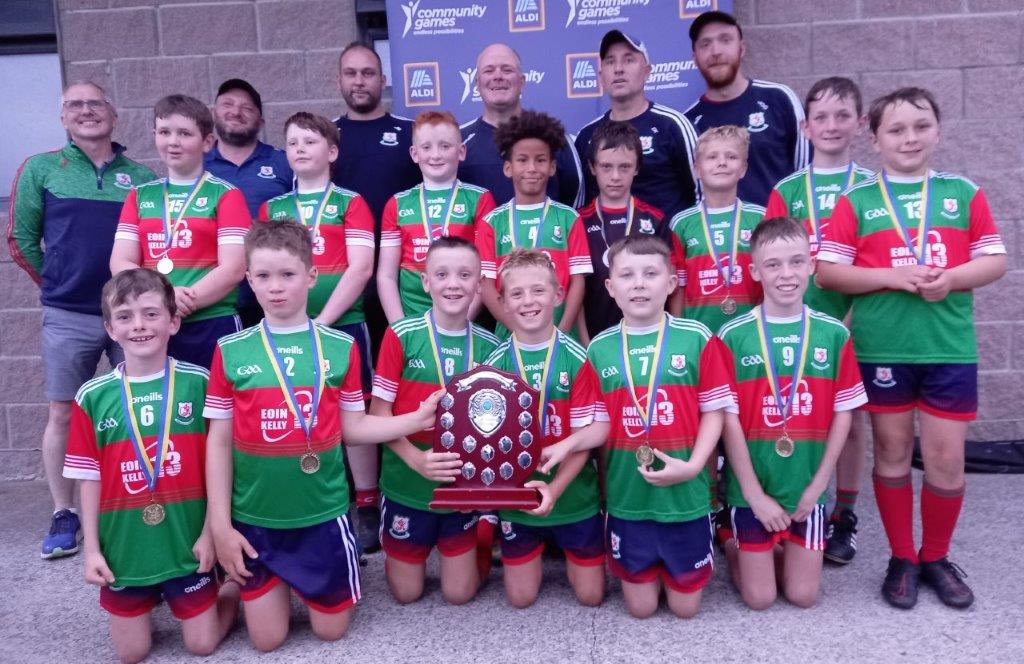 Pitch & Putt
It was a very exciting afternoon at the County finals in Templemore on Wednesday, August 22. Spectators were treated to an excellent display of skill and accuracy by these talented boys in a very close competition which resulted in a play off for Gold.
Final Result Gold Hugo Cloughjordan, Silver Charlie Cloughjordan, Bronze Oisin, Newport, Pewter Stephen, Newport.
Thank you to Holycross and Templemore for use of their facilities. To the volunteers at both venues who are vital in organising the events.
National Finals of Arts & Cultural Events took place in Carlow last weekend. Results of same will be published next week.