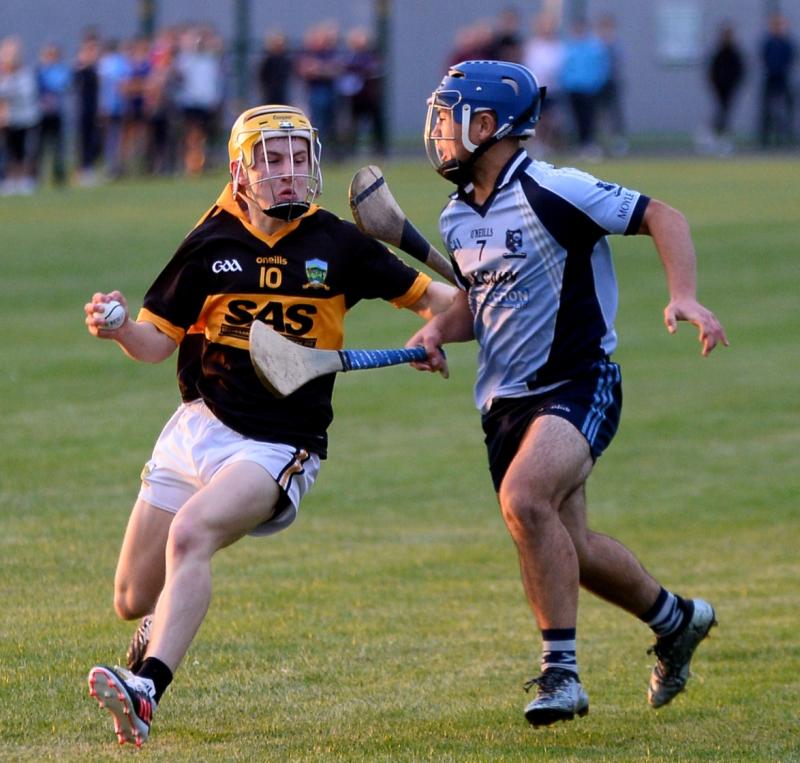 On Thursday last in O’Sullivan Park, Ballingarry the Pat Cleere Lawnmowers & Strimmer South Tipperary U 19BH Final ended in stalemate. With light fading fast it was decided that game should go to a replay next week.
The game never reached the heights expected of a real competitive final. Both sides only played in patches with St Patricks hiting 13 wides while Moyle Rovers had eight in total in the first half.
The Drangan/Cloneen side squandered eight scoring chances before a strong last 10 minutes secured the draw. Their final effort to win the game by Daithi Hogan was a hawk eye call. Also Conor Brett made a great save from Moyle Rovers Jake Forristal when a goal looked likely.
The game was played before a large attendance of supporters along the side lines with the referee having to dismiss one supporter to outside the field perimeter during the heated exchanges. However the disruption did not interfere with a sporting game of hurling by both team.
Moyle Rovers were first to score with a point from a free in the opening minute by Rory Collins from 70 metres. Inside five minutes the Monroe club added a goal and a point, all scored by Jake Forristal, the goal coming after a great link up with Rory Collins and Dean English.
St Patrick’s on their first attack were awarded a free on the 30m which Cathal Foley pointed.
In the 10th minute Kieran Butler added a long range point for Moyle Rovers then Cathal Foley pointed a 20 metre free for St Patrick’s before the first yellow card of the day was issued to Rian McCormack.
Moyle Rovers took their chances in the next five minutes scoring two points from frees from Daire Lutrell and Rory Collins putting Moyle Rovers 1-5 St Patricks 0-2 ahead. In the 18th minute St Patrick’s struck with a great goal from William Cleere after a great save by Cathal Cullinan from Aiden Fitzgerald.
Moyle Rovers immediately upped their game with Daire Lutrell adding two points, one from a free 40m out.