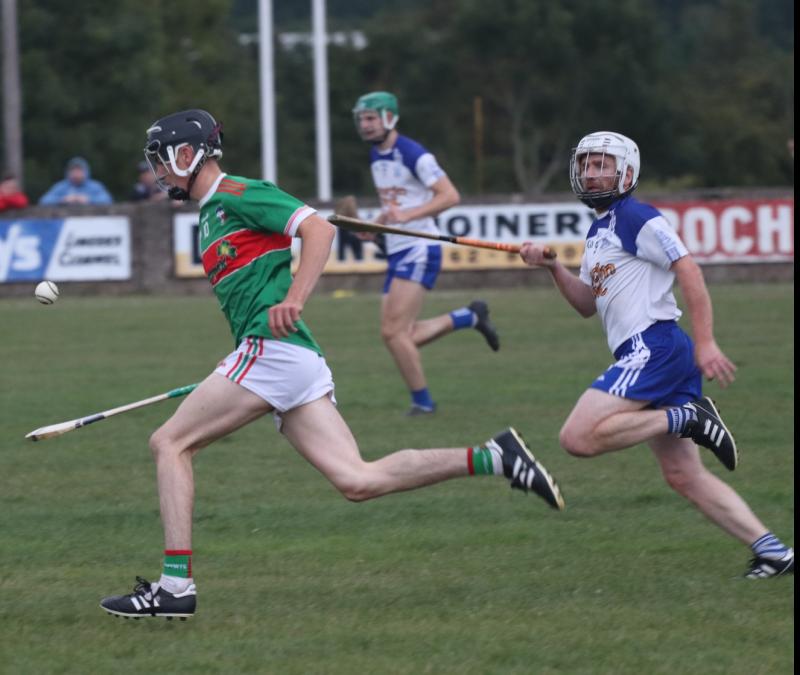 Stephen Dee goes on a run against Capapwhite which started the combeack . Pic: Photo Francis Coughlan

Solohead booked their place in the Tipperary Co-Op West Junior B Hurling Championship Final for the first time since 2014 with victory over Cappawhite in Sean Treacy Park on Friday evening. Both sides went into the game unbeaten with Cappawhite having a perfect record at this stage of the competition with four from four. It was also a repeat of the sides 2017 semi-final meeting which had been won by the Cappawhite. Just under two years previous, Solohead defeated their neighbours in the same venue at the quarter final with a strong second half performance but then covid restrictions intervened.

On reflection of the final scoreline, Solohead came away with a five-point win but entering the final quarter the game had a truly different complexion. Tommy Coughlan had just pointed for Cappawhite to put them eight points clear. Both sides were now playing with 14 men with Solohead having had the disadvantage since early in the second quarter. Cappawhite were in pole position while Solohead struggled to find any real cohesion up to this point. Though it was all about to change.

The turning point started with Philip Doherty’s save from Mikey Carmody where a goal would have all but sealed the Cappawhite men’s passage to the final. Solohead seemed to find a renewed confidence with Paul Ryan sent to the half forward line while the two Dee brothers now linked up well. Aaron Ryan was now finding space and goals from him and Paul Ryan gave Solohead the shot in the arm they needed as they outscored their opponents 2-8 to 0-1 in the final quarter.

Cappawhite dominated the early exchanges and by the eight minute had pulled five points clear. James Quinlan continued where he left off in the U19B Final on Tuesday evening his accuracy from placed before Anthony Barry found the net after full back Noel Kennedy failed to gather control of the possession. Christopher O’Connor playing as a third midfielder got Solohead off the mark but further points from Ross Dunne and Paddy Julian extended the Cappawhite advantage. Dunne would pick up a lot of loose ball throughout the first half to good effect. Solohead were keeping in touch but Cappawhite continued to be in charge. Paul Ryan pointed a long range effort for Solohead. Ryan was operating at wing back and at times acting as cover for the half back line and certainly making an impression.

The gap went between four and five points with Aaron Ryan opening his Solohead account while James Quinlan continued his accuracy from placed balls. Ross Dunne continued to cause problems at midfield and brought the gap out to six points with just over ten minutes to play. Things got worse for Solohead with the dismissal of Anthony Owens on a second yellow card. Solohead temporarily rallied with points from James Dee and Christopher O’Connor. Points from Ross Dunne, Tommy Coughlan and James Quinlan though had Cappawhite five to the good at the break, 1-11 to 0-9 and with a numerical advantage. 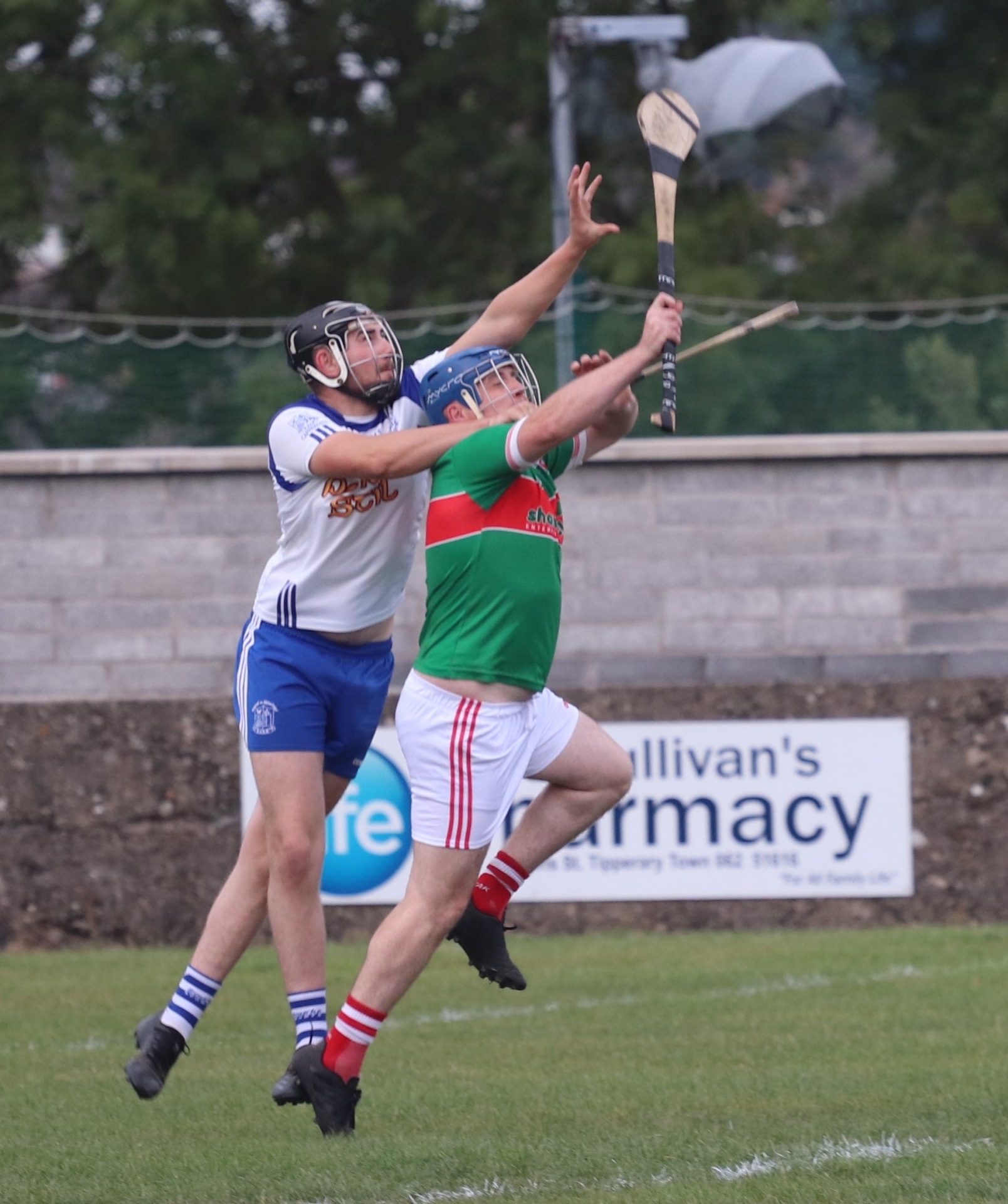 Noel Kennedy (Solohead) gets out ahead of Anthony Barry (Cappawhite) in the Tipp Co-Op West JBHC semi-final .Photo Francis Coughlan

James Dee pointed two frees for Solohead in quick succession when the sides resumed as they looked to find a spark to get them back in the game. Cappawhite continued to dictate terms. Michael O’Neill was operating well throughout and he sent a long ball in from the wing at the stand side which was won by Anthony Barry who finished to the net. Then the numerical advantage was balanced out with the dismissal of Ben White on a second yellow.

By the three-quarter mark Tommy Coughlan added his third point from play and Cappawhite were in pole position. Mikey Carmody then got in for goal only to be denied by a brilliant save from Philip Doherty with the follow up effort going off the post. This seemed to be the turning point of the game.

Stephen Dee won possession on the 45 before embarking on a run which eventually forced Neil Clancy into a save for a 65. James Dee found the range from the 65.

Solohead were now finding space in the forwards with Paul Ryan brought into the half forward line before being positioned on the edge of the square. The move paid dividends with Ryan finding the net. Solohead now looked the fitter and more dangerous team. Christopher O’Connor and James Dee cut the gap to two points. The Dee brothers were now connecting well between midfield and the half forward line.

A delay in the Cappawhite puckout resulted in referee Paddy Russell throwing the ball in. The throw in broke to Aaron Ryan who flicked past Neil Clancy and suddenly Solohead were ahead for the first time in the game. Solohead were now in control and scored freely in the final few minutes though it was not without its scares. Philip Doherty was again called in to action to deflect a 20m free for a 65 which was pointed by James Quinlan. It was now a three-point game but Solohead now showed a real hunger and further points from Stephen Dee and a fourth from Christopher O’Connor sealed the issue for Solohead and their overjoyed supporters at Paddy Russel’s full-time whistle.

Solohead will now play Knockavilla Donaskeigh Kickhams in the final.