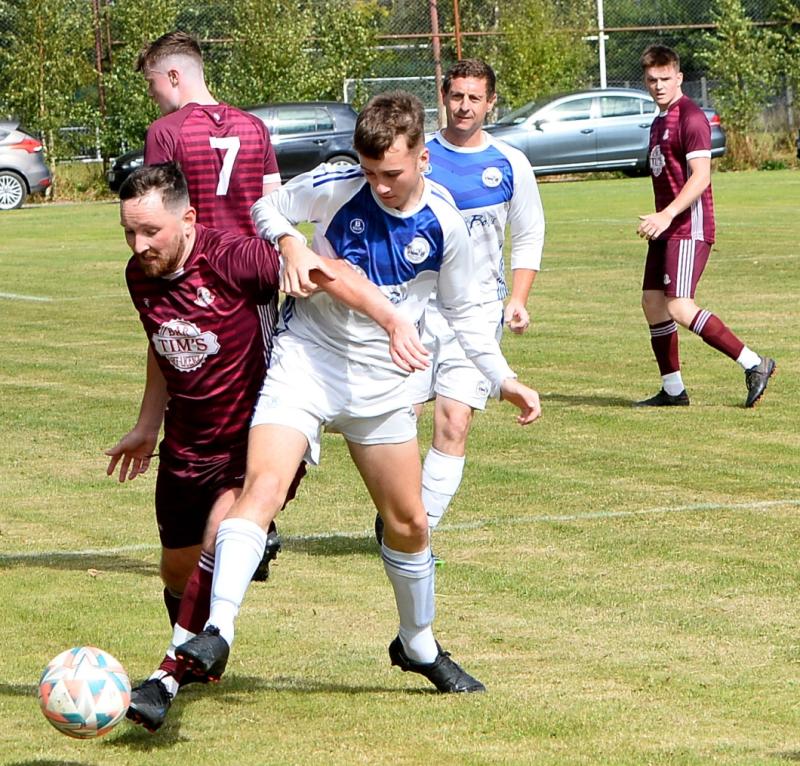 Suirside 2 – 0 Cashel Town
Suirside continued their extraordinary run of unbeaten league games with another win at home against Cashel Town on Sunday afternoon.
A very hard fought game between both sides saw the home team having the better of the play for most of the first half, but coming up against a very resolute Cashel defence who kept their real chances to a minimum.
The best chance for the home side in that opening half came right on the stroke of half time when a John O’Donnell header grazed the top of the bar before being cleared away to safety.
The home team took more control in the second period, coming close on a number of occasions before they finally broke the deadlock five minutes from time, when Jason Coffey got some reward for his man of the match performance with a 25 yard effort from a free kick to give his side a late lead.
Cashel were now forced to throw bodies into attack to try to get something from the game, and this left gaps which Coffey exploited for a second time minutes later with a second brilliant strike from outside the box to assure his side a well deserved win.

St Nicholas 3 – 1 Cullen Lattin
On a bright but windy day at Danny O Dwyer Park in Solohead, St Nicholas got the better of their West Tipperary neighbours to record their first win of the season in what is looking like a very competitive league.
The game was even in the first half hour, but the home side were unlucky not to open the scoring just after that half mark when Aaron Ryan fired just over the bar after being put through by some good build up play.
They finally opened the scoring shortly after when Brian Lowry who took advantage of a headed assist by Wayne Barry in the 36th minute.
There were no more goals before the break, and the second half started in much the same fashion as how the first half was played, a very even affair with chances at a premium. Early on Tom O’Mahoney was unlucky not to get an equaliser for the visitors early in the half, but was thwarted by the home keeper.
But five minutes in Darragh O’Brien was not to be denied when he took advantage of a swift counter attack to draw the sides level.
Both sides had half chances after that, but eventually it was a stroke of luck that gave the home side the lead again when Cullen conceded an own goal 18 minutes from the end.
Nine minutes from the final whistle, Aaron Ryan could have finished the game when he was again put through on goal, but he fluffed his lines with just the keeper to beat.
But credit to him, he kept making himself available for the ball and finally got the goal his play deserved three minutes from time. 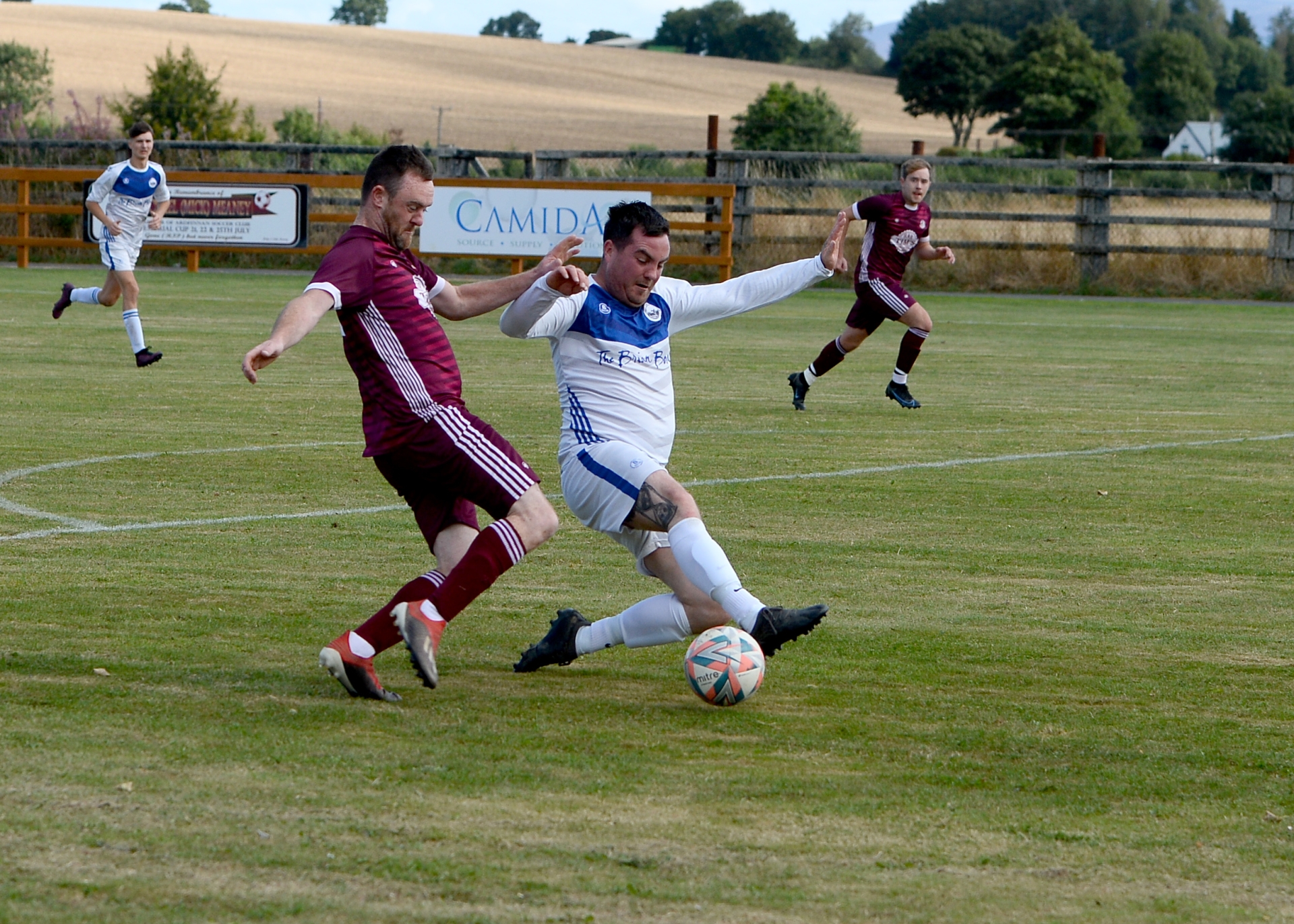 Cashel Town’s David O’Dwyer gets a leg in to touch the ball from Suirside’s Simon Farrell in the Clonmel Credit Union League Division 2 game played at Grange on Sunday last. Pic: Michael Boland

Clerihan 2 – 1 Rosegreen Rangers
This was a highly anticipated derby game between two rivals playing their football only a few miles apart, and it was the visitors who started brighter getting their noses in front with a goal within the first five minutes of the tie.
The teams settled after that frenetic start however, with Rosegreen holding the home side at arm’s length not giving away many chances, while always looking dangerous on the counter.
But neither side added to the first half goals, though continued into the second period constantly looking for that next breakthrough. Clerihan finally got it when Aidan Phelan scored a poacher’s goal just after the hour mark, when after a strike from distance from Andrew Hill rebounded off the keeper, Phelan popped up to put the ball into the net.
The home side took control after this and four minutes later, took the lead when a corner kick from Hill eluded everyone and creeped in at the back post to the delight of his team and their supporters.
The game then became helter skelter with Rangers throwing men forward to try to get an equaliser, but in the end the home side stood firm and collected the points.

Galbally United 1 – 0 Dualla
Galbally United picked up their first win of the season with a hard fought win over Dualla on Sunday afternoon.
The two sides were very evenly matched but neither could break down the other by the half-time break. The second half followed the same pattern, but the home side finally made the breakthrough just after the hour mark when Ger Quinlan finished well past the advancing keeper.
Dualla continued to try to push for an equaliser but the home defence held out to ensure their team would take the points in the end.