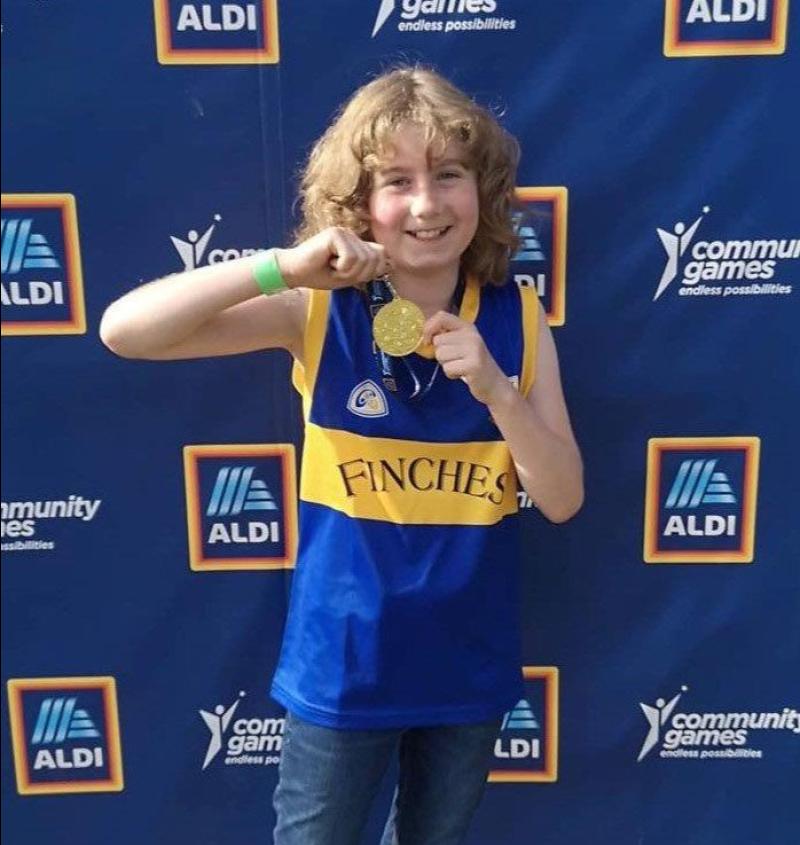 Over 1,000 talented sports children along with their families and supporters from all over Ireland travelled to Visual Art Theatre and St Patrick’s College, Carlow to take part in the second of the Aldi Community Games National Finals Events.
Children aged between six and 16 took part in the National Arts and Culture Finals in a host of different events including Art, Handwriting, Singing, Dancing, Chess, Model Making and more.
Over 600 medals were awarded with Tipperary competitors winning 14 of these, ie one Gold, four Silver, three Bronze and six Pewter.
Roscrea’s Maria Madden, gave an outstanding performance to win u12 solo music.
Silver medals were won by won by:
U10 Handwriting Bobby Power, Mullinahone,
U16 Recitation Cait Browne, Holycross.
U16 Solo Dance Leah Delanhunty, Moycarkey Borris.
U13 Project. Gavin Chadwick and Bobby Gleeson, St Flannan’s
Bronze medals were won by the following:
U8 Art James Byrne, Ballinahinch Killoscully
U14 Art Eamon O’Bioragra, Newport
U12 Group Music Adele Corcoran, Grace Ryan, Aoife Timmons. Moycarkey Borris
Pewter was achieved by:
U12 Solo Dance. Erin Delahunty, Moycarkey Borris,
U12 Art Sean O’Bioragra, Newport,
U12 Handwriting, Kaela Crampton, Roscrea.
U12 Art Nina Donnellan, Newport
U14 Art Cormac Boylan, Ballingarry.
U12 Recitation Maria Stapleton, Moycarkey Borris.
Congrats to all medal winners and very well done to all competitors who had a ball enjoying a better than ever carnival atmosphere with something for all the family.

UKRAINIAN WINS GOLD
Ivan Suprunenko wowed the judges with his piano skills clinching a gold medal in U16 Solo Music. All the more poignant, Ivan has only been in the country five months, having left Ukraine for the very welcoming county of Roscommon.
The colourful and lively celebrations were open to the public with many outdoor events available for free to entertain the crowds - including Giant Chess, Magic Shows, Parades, Music, Face-painting, Stilt Walkers, Penalty Shoot-outs, Skittles and much more. It was a very special event for all the family and magical for the children.

Bus Éireann, National Travel Partner of Community Games had a team on site to meet and greet participants, family and friends this weekend as well as having treats and prizes in for some lucky children!
President of Aldi Community Games Gerry McGuinness said:
“This event exceeded all our expectations! It was a true celebration of Arts & Culture. It was inspiring to see so many children get up on stage and perform to the general public to cheers and applause.”
The weekend started with a parade with Community Games children and the Cloughjordan Community Circus who brought their own lifesize puppet elephant along! The music and colour really added to the celebrations the future is bright with these children leading the way!” 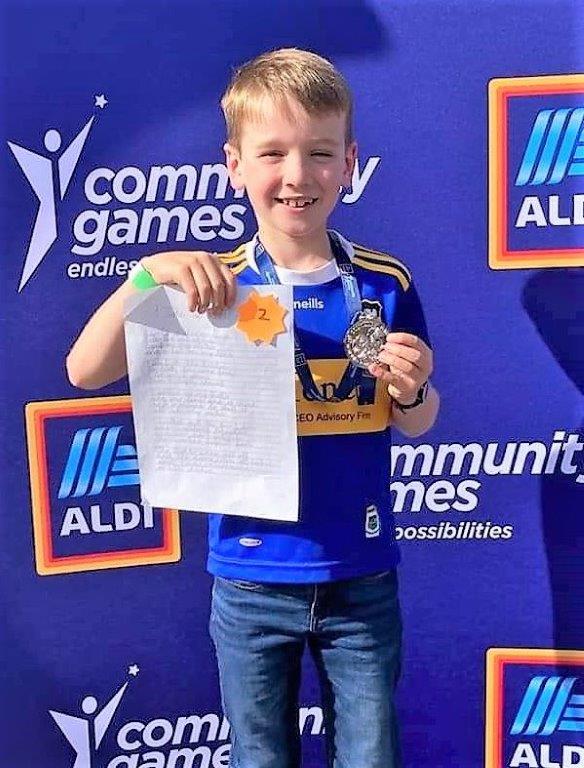 MUNSTER TEAM FINALS
The Munster final of all team events will take place in UL next Saturday, September 10. Tipperary are hosting the finals this year with a total of 12 teams taking part.
Congratulations to County Youth Officer Emma Murray, Ballingarry who secured exceptionally high results in her Leaving Certificate. We are all so pleased for Emma and wish her the best of luck in the future.
The next National Finals Event for Community Games takes place on September 24 in the University of Limerick for the Swimming and Outdoor Teams Event.