Clonmel team have 18 points to spare over Kilsheelan/Kilcash 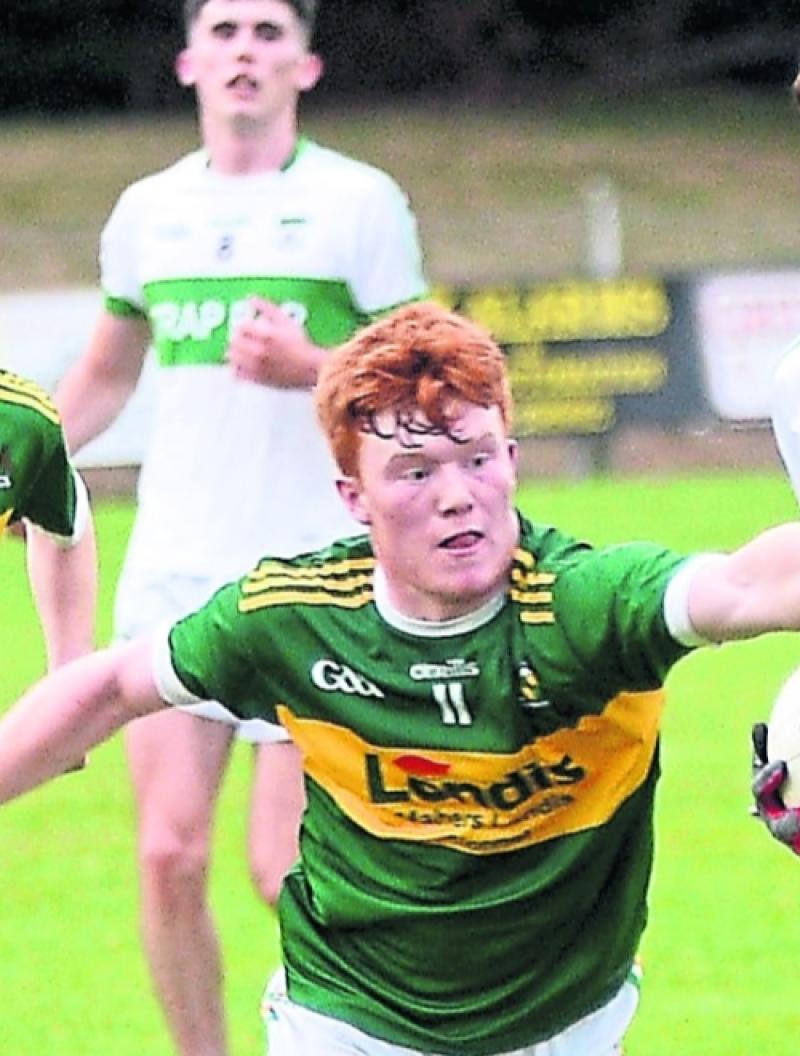 Sunday’s Sureprint South Tipperary Under 19 A Football Championship final in Monroe was a one-sided game from start to finish.
Clonmel Commercials’ very fit and strong unit has aspirations of going all the way to the county final and on this display it will take a good team to stop their progress.
Commercials raced into a 1-7 to 0-2 lead by the end of the first quarter, with Declan Nee scoring 1-1. The goal followed a great movement between Peter McGarry and Oisin Forristal, with Declan giving Kilsheean/Kilcash goalie Oisin O’Donoghue no chance.
The Clonmel team also had scores from Cian Smith (0-2), Peter McGarry (0-2), Rory O’Dowd and a 45 from Kian O’Reilly.
Kilsheelan/Kilcash responded with pointed frees from Tommy O’Connor and Paddy Ormond.
Declan Nee and Cian Smith added further points for Commercials, while Eoin Barry had Kilsheelan’s first score from play.
However Commercials’ dominance continued, with their fast-flowing play resulting in Declan Nee almost scoring another goal that resulted in a point.
Almost immediately Cian Smith added a point from play, and with the break fast approaching Declan Nee got his second goal.
On the stroke of half-time Ruairi Leahy fisted a point from an acute angle to leave the score Clonmel Commercials 2-11 Kilsheehan/Kilcash 0-3 at the break.
After the interval Kilsheelan introduced Billy O’Gorman and this brought a short-term lift to the team , as they created more chances and more attacks. In the third quarter they hit 1-3, with the goal coming from Jack Landy and three points from frees by Tommy O’Connor.