St Joseph’s Borrisoleigh students get stuck into some farm fun 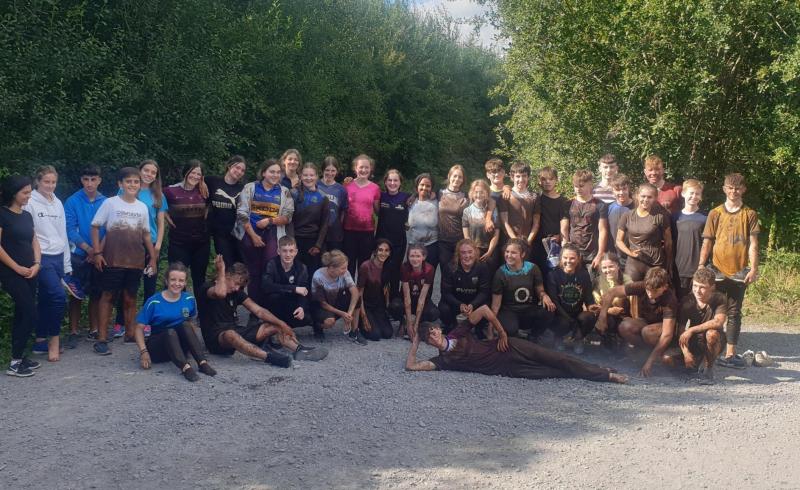 Last Thursday, the TY students of St Joseph's College Borrisoleigh bundled onto a bus at 7.30 am to embark on their trip to Causey Farm, a family-run pet farm and activity venue located in Co Meath.

The journey was a long one, but the students were content as some slept soundly until we reached our destination. Upon arrival, one instantly noticed the sheer size of Causey at over 350 acres. The farm boasts a host of facilities for visitors, ceili dancing classes, a wonderful pet farm, and the notorious bog jump, to name just a few.

Our guide Donnacha first lead us to the Causey kitchens, where teachers and students alike learned how to make their own pizzas from scratch. This experience was not only educational but very tasty.

During the day, we also picked up some new moves. As ceili dancing classes took place, students learned a variety of dances from "Shoe the Donkey" to "The Siege of Ennis."

By the time our lessons ended, we were all ready to devour our pizzas which turned out to be as delicious as they were fun to make.

Nenagh U17s claim back to back titles with win over Roscrea

As previously mentioned, Causey boasts a wonderful pet farm with a variety of animals, such as geese, cows, baby alpacas, and rabbits. It was almost impossible not to smile when we were all given the opportunity to play with puppies or hold a baby rabbit.

However, some students chose a more daring experience and were given the opportunity to try and catch a piglet.

Now for the main event, the bog jump. After loading ourselves into a cattle trailer, we were slowly led towards the bog, where we proceeded to make our way on foot, hopping over nettles and scrambling through tunnels and tires.

Once we reached the bog, everyone received a safety talk to ensure that nobody became entirely stuck in the mud. As we filed along the edge of the slope, students hollered, "Three Two One!". Just like that, we were in.

Despite the shrieks and squeals that must have echoed for a five-kilometre radius, everyone thoroughly enjoyed the experience, mud and all!