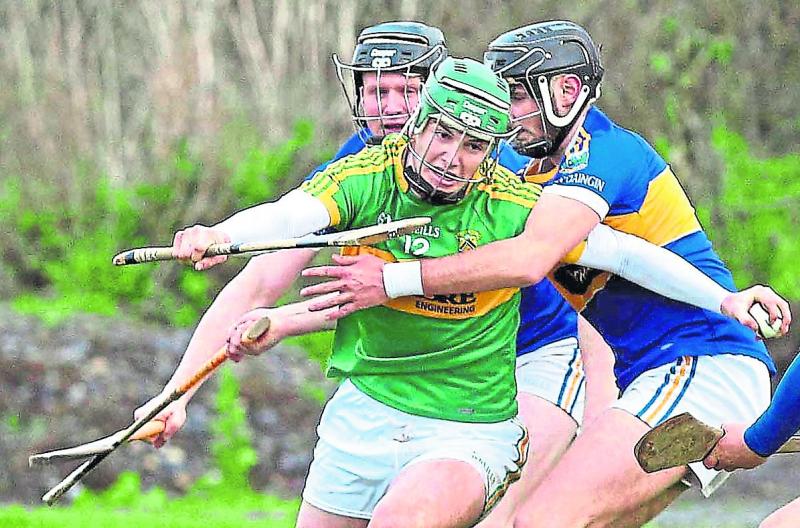 Senseless timing of the two games on Sunday denied patrons the chance to see both matches. All it needed was half an hour adjustment to either tie and then the two were reachable. I despair.
Anyway, Brackens were surely the story of the day, with their late swoop to beat Nenagh in the second of the preliminaries. From reports it appears that Eire Og were cruising midway through the second half but then fell victim to a late surge by the Templemore side.
It’s a stunning reversal for Nenagh and a major scalp for Brackens and Eamon Corcoran, as they line up a first-ever county quarter-final appearance.
Elsewhere Carrick Swan suffered a tantalising defeat in their preliminary quarter-final of the premier intermediate championship, which was played at Boherlahan on Saturday. If tightness is the main requirement for thrills in a game, then this one had it, though the quality was definitely lacking in the hurling.
Deep, very deep, into injury- time Swans seemed to have done enough to carve out what would have been a morale-lifting victory. They were three-up and deservedly so. Silvermines were scrambling to save the day, a Jason Forde free saved in what seemed to be a last chance. But there was another attack and another shot from Forde, which was again saved, only for Ger Leamy to turn the rebound in.
It was frustrating for the south side whose gutsy effort seemed to have earned a just reward. There was annoyance with the additional time played, though it must be said there were many prolonged stoppages – too many and too long when the referee might have demanded more urgency from the medics.
Anyway, the extra-time stayed tight, with the sides level again on the turnover. Even when Silvermines got their second goal, scored by Oran Quirke, Swans rallied again – including a super leveller from Billy Murphy - and penalties looked likely before a late Jason Forde free settled it all.
It was fitting because Forde was the main man of the day, hitting 17 points in total. Aaron Dunne was the highest flier of the Swans, pitching in with 1-6, 1-1 from play.
Taylor Fleming had their second goal and the likes of Eric O’Halloran and Cory Ryan were major threats in attack too. It was a day when Danny O’Hanlon’s presence might have been the difference.
A win would have been a morale boost for the south side but in the longer term not much more because it was always unlikely they’d win out this championship. Their task now is to avoid relegation. I think they have enough spirit in the side to do just that.
Finally, the senior quarter-final draws have just come to hand. Clonoulty drew the short straw in favourites Kiladangan; there’s two tasty all-mid ties in Upperchurch v Brackens and Drom v Loughmore; and finally, an all-North clash in Kilruane v Toomevara.
The games will be played on the weekend of September 24/25.