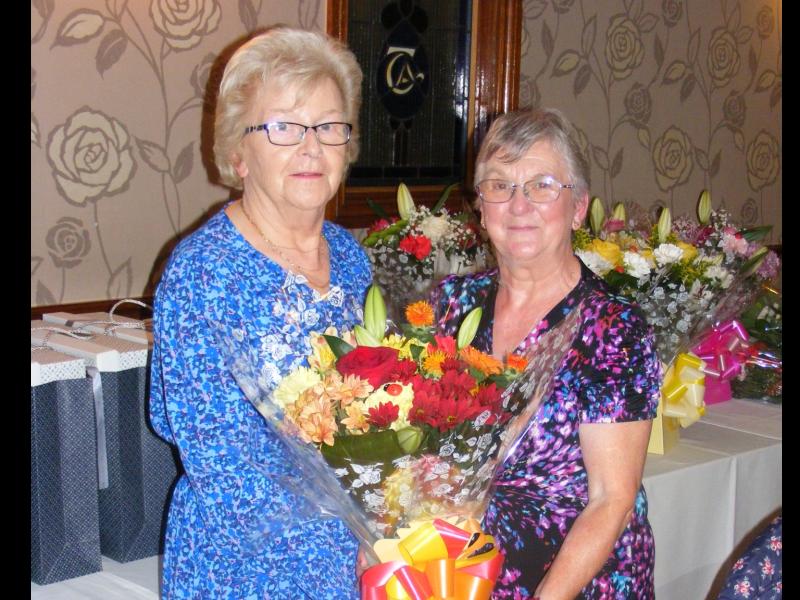 Established from very modest beginnings in 1979, Templemore Community services has played a much valued role in our community over the last four decades.

In each of these areas Templemore Community Services reaches out to people in our community to provide them with support, comfort and expertise as they face significant challenges or needs in their lives.

There were many early volunteers including Nancy Treacy and the late Mary Shelley. The support of the late Dr Thomas Morris , Archbishop of Cashel and Emly was very instrumental at the outset as was the support of the Sisters of Mercy in providing trained social workers to the service.

In addition the decision by Canon William Noonan to provide the entire former CBS monastery for use by Community Services was crucial to its development.

40th birthday plans had to be shelved in 2109 due to the pandemic so on Friday last we gathered in the Templemore Arms hotel for a belated birthday and also to mark the contribution of so many people to the service.

Recognised at this event were the staff of the service who gave selfless and valiant service during the recent COVID-19 pandemic. During those dark days nearly 700 dinners per month were delivered to local people living alone, while telephone and other ancillary support was provided.

Audra Larkin, our new General Manager of the service, was introduced to the gathering and made a short presentation on her plans and ambition for the service. In view of their sterling work as long standing board members and also redoubtable fundraisers, floral presentations were made to Deirdre Conlon, Dorothy Bradish and Teresa Devaney.

The event concluded with hospitality and refreshments after which there was a great deal of catching up and reminiscing about the service.

We thank Sr Mary Moloney for outlining many of the milestones in history of the service and we also thank Fr. Jim Costigan for leading the prayer service to remember deceased members, volunteers and clients of the service.

Two members of the Board of the service , Fr Conor Hayes and Michael Crowley were unavoidably absent on the day due to other commitments. The service looks forward, with your support, to remaining at the heart of our community and continuing to serve its needs in the years ahead .