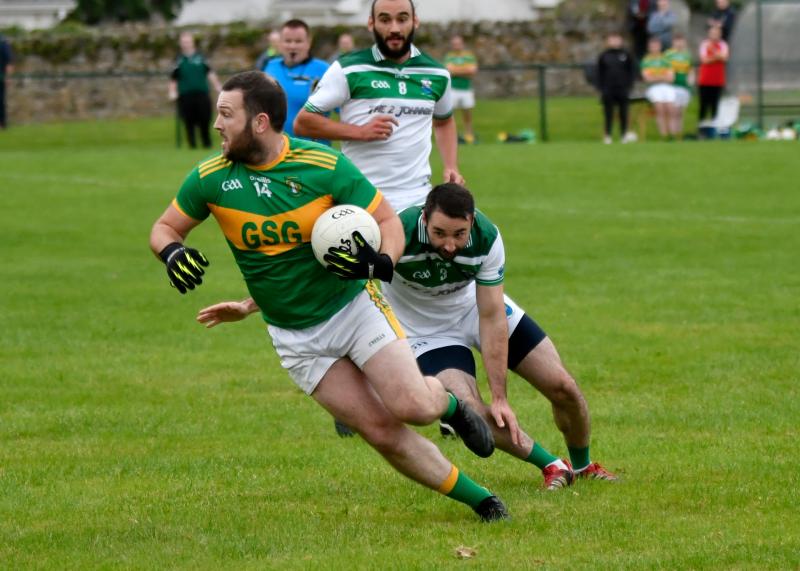 With a display full of commitment and determination right from the start, Aherlow Gaels got their county senior football championship campaign off to a winning start against Cahir under lights at Ballyporeen on Friday evening.

Helped in no small way by nine pointed frees from Barry Grogan over the hour, the West Tipperary side seized the initiative early in this game and were always in command once they got their noses in front towards end of the first quarter.

A lively opening 10 minutes saw the sides level three times, going score for early on with Stephen Grogan and Jack Buckley (2) on target for Cahir and Seamus Grogan's with Aherlow's first score followed by two frees by his brother Barry.

Thereafter Aherlow took control of proceedings to lead by 0-7 to 0-3 at the first half water break. Two of those opening quarter points came from play from Cathal Dillon and Mark Russell, but it was a sublime free from 47 metres right on the sideline by Barry Grogan just before the water break that was pure class from the former inter-county star.

While the tempo of the second quarter died somewhat, Aherlow Gaels, managed by former Limerick footballer Pat Galvin, were deserving of their 0-8 to 0-6 half-time lead. Indeed Cahir might have been somewhat flattered by that half-time deficit, finishing the first period with three late points, having gone without a score from the 10th to the 29th minute of that opening half.

Within 10 seconds of the resumption Mark Russell kicked his second excellent point of the evening to stretch the advantage to three and within three minutes of the restart that lead was doubled when Ben Carey goaled for Aherlow. A quickly-taken sideline ball was worked through Barry Grogan, Cathal Dillon and Stephen Moloney before Carey arrived like the proverbial train to accept a well-placed pass and finish low to the net.

Things went from bad to worse for Cahir in the 38th minute when they were reduced to 14 men. Already on a yellow card, Ian Flannery picked up a black for a foul on Stephen Moloney, and referee Brian Tyrrell followed that yellow-black card combination with the mandatory red. Barry Grogan pointed the resultant free and Aherlow Gaels were seven points clear and coasting.

At the second half water break it was 1-11 to 0-6, Aherlow’s latest point arriving once again from a Barry Grogan free won by Thomas Hanley in a move which started with a brave save at the other end by the excellent Jack Whelton in goal. That move up the field by a fired-up Aherlow summed up their determination. Whelton had also made a superb first half save to deny Cahir captain Stephen Grogan a goal.

During the third quarter a disappointing Cahir had failed to raise a flag with so many of their advances running up dead ends stopped by powerful defending by the likes of Tom O’Donoghue, Sean Mullins, Tadgh Carew and Laurence Coskeran. Cahir simply hadn’t the keys to unlock that dogged determination and total commitment from all six Aherlow defenders.

The Gaels pushed their advantage to all of nine points at the start of the final quarter before Cahir’s first score of the second half arrived in the 54th minute. A delivery into the area by Stephen Grogan was touched home by Niall McKenna and after conferring with his umpires, the referee allowed the score to stand. 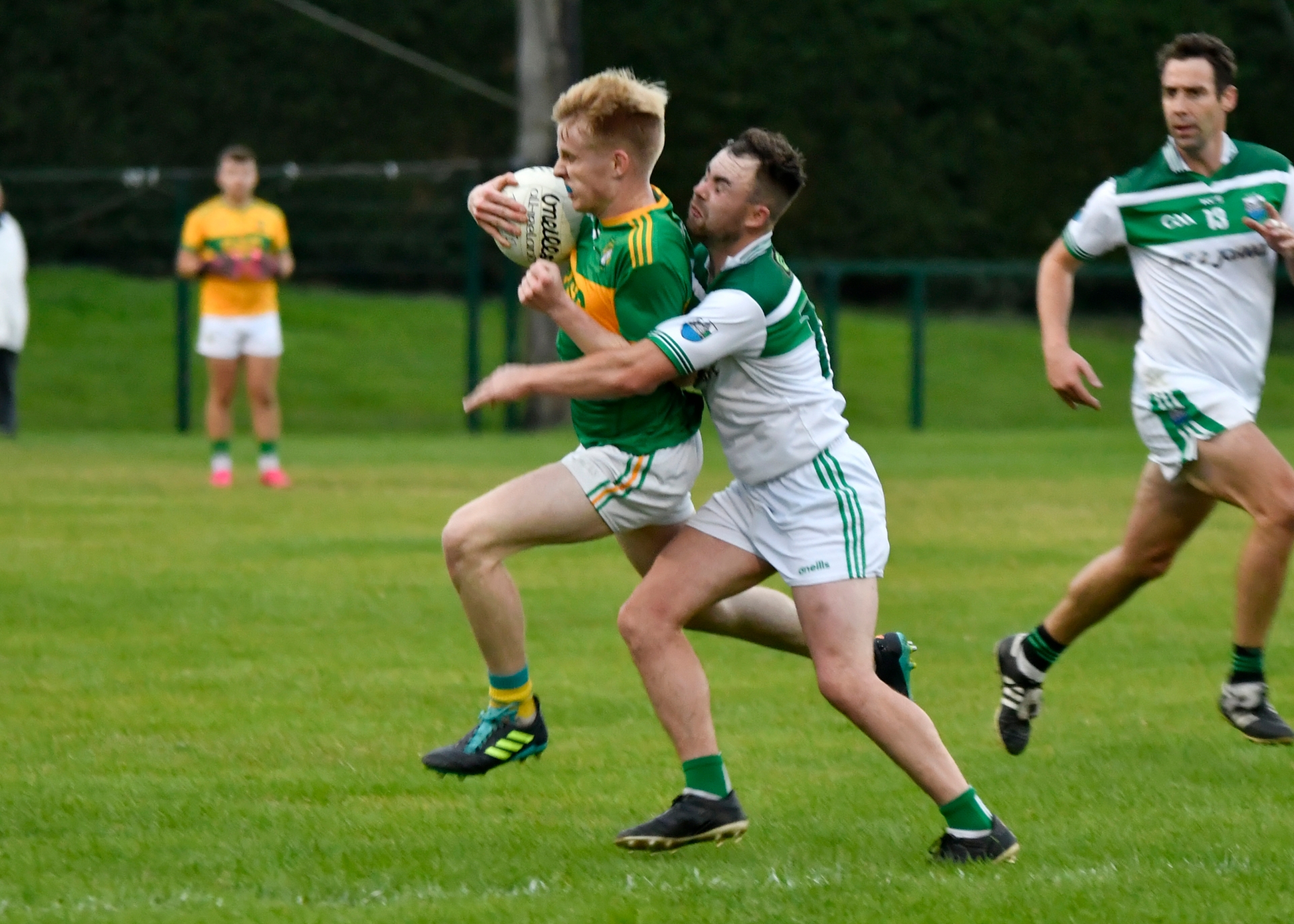 Aherlow's tireless Tadgh Carew then popped up from defence on an overlap to kick his well-deserved point in the 56th minute. Of little consequence now, Cahir finished with two late points from play from Niall McKenna and Sean Murphy, with Barry Grogan and Jack Buckley also swapping late frees. However, the South Tipp side were to finish with just 13 men when second half substitute Kieran O’Dwyer was dismissed in the 61st minute having picked up two yellow cards.

So all-in-all a fully deserved opening win for Aherlow Gaels and a big relief for them with games to come against Moyle Rovers and Upperchurch/Drombane. Last year they were involved in a relegation semi-final, overcoming Ardfinnan. They will be anxious to avoid that route again this year and with this opening day win will have given themselves a platform to drive on from.

It was an all-round team performance from Aherlow that secured this win. The defence as a unit was magnificent and worked their socks off all through. Around the middle Mark Russell, Kevin Kinnane and Ed O’Meara had the best of it, while up front the Grogans, Cathal Dillon, and the Hanleys when introduced all played big parts.

For Cahir it was a disappointing performance and they have a whole lot of work to do to get ready for their upcoming games now if they are to play a part in this year’s championship. But in the likes Niall McKenna, Stephen Grogan, Jake Kiely, Ger Hally they had good performances but overall they hadn’t enough of them. In the first half they went 19 minutes without a score, and in the second half had to wait 22 minutes before they opened up their account.

THE LATE JOHN McNAMARA
Before a ball was kicked this evening in Ballyporeen a minute’s silence was observed in memory of well-known Tipperary football personality and current Clonmel Commercials' president, John McNamara, who died earlier on Friday morning. John, over many generations of involvement in Gaelic football, as a player, a manager, a mentor, had a huge presence always. That presence will be sorely missed into the future.

Condolences to all the McNamara family at this very sad time for them. May he rest in peace.